Didn’t President Obama tell Americans that if they liked their insurance plan, they would be able to keep it under Obamacare? Actually he did, at least 36 times. So what happened?

In the faculty clubs of Harvard and MIT, Obamacare made great sense. The federal government would subsidize states to create their own insurance exchanges where commercial insurance carriers could sell policies to individuals and families who didn’t have insurance through work and couldn’t afford a traditional policy. Those below certain income thresholds were offered Medicaid.

All well-meaning, but the road to hell is paved with good intentions. The first major bump in the road is the concept of essential benefits. According to the Obamacare website, “Ten essential health benefits must be offered at no dollar limits on every plan under the Affordable Care Act.” Much like having to buy every option for your new car even if you only want the basics.

These three features are hallmarks of Obamacare, allowing anyone and everyone to receive health care insurance, regardless of their health, age, or concurrent illnesses, and have coverage well beyond what that particular individual needs. Compassionate and fair? Sure. Economically realistic. No way.

What other types of insurance operate in this manner? How about life or disability insurance? A 60-year-old sedentary smoker with hypertension and diabetes, and a family history of colon cancer will pay far more, if any company would even issue a policy, compared a fit and active 40-year-old nonsmoker on no medications. The insurance company actuaries know with a high degree of probability the life expectancy and probably of a payout each year for each of those two individuals and they price their insurance policies accordingly.

Car insurance is no different. What happens to your premium after a few accidents or a DUI? These are considered pre-existing conditions. Who pays more for car insurance, a 16-year-old boy who just received his license or a 40-year-old mother of three? No guaranteed issue here, ignoring the obvious risk variation based on age and gender.

What if homeowners insurance had guaranteed issue? You could wait until your house is flooded or on fire and then buy insurance. The company would be forced to sell you a policy. And think of the money you would save not paying premiums until you actually needed the insurance.

What this all leads to are the economic concepts of adverse selection and moral hazard.

Adverse selection occurs when unhealthier people, those with existing medical problems, smokers, those with higher health care needs, and costs, are more likely to purchase insurance than their healthier counterparts. In a market-based system, higher potential medical costs translate into higher insurance premiums, and vice versa. Under Obamacare, everyone pays the same and gets identical coverage.

Insurance companies look at their potential market, calculating premiums based on the average health status of those who might purchase their policies. Unhealthy individuals will view this as a bargain. They need insurance, and the premium is less than their health status warrants. Similarly, healthy individuals, unlikely to use the insurance, will choose to not purchase it as for them it’s a waste of money.

So who does United or any other carrier end up insuring? The sicker and costlier individuals. The economic impact is significant. “UnitedHealth had previously said that it lost $475 million on the ACA exchanges last year and could lose another $500 million this year.“

An all-you-can-eat buffet is a good analogy. The restaurant offering this does fine because there is usually a good mix of hungry and not so hungry patrons. Imagine if the only visitors to the buffet were the local football team post practice?

Moral hazard occurs when a individuals engage in riskier health behavior but do not have to face the consequences of their risky behavior. Why would people eat healthier food, stop smoking, exercise, or take their medicines as directed if there was no consequence in terms of higher premiums or out of pocket medical expenses? Other examples of moral hazard are the banks that are “too big to fail,” promised a bailout if their risky ventures go bust. Or tenured professors being lousy teachers knowing they can’t be fired.

The bottom line for the insurance companies is that they aren’t in the business of losing money. Not only United but the Blues too. “Blue Cross Blue Shield Association released a report indicating that new members who enrolled in individual plans used more medical services of all kinds and accounted for health care spending 22 percent higher than people with employer-based insurance in 2015.” Aetna as well. “This business remained unprofitable in 2015, and we continue to have serious concerns about the sustainability of the public exchanges.”

What happens when these big insurance companies all bow out of the Obamacare exchanges? There is always Medicaid for those below certain income thresholds. Or a government run single-payer option as proposed in Colorado. Or better yet, socialist Bernie Sanders’ Medicare-For-All, a total government takeover of health care.

These proposals too have economic realities and consequences. Unfortunately, their proponents have not learned the economic lessons of Obamacare. And as Edmund Burke told us, “Those who don’t know history are destined to repeat it.” 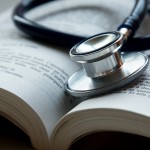 Why Obamacare is not economically realistic
57 comments