As physicians, we are charged with extending empathy to our patients. In addition to a professional responsibility, empathy is also a mechanism for improving patient care and professional satisfaction. It has been associated with better patient satisfaction, clinical outcomes, fewer medical errors and lawsuits, as well as provider happiness. However, while physicians can be expected to pursue the ideal of empathy towards individual patients, that of empathizing with populations is more challenging. As the old saying goes, a single death is a tragedy, a million deaths are a statistic.

For example, more than 4 million refugees have fled Syria since the conflict in that country began. Often, these refugees flee one impossible situation only to find themselves caught up in another. In urban Jordan, for example, 86 percent of Syrian refugees are living below the local poverty line. Despite such statistics, the international community has not rallied to the aid of these desperate people. By the end of 2015, just 61 percent of the UN’s humanitarian appeal for Syrian refugees had been funded.

There was, though, one notable uptick in donations last year. It was after the body of a 3-year-old Syrian boy named Alan Kurdi was photographed lying on a beach, where he had drifted after the boat carrying him and his family away from the conflict apparently capsized. The image of the dead boy was so shocking that donations to help migrants surged in. One charitable organization, the Migrant Offshore Aid Station, reported a 15-fold donation increase within a day of the photograph’s release.

The case of Alan Kurdi, reinforces a familiar, if not perplexing, dynamic: Individual death usually rouses public sympathy in a way that death and misery en masse do not. How might we better understand this dichotomy?

The trigger for empathy has a structural basis in neuroscience. There are also psychological reasons why people feel (or do not feel) empathy towards individuals. Psychological and neurological theories suggest that there are two fundamental systems in human cognition: the experiential system and the analytic system. When we witness suffering, our experiential system triggers the empathetic part of the brain, and perhaps moves us to offer to help the person in need. By contrast, the analytic mode is often triggered when we contemplate about suffering populations. The perception can blunt our empathetic impulse, and lead to “compassion fatigue.”

This suggests that, in many ways, our own neurobiology is working against our effort to understand and improve the health of populations. It poses a challenge for us to ensure that people do not become “just numbers” to ourselves or to anyone else. It encourages us to engage with empathy on the individual level, in order to inform action that aims to help groups of individuals, to help whole populations.

Despite these counteracting neurological and psychological tendencies, it is becoming increasingly important for clinicians to empathize with populations. There is a growing shift and imperative for physicians to think clinically about patients in view of “population health,” not only just as individuals. National policies, such as accountable care irganizations and the Hospital Readmissions Reduction Program, encourage providers to deliver care via broad, population health strategies. Also, to the extent that empathy provides the benefits mentioned above for clinical care, these should be maximized and scaled to populations.

There are several ways that clinician can begin to think abut both patients and populations with greater empathy. First, we can remember the power of individual stories and link them to diseases that we treat in our clinical practices. While that might seem like an obvious task, ongoing discussions about socioeconomic factors and their influence on health reveal there can be sustained inattention to problems facing vulnerable populations. Finding every opportunity to connect a name and face to the population-level issues we hear and read about can be a powerful first primer for subsequent action.

Second, physicians can take active roles in communicating the ongoing narrative of population health to broader audiences, doing so in a way that is energetic and creative. Whether through community groups, organizing efforts, professional societies or other avenues, physicians can work with colleagues to magnify individual stories on a larger scale to call public attention to important population-level issues. Telling notable stories — taking great care, of course, not to be exploitative — is an important part of conveying the events and circumstances that are putting populations (and the patients whom comprise them) at risk.

Third, given the broad social origins and impacts of many issues affect populations, physicians can make inroads to collaborate with non-health care entities to increase empathy about the health of populations. Departments of public health, health-related non-profits, and school and justice systems represent a few of the cross-sector collaborators that physicians and provider organizations can ally with to create the social, economic, and cultural conditions needed to safeguard the health of populations.

As one of our most sacred and cherished ideals, empathy has long had a central role in individual patient care. However, with changing policy and ever-increasing evidence of significant population health needs, physicians now have an opportunity to take up a similar charge for the communities from which those patients come. 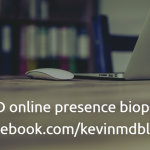 A family physician duped by a patient on chronic opioids 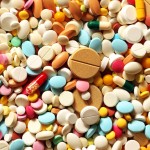 What can physicians do to increase empathy about the health of populations?
36 comments