I’ll just start this off by saying that I am not exactly sure where I stand on the white coat thing. One part of me loves the white coat as a symbol, a shield against disease, and a place with pockets to put my things; and then there are other days when I just want to throw that germ-ridden cotton barrier to the doctor-patient relationship in the trash, roll up my sleeves, and just do my job without all the pomp and circumstance of an impractically-long white coat. Yes, I can opine on the history and merits of the long white coat, and then turn around and make a perfectly valid argument for why we should ditch the thing, but that is not the issue here. The problem with long white coats is that they just don’t mean anything anymore.

Now, I don’t want to offend anyone with this post (it’s already too late), but it seems these days that the only qualification that one needs to don a long white coat is to work in some patient care area of a hospital. The long white coat used to be the way patients, families, and other hospital staff could instantly tell who was a full-fledged attending physician. In fact, the emphasis on the white coat starts on the first day of medical school with something aptly called a “white coat ceremony.”

I remember my white coat ceremony fairly well. The entire medical school class lined up in front of friends and family, and various high-ranking faculty members made grand statements about medicine being a noble calling, etc. Then one-by-one as they called out each student’s name, the dean of the medical school would greet us and place our new short white coats on us. We all then recited the Hippocratic Oath together. This formality made us feel like part of something significant and official. The short white med student coat symbolized the journey to becoming a junior doctor (also known as a resident). Only after graduating medical school would we earn the right to wear a long-ish white coat.

The long-ish white coat would then transform into a full length long white coat upon completion of several grueling years of residency (and for many of us, several more years of fellowship). The long white coat was the pinnacle of hospital fashion, and in an understated way said, “Attending physician in the house. The buck stops here.”

Nowadays, everyone seems to wears a white coat. The nursing administrators wear them, as do physician assistants, nurse practitioners, phlebotomists, physical therapists, social workers, care managers, discharge planners, x-ray techs, and even patient transporters. The only people working in clinical areas that don’t get to wear long white coats are the housekeepers and the medical students, and I bet if the housekeepers asked nicely they would be allowed to wear them too!

So why does it matter? After all, as “Janitor” from Scrubs famously said, “It’s a white coat … anybody can wear a white coat.” Am I just obsessed with status symbols and making a big deal about nothing? Let me give you an example of a real situation that happened to me recently, and you be the judge:

I was following up with a patient who was admitted the day prior for a bleeding ulcer. She underwent an endoscopy this same morning, and the ulcer had stopped bleeding due to the powerful anti-acid medications she was receiving in the hospital. Her blood count had dropped (as expected) due to the bleeding, and although she was stable now, she was just on the borderline of needing a transfusion. There was a good chance that she wouldn’t drop any further down, therefore saving her the small risks associated with getting a blood transfusion, not to mention saving a few units of blood (a limited resource) for another patient that may need them more. The only way to know about a transfusion would be to check her blood work the next morning and decide then. Plus, in the back of my mind, I wanted to keep her in the hospital another night “just in case” since she was frail, elderly, and had numerous other medical problems that could easily spiral out of control if she were to rebleed.

As I am explaining the situation to the patient’s two daughters at the bedside that afternoon, two middle-aged women wearing long white coats stepped just inside the patient’s room and interrupted my conversation with the patient’s family. Without formal introductions, these women proceed to tell me that the patient can’t stay overnight because she doesn’t meet “admission criteria.” The daughters are now both confused as expected since I just spent ten minutes discussing the reasons why I thought is was safer to spend the night in the hospital. So then the mysterious women in the long white coats (were they the hematology team here to comment on the patients lung cancer, or perhaps the cardiologists that were managing the patient’s congestive heart failure?) tell me, in front of the family, that I could “justify” the admission if I just gave the patient a blood transfusion. “Her hemoglobin is 8.2, so she probably needs it,” said one of the long white coats, confidently towering in the doorway.

All of a sudden I realized who these people were. “Get out of here!” I said to the two care managers, “I am in the middle of talking to this patient’s family. We can discuss this outside.” I felt embarrassed for being so rude (and for the “shooing” motion I made with my hand), but occasionally when I get aggravated the words just come out before my prefrontal cortex has time to filter them. Truthfully, sometimes it’s better that way; some things just need to be said.

I spent the next ten minutes trying to reaffirm my position with the family, and explain that those people making medical recommendations from the sidelines without the necessary knowledge, training, or experience, without a license to practice medicine, and without having their names in the chart were not doctors or even clinicians. I had to convince the family that the care manager’s input was not valuable in making a medical decision for their mother. The older daughter then volunteered that she was confused again: She just assumed those women were doctors since they were wearing long white coats.

A gentle reminder that healing begins with feeling 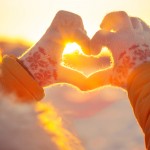