A 61-year-old woman is evaluated for a 4-month history of progressive dyspnea and fatigue without chest pain. Eighteen months ago, she was diagnosed with liver cirrhosis due to nonalcoholic steatohepatitis (NASH). Medical history is also significant for obesity. Medications are propranolol, spironolactone, and lactulose.

On physical examination, temperature is 36.4 °C (97.5 °F), blood pressure is 112/64 mm Hg, pulse rate is 60/min, and respiration rate is 16/min; BMI is 36. Mild scleral icterus is noted. Cardiac examination reveals a prominent S2. The lungs are clear. Dilated veins are visible on the trunk and abdomen, and there is no appreciable ascites. Trace symmetric ankle edema is noted.

Hepatopulmonary syndrome is a disorder caused by dilated small vessels in the pulmonary vasculature resulting in shunting of blood, and it should be considered in a patient with liver disease who is hypoxic. Pulmonary hypertension is not a defining feature. Intrapulmonary shunting is confirmed by the appearance of contrast (bubbles from agitated saline) in the left heart following injection into a peripheral vein. In this patient, the contrast echocardiographic study was normal.

Pulmonary veno-occlusive disease (PVOD) is a rare cause of pulmonary hypertension caused by fibrous occlusion of distal pulmonary veins. Detection in this patient’s age group is unusual; most cases are diagnosed in children and young adults. PVOD is confirmed by pathology but can be suggested by radiographic abnormalities such as pleural effusions or a prominent interstitium on chest radiograph and septal thickening on chest CT. This patient had clear lung fields on chest radiograph. PVOD is much less likely than pulmonary hypertension in this patient. 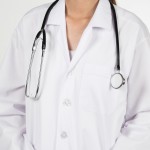 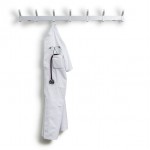