I recognized a glitch in my electronic medical record’s decision support software when it prompted me to consider prostate and colorectal cancer screening in a 93-year-old man, who, though remarkably vigorous for his age, was unlikely to live for the additional 10 years needed to benefit from either test. Although deciding not to screen this patient was easy, determining when to stop cancer screening in older patients is often more challenging. In the American Family Physician, Drs. Brooke Salzman, Kathryn Beldowski, and Amanda de la Paz present a helpful framework for decision making in these clinical situations, where population-level guidance derived from studies of screening younger patients “generally do not address individual variations in life expectancy, comorbid conditions, functional status, or personal preference.”

The authors recommend that clinicians take into account not only average life expectancy at a given age, but also significant variations in life expectancy linked to functional impairment and comorbid conditions, using one or more validated prognostic tools. Although the U.S. Preventive Services Task Force (USPSTF) found insufficient evidence about screening mammography in women 75 years or older, modeling studies suggest that women with projected life expectancies of greater than 10 years may still benefit from this test, with these important caveats:

Although the sensitivity and specificity of mammography increase with age, overdiagnosis also increases because of reduced life expectancy and an increased proportion of slower-growing cancers. In other words, women with breast cancer diagnosed at an older age are more likely to die of something else, compared with younger women. In addition, treatment of breast cancer in advanced age is associated with greater morbidity, including an increased risk of postoperative complications and toxicity from chemotherapy.

Similar considerations apply to screening for colorectal cancer, which the USPSTF made a “C” grade recommendation (small population-level benefit, use individual decision making) for adults 76 to 85 years of age and recommended against screening adults older than 85 years, when the harms clearly exceed the potential benefits. Nonetheless, surveys have found that 31 percent of adults age 85 years and older, and 41 percent of adults with a life expectancy of fewer than 10 years, received screening colonoscopies. To discourage overuse of cancer screening without alienating patients, the authors advise: “It is important to convey that a decision to stop cancer screening does not translate into decreased health care. Rather, discussions can focus on health promotion strategies that are most likely to benefit patients in the more immediate future, such as exercise and immunizations.”

A recent qualitative study in JAMA Internal Medicine explored the reluctance of primary care clinicians to explicitly incorporate long-term prognosis in the care of older adults. Most study participants relied on their own clinical experience, rather than validated tools, to estimate a patient’s life expectancy, and were reluctant to stop screening in relatively younger patients even with limited life expectancies. Barriers mentioned by participants included inadequate training, time constraints, concern about negative patient reactions, competing practice incentives, and fear of lawsuits.

Readers, do you share these concerns? What strategies do you use to communicate with an older adult whose age or life expectancy suggests stopping cancer screenings because harms outweigh benefits?

Aggressive blood pressure control: Too much of a good thing? 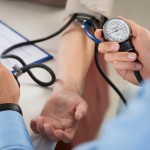 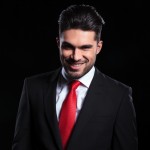