On my recent tour of residency programs, I had the pleasure of meeting many foreign medical graduates (a.k.a. FMGs; not to be confused with international medical graduates, who are U.S. citizens who go abroad for medical school).

Almost uniformly, they struck me as confident, mature and articulate. Many were older than me, some by as much as 10 or 15 years. Most had extensive research experience, and a few had even completed residency already in another country and were here to take a shot at becoming a U.S.-licensed physician, which would require them to do it all over again. To an outsider, they would appear as competitive candidates for programs that aspire to produce first-class doctors. But I did not envy their plight. In our conversations, one thing became clear: Whereas I was hoping to match into one of my top-choice programs, they were hoping to match, period. And, in 2016, only 50 percent did.

FMGs get a raw deal. With the exception of Canada, we don’t recognize international medical training as meeting our quality standards; thus, doctors licensed to practice in their home countries must start at square one if they want to work here. Before they even apply to residency, FMGs need a stamp of approval from the Educational Commission for Foreign Medical Graduates (ECFMG). Only about half succeed in getting certified.

One major hurdle, apart from the written exams, is the USMLE Step 2 Clinical Skills test, which requires a high-stakes demonstration of English proficiency and a costly trip to one of the five U.S. cities where it’s offered. (Interestingly, from 1998 to 2004 this test was called the Clinical Skills Assessment, and only FMGs were required to take it.) It’s virtually impossible for a FMG to start residency directly after finishing medical school. They’re often encouraged to do a few years of research to pad their résumé, or to do a rotation or two at a U.S. hospital. This adds up to a lot of time, money and effort spent on an endeavor that is far from a sure thing.

All of this is not to say that we shouldn’t have a rigorous screening process for who we allow to train and practice here. We should, and we do. But we must acknowledge that the deck is stacked firmly against FMGs. Imagine you’re a program director comparing two applicants side-by-side, one a U.S. medical graduate and the other a FMG. If, on paper, the two appear to have equivalent qualifications, there’s a good chance the FMG worked harder and sacrificed more to get there. That is an achievement worthy of recognition.

But these days it’s become something of a badge of honor for residency programs to exclude FMGs from their rosters, and historically they have served as “fillers” for residency spots that remain vacant after U.S. students have matched. In 1995, the Council on Graduate Medical Education, an advisory body tasked with making recommendations to the Department of Health and Human Services, singled out FMGs in their annual report and proposed cutting federal funding for their training by 75 percent in an effort to reverse course on an impending “physician surplus” (oh, the irony). They walked back this recommendation in a subsequent report due to anticipated “legal complexities,” but even their less controversial plan carried the same aim: to severely restrict FMGs from entering the physician workforce.

I have heard two arguments for keeping FMGs out. The first is that their training is substandard. While I’m sure this applies to some cases, it is certainly not a universal truth. Is it really so hard to believe that a student whose education happens outside of a glittering first-world multi-million-dollar medical complex could learn the same principles of biomedical sciences as a student in this country? Is that student not examined as rigorously, mentored as thoughtfully, challenged as intensively, as one of ours?

The second argument against FMGs is the so-called “brain drain” theory; that taking FMGs will siphon much-needed talent from poorer countries where doctors are scarce. I take particular issue with this one. All people, no matter their provenance, should be allowed to use their gifts to better their own lives, especially if that means escaping poverty or conflict.

And let’s be honest: When a program director rejects a FMG, is he really thinking about the physician supply in Pakistan? What if we applied the same logic within our borders? If a medical student in physician-poor Arkansas graduates at the top of her class, with all the attendant publications and honors to her name, and wants to train at Massachusetts General Hospital, we don’t say, “No, you have to stay, Arkansas needs you.” We let her go as far as her talent and ambition will take her. Will Arkansas suffer? Minimally, perhaps, but they’ll be OK.

The U.S. prides itself on having the best doctors in the world, so why not bolster our ranks by welcoming some of the best students the world has to offer? It’s curious that diversity is championed in medical school and residency admissions, just not this kind of diversity. Our knee-jerk aversion to FMGs seems to be the last true sanctioned form of admissions discrimination. First, we must ask ourselves if we want our admissions process to be truly merit-based. If the answer is yes, then it’s time to start recognizing merit even when it comes from outside our borders.

Eric Beam is an internal medicine resident who blogs at the Long White Coat. 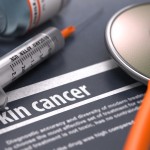 Watch medical students do the running man challenge! It's for a good cause. 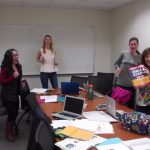 Foreign medical graduates get a raw deal. Here’s why.
13 comments