Life as a resident doctor can bring some of the most memorable patients encounters of our career. After all, this is the time in our training when we are the most naïve, vulnerable and most importantly impressionable. There is a certain patient scenario, however, which has changed the way I view one the most important experiences a patient can have: labor.

I get paged for an epidural.  Once I arrive, I am often surprised by the look of defeat and despair on the patients face. I often ask the reason for concern or hesitation. “I thought I could do it naturally, but I’m ready for the epidural.”

Once the baby is delivered, many patients usually respond by saying “I never thought I would like anesthesia, or not going natural.”

This prompted me to ask a very simple, yet very important question. Why is it that women feel it is “unnatural” to receive an epidural for birth? Countless online articles and conversations are centered on this very question: Should I go “natural” or receive an “epidural” for delivering my baby?

What is a birth with an epidural? Unnatural? Does having an epidural invalidate the process of giving birth simply based on the idea of pain relief?

I feel inclined to believe that this “shaming” would simply not exist if our cultural expectations were adjusted. Pamela Druckerman, in her best-selling book Bringing up Bebe, discusses the cultural differences of birth and parenting she discovered while living in France.

Druckerman notes that in France, the use of epidural anesthesia is much higher than in the U.S.  Some hospitals have “epidural rates as high as 87 percent.” She attributes this to the cultural perspectives that French women have about epidurals.

“French moms often ask me where I plan to deliver, but never how. They don’t seem to care. In France, the way you give birth doesn’t situate you within a value system or define the type of parent you’ll be. It is, for the most part, a way of getting your baby safely … to your arms.”

Druckerman discovers that the cultural perspective of birth shapes French women’s ideas of epidurals. In France, an epidural is seen as a tool or an adjunct to help women achieve the ultimate goal, which is, of course, a healthy baby. There is no fuss about the method or use of anesthesia. It is a matter of perspective. Birth is about the baby. If you receive an epidural, that is beside the point.

And how are the French faring? According to the World Health Organization, France is ranked number one in terms of overall health care. The U.S. is slightly behind in thirty-seventh place.

In Spain, maternal satisfaction with epidural anesthesia is very high. Presumably, this is also due to the cultural expectations and psychosocial acceptance of epidural anesthesia. A Spanish study involving 1,067 women showed that over 90 percent of women who received an epidural were satisfied with their decision.

So why is that American women feel a sense of dissatisfaction when receiving an epidural? A study from Harvard showed that although women who requested epidural analgesia for pain relief during labor reported significantly lower pain scores than those women who had not received an epidural. However, 88 percent of women who requested an epidural for pain reported being less satisfied with their childbirth experience than those who did not. Another study from Stanford showed that women who expressed fear of labor reported lower maternal satisfaction scores during labor.

What is the source of maternal dissatisfaction in American women? Would American women feel more emotionally secure if, for example, a birth with an epidural was considered a “natural birth”?

Establishing epidural anesthesia as a natural form of birth is a job that we, as health care providers have to take. It is dangerous to assume something is unnatural, as it sets the precedent for something that is negative which can harm mothers and babies. Words have power that can transform our psychology and decision making.

Women are bearing all the cost of this “natural vs. unnatural” nonsense. Why are men not held to the same standards when it comes to our “manly” traits? Think about it; no one shames men for using Viagra for male impotence. Yet sexuality and male reproduction remains a central part of our psychology as men. We are bombarded with ads of suave gray hair mad men driving a Porsche down the coast with his significant other. In other words, the male psyche is even protected and valued in these ads. “Don’t worry Don Draper, take this blue pill with a sip of gin and tonic.”

Why are women not protected in such a way? Why are women subject to unnecessarily opinionated and pious people wishing to dictate every aspect of their labor?

There is simply no such thing as a “natural” birth today. Everything, from prenatal vitamins, ultrasound appointments, in vitro fertilization and even delivering a baby in a hospital are things that did not exist a few generations ago. Simply put, yesterday’s natural is irrelevant today. The truth is, an epidural is a form of  “natural” birth, and women should not be made to feel ashamed of receiving one.

Cesar Padilla is an anesthesiology resident. 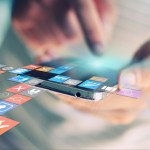 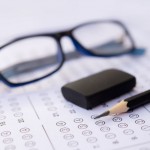 Don’t be ashamed to receive an epidural during childbirth. Here’s why.
10 comments