For years, many physicians have complained about the onerous nature of government-certified electronic medical records. However, thanks to the HITECH Act, the rush to digitize medical records has continued. Due to the impetus provided by the ACA and subsequently by MACRA, the mad rush has progressed into a frenzy of data-collecting and reporting activity, all in the name of value over volume.

Recently, two objective reports have surfaced demonstrating the futility of all these untested efforts. The first report in Health Affairs, “U.S. Physician Practices Spend More Than $15.4 Billion Annually To Report Quality Measures,” finds an average physician practice spends more than $40,000 per year just reporting quality measures. Digging deeper into the report shows that among five components of the reporting process, data entry was reported as the most time-consuming. Only 27 percent of respondents said that current measures are “moderately or very representative” of the quality of care patients receive. The survey’s main author, Lawrence Casalino commented, “It wouldn’t be too strong to say we’re sacrificing a generation of physicians and staff to the problems with EHRs.”

A second report demonstrates the burden of inbox notifications in commercial EMRs and how it affects physicians. Such notifications exceed 100 per day for some primary care physicians (PCPs) during the first half of 2015. The authors note, “extrapolating this finding to commercial EHRs suggests that physicians spend an estimated 66.8 minutes per day processing notifications, which likely adds a substantial burden to their workday.”

In an interview with MedPage Today, Rosalind Kaplan, MD, of Thomas Jefferson University in Philadelphia, said she feels the burden of this information overload. “If I take a day off, I still spend at least an hour on my inbox. I feel ruled by it, and between notes and inbox, feel I spend more time at the computer than I do with patients.” She explained that the EHR system used at her institution did not organize messages into categories, such as “unfinished notes, patient callbacks, and medication refills. Consequently, there is no prioritization, and I have to do that myself, which could cause errors or missed important messages.”

To me, the most glaring omission in analyzing quality measures and inbox notifications is the lack of any objective comparative studies that demonstrate their superiority over conventional methods with respect to patient care. Nobody has asked the fundamental question, “Can you show me how all this helps my patients?” It is a sad situation when physicians, highly trained in the art and science of healing, are forced to become data entry clerks (no offense to clerks) and secretaries (again I don’t intend to offend secretaries either). But how can we care for patients when we are forced to do things we did not train for nor are good at? Why is nobody asking patients how all these changes to a physician’s responsibility has changed a patient’s perception of their relationship with their doctor?

It is unfair to simply blame the IT companies for this; they are merely responding to government mandates (of course many of them were instrumental in lobbying government to create these mandates in the first place). It is still possible for physicians, especially those in private practice, to decide what type of technology enables them to serve their patients better. For example, I have been fully electronic in my office since 2002. Yes, I have a “to do ” section in my EMR, but it is categorized into “labs,” “faxes,” “documents,” and “notes,” which I am able to prioritize over the course of a day. I don’t have any notifications other than drug-drug interactions or diagnosis-drug interactions, which I can modify based on my priority.

I can achieve all this because I have chosen not to be bound by meaningful use criteria and other useless reportable measures. Physicians should realize the futility of trying to comply with every government mandate, and if these studies do not provide proof of such futility, I am not sure what does. Say no to MIPS and APMs now, before it is too late. Learn to trust your patients and believe in your own professional ability. Take a stand, like the CMIO of New York City’s Municipal Hospital, who resigned rather than be part of a failed IT implementation.

It is up to physicians and patients to retake control of how health care is delivered. Time to say enough is enough. If the politicians and bureaucrats want data, they can hire someone else, get each patient’s permission and collect it for themselves. Time to return to our roots and our strengths: caring for patients one on one, but using technology in a manner that helps us achieve this noble goal that only our profession affords us. There is no profession like medicine, that confers on its member the powers to heal, mend and comfort. Let’s not give it away so easily. 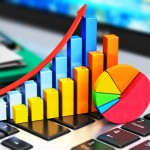 This doctor has practiced for over 30 years. Here's why he's not burned out. 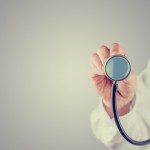