The family medicine fellow set down her pen and inhaled deeply. “So when is it OK to cry with a patient?” she asked the senior attending across the table, a veteran internist in her mid-60s.

About a dozen of us — fellows, physicians, writers — sat hunched over a paper- and laptop-strewn table in the fellows’ shared office, talking about a poem: Sharon Olds’ “Death of Marilyn Monroe.” In it, Olds describes the experience of three EMTs as they remove the iconic actress’s cold body from her place of death. She writes:

These men were never the same. They went out
afterwards, as they always did,
for a drink or two, but they could not meet
each other’s eyes.

Our discussion had meandered from the response of the three EMTs to what it feels like for these physicians-in-training to sit at the bedsides of their own dying patients. Then came the fellow’s question. Everyone looked, eager for an answer.

“I’ve cried with patients,” the senior physician said. “I’ve cried with them, and I’ve held them.” With patients she’d known a long time, she said, “I knew the barrier of professional judgment could be breached without being compromised.”

Something big had happened. This senior physician — a “Yoda” of sorts among her students — had given these young doctors permission to breach the wall of so-called professionalism and acknowledge, to themselves and to their patients, the emotional toll of their encounters with pain, suffering, and death.

The sense of relief in the room was palpable, and fellows began to weigh in with their own experiences. One woman said that the previous day when she’d been at a patient’s bedside and found her eyes welling up, “I blinked it away.” As a physician the patient’s family didn’t know very well, she knew she couldn’t “appear to be falling apart.” Another fellow noted appreciatively that expressing his feelings makes him “better able to cope; that’s just who I am.”

This essential conversation had taken place during psychosocial/narrative medicine rounds, a weekly group convened by a philosopher and a psychiatrist at a major teaching hospital in New York City. It represents just one iteration of a new wave of narrative-based programs that aim to train more empathetic doctors.

The call for empathy in medicine is sounded so often it’s become almost meaningless, and yet it is demonstrably fundamental to the effective delivery of care. Empathetic care has been shown to improve not only patient satisfaction but also patient outcomes. Dr. Mohammedreza Hojat and his colleagues at Jefferson Medical College wrote in 2013 that physicians’ higher scores for empathy were “strongly associated with” improved diabetic control and lower incidence of hospitalization in two studies. (Empathy, here, is a cognitive attribute that involves understanding — rather than feeling — a patient’s experiences and concerns.) A systematic review of links between empathy and outcomes in oncology correlated higher clinician empathy with “lower distress” and higher patient satisfaction, though it relied on patient-reported measures of clinician empathy. And a 2002 article in the British Journal of General Practice cited numerous links between empathetic clinical relationships and positive psychiatric outcomes.

The need is there. Multiple studies have shown that medical students suffer a decline in empathy during their medical training. Reading and writing about literature, as we do in psychosocial/narrative medicine rounds, can help in a number of ways.

For one, reading connects us to others and to ourselves. When we read together, we are able to identify, collectively, with an object outside the self. That object — whether it’s a poem, story, graphic novel excerpt, anything, really — becomes a reflective surface that reveals not only others but ourselves. Writing together about that object, as a complement to our reading, fosters reflection, imagination, and conversation. It allows us to develop faculties that are fundamental to understanding the experience of another person, whether a colleague, patient, or caregiver. It fosters empathy.

Again, the science bears this out: In 2013, David Comer Kidd and Emanuele Castano published a study showing that reading literary fiction enhances what’s known as theory of mind, the set of cognitive skills that enable us to navigate complex human relationships. Students in my narrative medicine workshops at Columbia University and NYU Lutheran Medical Center have readily attested to this fact. As one said, “Readings others’ writing makes us closer and understand how we all experience our situation.” From another: “Hearing the work of my peers made me realize I’m not alone on this crazy ride. We are all vulnerable in our own way.”

Indeed, vulnerability plays a key role in the workshops, which call for participants not only to write, but also to share their writing and reflect on the writing of their peers. Such an experience can be discomfiting, vulnerability not being a feeling medical students readily embrace. But it’s precisely this vulnerability that makes the workshop so valuable, for it puts the clinician directly in the patient’s shoes, forcing her or him into a disempowered, uncertain position and paving the way not only for empathy, but also humility.

Finally, introducing literature into medical education brings the happy benefit of creating a space for community among students. As one of my students noted, a workshop showed him that “we often think we are isolated in our experience when we are really thinking and feeling similar things.” At a time when so many aspects of training are isolating and alienating — as resident Dhruv Khullar wrote last year in the New York Times — such workshops provide a welcome and necessary respite for student physicians as well as a rare opportunity for collaboration.

We don’t yet fully understand the long-term impact of these programs, and there has been evidence that empathy tends to decline over time, as “compassion fatigue” and other symptoms of physician burnout set in. But giving clinicians — medical students and also veteran physicians, nurses, social workers, chaplains, and other allied health professionals — tools they can use to reflect on their clinical experiences, reframe patient encounters, and form meaningful connections with colleagues, patients, and their families, giving them permission to “cry,” is one small step in the right direction, and one from which we all — as past, current, and future patients — stand to benefit.

In defense of Medicare's observation status 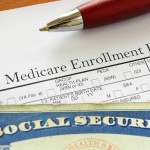