Over the past few months, the federal government has mobilized against what is being called “the opioid crisis“: a national epidemic of fatal overdoses that in 2014 claimed more than 14,000 lives, the most ever recorded. Since most of these opioids were originally prescribed by physicians to treat pain, the Centers for Disease Control and Prevention recently finalized a guideline containing recommendations for appropriate opioid prescribing.

The Food and Drug Administration will require that all opioid-containing medications be labeled with a new boxed warning about “the serious risks of misuse, abuse, addiction, overdose and death” associated with these drugs. And the Office of the Assistant Secretary for Health has released a National Pain Strategy that is designed to complement restrictions on opioids by promoting and reducing access barriers to non-pharmacologic management options for patients with chronic pain.

What is notably missing from these efforts is an attempt to understand why more people are experiencing chronic pain in the first place. In a recent article published in the Harvard Business Review, public policy and business professors Eileen Chou, Bidhan Parmar, and Adam Galinsky reviewed studies that linked widening U.S. income inequality and unemployment to greater levels of physical pain and purchases of over-the-counter painkillers. They also demonstrated in a series of experiments on college students that the prospect of economic insecurity increased the perception of pain and reduced pain tolerance. Chou and colleagues wrote:

They went on to suggest that public and private organizations could do much address the opioid crisis by restoring people’s sense of personal control through policy changes designed to promote economic security. Increasing wages and reducing layoffs are obvious (if not always possible) solutions, but so are rent controls, education and childcare subsidies, and free-market policies aimed at reducing the cost of living.

One of the questions on my practice’s intake questionnaire asks whether the patient is experiencing financial insecurity. It has always struck me as a little odd; compared to, say, the question that asks if they feel safe at home, there seemed to be little I could do in the clinic to lift the burden of someone’s student loans or persistent joblessness.

A similar argument has been made against proposals to present “community vital signs” data in electronic health records: How are individual physicians supposed to act on information about social determinants of health? On the other hand, I can tell you all about the connections I’ve seen between economic stress and physical symptoms such as headaches or backaches, and how knowing more about my patients’ day-to-day struggles to stay financially afloat has frequently averted our going down an unproductive path of invasive and/or expensive testing.

So it isn’t a stretch to suggest that well-intentioned government efforts to stem the tide of opioid overdoses may flounder without explicitly addressing the social determinants of pain.

If meaningful use is a great idea, why isn't it employed more widely? 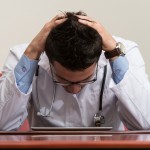 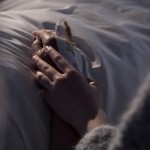 Is the government’s National Pain Strategy doomed to fail?
14 comments