A recent article suggested that the use of observation status for a hospitalized veteran was a dishonor to his years of service to our country because observation was going to subject him to higher out of pocket costs. This post created quite a lot of discussion and debate. While I agree with the author and commenters that observation is confusing to all and that there has to be a better way, the premise that observation is costlier is absolutely false. Allow me to present the facts about observation.

As of October 1, 2013, the two-midnight rule became the law of the land for fee-for-service Medicare patients. That means that any patient who requires hospital care past a second midnight must be admitted as an inpatient. Patients who do not require hospital care can remain as outpatients past the second midnight, such as patients who are kept because they do not have a ride home, or there is no one home to care for them, but their care is being provided to them as a courtesy with no expectation of payment by Medicare. These patients, by the way, should be informed they are being kept as a courtesy, so they do not think they are accruing days for nursing home eligibility.

What are the costs of inpatient admission compared to observation? If the patient is admitted as inpatient, they owe a $1,288 deductible, no matter the length of stay. That deductible is only waived if they had been an inpatient within the last 60 days. For the commonly readmitted diagnoses, such as pneumonia and heart failure, there is a 20 percent chance they were recently an inpatient, but it is much lower for most other diagnoses.

Now, what does it cost a patient to be in observation? Observation is a part B service and as such is subject to the once a year part B annual deductible of $166 and then 20 percent of approved charges. On January 1, 2016, Medicare established a new Ambulatory Payment Classification for observation services, 8011, which is a comprehensive APC, valued at $2,275. A comprehensive APC covers all hospital services provided to the patient from initiation of hospital care in the emergency department to discharge. That means the patient owes $166 if they have not yet paid their annual deductible, plus 20 percent of $2,275, totaling $621. The patient is then responsible for the cost of any oral medications given to them that are not related to the reason for their hospitalization. Even if the hospital charges $20 for an aspirin, the medication costs accrued in a stay of under two midnights will be at the most a couple hundred dollars. Furthermore, the government recently issued a notice allowing hospitals to waive the costs of those medications for Medicare recipients.

So which is less expensive? Inpatient admission at $1,288 or observation at approximately $800? I’ll let the readers figure that out. Of course, there are caveats. Patients often have supplemental plans, some of which may require a copayment for an ED visit if they are not admitted as inpatient but saving the patient $50 is not a valid reason to violate federal regulations (sometimes called “committing Medicare fraud.”)

But what about depriving them access to their skilled nursing facility benefit, which requires a medically necessary inpatient stay of at least three days, by using observation? If you are placing a patient in observation, it is your expectation that they will likely be able to be discharged within the next day; that is not a patient that should require skilled treatment in a nursing home. If you place a patient in observation and the patient’s condition worsens, you can then admit them as inpatient at any point, and they can then accrue those three needed inpatient days.

And what if the family is demanding that you admit their frail loved one as inpatient because they can no longer care for them and they want the patient to go to a nursing home, paid for by Medicare? Well, that is not a covered benefit, no matter how vehemently they demand it. A patient with worsening dementia or “failure to thrive” has no need for hospital care in the first place; they need long-term assistance with feeding, bathing, and toileting and have no potential to improve and regain those abilities. Admitting such as patient as inpatient solely to get them transferred to a nursing home under the Medicare benefit is absolutely Medicare fraud and, unless you look good in an orange jumpsuit, must be avoided.

In summary, the Medicare rules are what they are and we, as physicians, cannot bend or break them to satisfy our patients. The two-midnight rule is what we have to use, at least until Medicare changes it.  But most importantly, observation is less costly for the beneficiary in the majority of situations, so we are not dishonoring our veterans by using it when it is appropriate. If the patient seeking a paid stay in a nursing facility is unhappy that they cannot be admitted as in inpatient, suggest they talk to their Congressional representative; they hold the purse strings to the Medicare trust fund and are the only ones that can make the change. 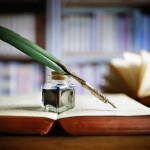 Connected health: It's time to write a different headline 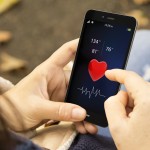