Back in my first year of blogging, I wrote a post, titled “A Day Without a Diagnosis,” about the way we now spend most of our time “managing” chronic diseases, some of which weren’t even considered diseases when I went to medical school.

That’s not how all my days go nowadays: A week ago I had a day of some very real doctoring.

My first patient of the day was a woman in her mid-thirties. She told me she had been suffering from hives almost every day for two years. She was taking a once a day antihistamine, loratadine, faithfully and sometimes also some diphenhydramine when the itching got too bad. She had seen a dermatologist and an allergist early on with no resolution.

She also had problem with chronic abdominal cramps and diarrhea. That had also started about two years ago. She had already tries lactose and gluten free diets without relief.

Her hives seemed to erupt when she felt warm, and in her work, she was often exposed to temperature variations. At home, she slept in an upstairs bedroom with poor heating, and wore flannel pajamas under a down comforter. Her hives were terrible at night, but after sleeping on the couch in the living room for a couple of nights, she thought her hives had diminished.

I explained that she had cholinergic urticaria, triggered by heat. I e-prescribed famotidine, 40 mg twice daily and advised her to continue her loratadine every morning, but to also take cetirizine at night and to avoid bundling up at night, which she had already discovered to be helpful. She listened attentively to my mini-lecture on histamine 1 and histamine 2 receptors, their blockers and the overlap between them.

When I moved on to tell her that it sounded like she had irritable bowel syndrome, she seemed to think that was interesting, but when I got to my recommendation of taking Metamucil or a similar psyllium powder to help regulate her bowels, she seemed a little skeptical. “I thought that was for old people,” she said, I explained my rationale, and she said she’d give it a try.

My second patient of the day was a young man who had come to establish care two weeks before. In that first visit, it became evident that he was bothered by a high pulse rate of several years’ duration, performance anxiety, elevated blood pressure and erectile dysfunction. His thyroid test had come back normal, and his outside blood pressure readings were all elevated.

I told him I felt a beta blocker would help all four of his problems. I shared with him that in the past, when he was just a baby, we used to choose blood pressure medications according to the overall clinical appearance of each patient, but that in recent years we had been encouraged to choose the same initial medications for all hypertensive patients, based on outcomes data in large groups of patients. I shared that with today’s new DNA profiling aiding in medication selection, we seem to be right back were we were thirty years ago, and that I thought the less common first choice, metoprolol, would fit his clinical presentation better than lisinopril or hydrochlorothiazide.

The same day I saw an elderly woman with terrible pain in her shoulders and thigh pain with walking. She also had carpal tunnel syndrome in both hands. She had seen a general orthopedic surgeon twice, and had some temporary relief after a cortisone shot to her most arthritic shoulder, but her symptoms came back in full force.

Today I saw all three of them back in follow-up.

The young woman was beaming. “I can’t believe it. Two years of hives every day, and in two minutes you tell me what I have and what to do about it. I haven’t had a single hive in ten days!”

“Well, I am certainly grateful,” she proclaimed as I renewed her prescriptions for a year.

My blood pressure patient had a pulse rate well under 100, and his blood pressure was almost down in the normal range. He could feel how the medicine helped him deal with stressful situations, and, he smiled, his girlfriend sent me her thanks.

My elderly PMR patient had regained all her movement in her better shoulder and had gone shopping in the Mall over the weekend. Her son suggested she might have had a touch of mania on her steroids, but she seemed mellow enough today.

As I wrapped up my work for the day, I thought about the reasons I wanted to be a doctor ever since I was four years old. I always wanted to help sick people feel better, and I have come to find great satisfaction in the teaching aspect of medicine.

But not every patient that takes a seat in my exam room is looking for me to do either of those things. Some don’t really want to be there, and some come in hopes that I will fix them without any effort on their part.

The times I can make a diagnosis that brings relief to a fellow traveler are precious, and some days I am blessed with many such opportunities.

This is what life is like for a gastroenterologist

A patient secretly records her surgeons during an operation. Will they be fired? 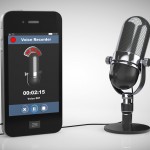