He had loved her with all his being for more than six decades. In the last two years of their 61-year marriage, he had watched helplessly as dementia wrapped its noose around her, slowly tightening its grip on her mind and pulling her away from him.

When I met him, I knew the injury was irrecoverable. Her brain was consumed by hemorrhage that had filled the space (cerebral atrophy) left behind by progressive dementia and then some, deflecting the midline between the two hemispheres nearly 12 mm.

I asked him what had happened. She had tripped and fallen. For all her mind’s frailty, her body was still strong and agile for her 83 years; how she stumbled in the small living room they had shared for more than 50 years remained a mystery.

She was still breathing on her own, but her brainstem’s ability to preserve this vital function was succumbing quickly to the pressure building from above. She appeared to be peacefully sleeping. He had not yet grasped that she would not be waking up.

I asked him what life was like at home before today. She was no longer aware of who, what, when, where, and how. A nurse would come daily to help her bathe and dress. She would then spend most of her day in a trusty old recliner. He would cook and feed her, then put her to bed every evening. They had no children. They had outlived their siblings.

Theirs was a story of two lifelong friends and lovers. Every Sunday he would take her for a drive. He wanted her to see the sun and the trees and the world outside their home. This was romance in the denouement of life. And here I was, suddenly a supporting character in the final chapter of their love story.

He cried quietly as I explained the magnitude of the injury. Like too many of my octogenarian patients, she had no advanced directives. None of the providers who knew her far better than I had thought a discussion of code status was worthy it seems. So this was my role.

We talked for a long while. After reviewing what all the technology in my critical care armamentarium might do and not do for the love of his life he said to me, “I don’t know I what will do without her. I don’t know any other life. I don’t have anyone else.”

His heartache was palpable.

There was surprise and some expression of dismay at the administrative hassle I caused when I planned to send her home with hospice services directly from the ER that day. I am grateful for the ER physicians, nurses, and social workers who helped me execute that plan even though it would have been far more convenient for us to simply admit her to the floor.

That she would die peacefully in her home of five decades with her partner of six by her side is the kind of medical outcome that looks poor on paper but feels good to the surgeon’s soul.

Jamie Jones is a trauma surgeon who blogs at Hot Heels, Cool Kicks, & a Scalpel. 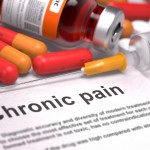 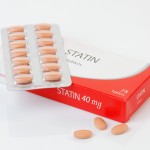