It was a concept intimately familiar to me long before anyone gave it a name. From my earliest days in college, I felt surrounded by people who packed their days with meetings, activities, sports practices or competitions; classes, study groups, and research; for whom every moment had been spoken for and each day didn’t so much end as spill over into the next. The standard was clear: to do any differently was to be lazy, unmotivated, and destined for failure.

During medical school, the feeling only intensified. Free time was a prize to vocally lust after but also a guilt-inciting purgatory to be avoided at all costs. After all, we could never learn all there was to know about medicine, so how could we ever stop trying?

When I read Anne-Marie Slaughter’s description of “time macho” — the idea that “somehow you’re better and tougher and stronger if you work harder and longer” — during my last year of school, it gave me a tangible practice toward which to direct my frustration and a paradigm away from which to direct my own behavior. Throughout my training, I tried to assign some priority to sleep and to the people and things outside of medicine that nourish my soul. And until recently I thought that I had done an adequate job of it, and of encouraging the same in my colleagues.

Last month a speaker at my hospital’s grand rounds presented data highlighting the importance of sleep — how many benefits it brings and how much physical and emotional damage a deficit of it can unleash. When she presented the recommendations for sleep durations according to age, she asked how many people in the audience had young children who were getting the appropriate amount of sleep. Less than half raised their hands. What about teenagers, she continued. Again, less than half.

What about all of you, she finally asked. How many people in the audience regularly slept for the recommended seven to nine hours each night?

Only a smattering of hands popped up across the auditorium. My own hand stayed down, despite the fact that I have been sleeping eight to nine hours per night over the past few months. I felt embarrassed, guilty for allowing myself such an extravagant amount of rest when colleagues all around me were working so hard. Never mind that I had entered my year as chief resident, with my work hours nearly halved and allowing much more time for rest, and that I was exhausted from preparing for the pediatrics boards while caring for my toddler son and navigating the first trimester of my second pregnancy. It still felt somehow shameful to be a physician getting so much sleep.

Most of the day passed before I realized that my reaction — my embarrassment, my instinctive need to offer justification for taking care of my own basic needs — only contribute to and perpetuate the culture of time macho that pervades medicine and so much of our society. The speaker could just as easily have asked how many of us value ourselves, our health, our well-being? And while that might have garnered a few more raised hands, it would by no means have been met with universal commitment, even in a room full of health care providers.

As with any effort toward culture change, the first steps involve shifts in the beliefs and behavior of individuals. So this is me urging myself and my colleagues to stop judging ourselves based on how many hours we’ve worked, the depth of our exhaustion, how thoroughly we’ve driven ourselves into the ground. To direct at least a little bit of care that we provide toward ourselves.

This is me raising my hand.

Rebecca E. MacDonell-Yilmaz is a pediatrician who blogs at the Growth Curve.

The problem with cultural competency in medical education 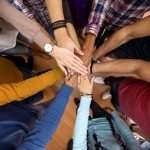 The heartbreak of dating an exhausted medical resident 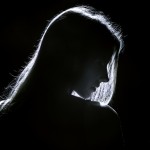 Time macho: Why I’m part of the problem
1 comments