Health care is often really costly. And with increasing frequency, a significant chunk of those costs is being passed on to patients in the form of high deductibles, copays, or other out-of-pocket expenses. As a result, millions of Americans struggle to pay medical bills each year.

What’s a poor patient to do?

For starters: They can talk to their doctors about these costs. According to a study my colleagues and I just published, when health care costs come up for discussion during clinical appointments, doctors and patients increasingly discuss strategies for how to lower out-of-pocket expenditures.

In the study, we analyzed transcripts of almost 2,000 outpatient clinical appointments, appointments audio recorded and transcribed by Verilogue Inc., a marketing research firm whose CEO, Jamison Barnett, was generous enough to collaborate with us on this research. (Full disclosure: All the doctors and patients gave permission to be audio recorded by the company. Verilogue removed all identifying information from the transcripts. And my colleagues and I did not enter into any financial relationship with the company, nor cede any control over our right to publish our findings.)

We analyzed three groups of patients, all of whom potentially face high out-of-pocket costs: breast cancer patients seeing their oncologists; rheumatoid arthritis patients seeing their rheumatologists; and patients with depression seeing their psychiatrists. We looked for any conversation that touched on the topic of health care costs — from discussions of whether insurance would “cover” a specific service (or whether the patient would instead be responsible for its cost) to patient complaints about out-of-pocket costs they’d already incurred from services ordered by their doctors during previous appointments.

In the first article published from these analyses (recently released on the website of Medical Decision Making), we focused on the strategies doctors and patients discuss to reduce patient out-of-pocket costs. And what did we find? That discussion of cost-reducing strategies was both common and rare. Common, in that, once health care costs came up in the conversation, discussion of cost-reducing strategies occurred almost 40 percent of the time. Rare, in that health care costs came up as a topic of conversation in only 22 to 38 percent of the outpatient visits, meaning that in the majority of encounters, there was no discussion of health care costs, and thus no discussion of how to reduce patients’ out-of-pocket expenditures. Here is a picture showing those findings: 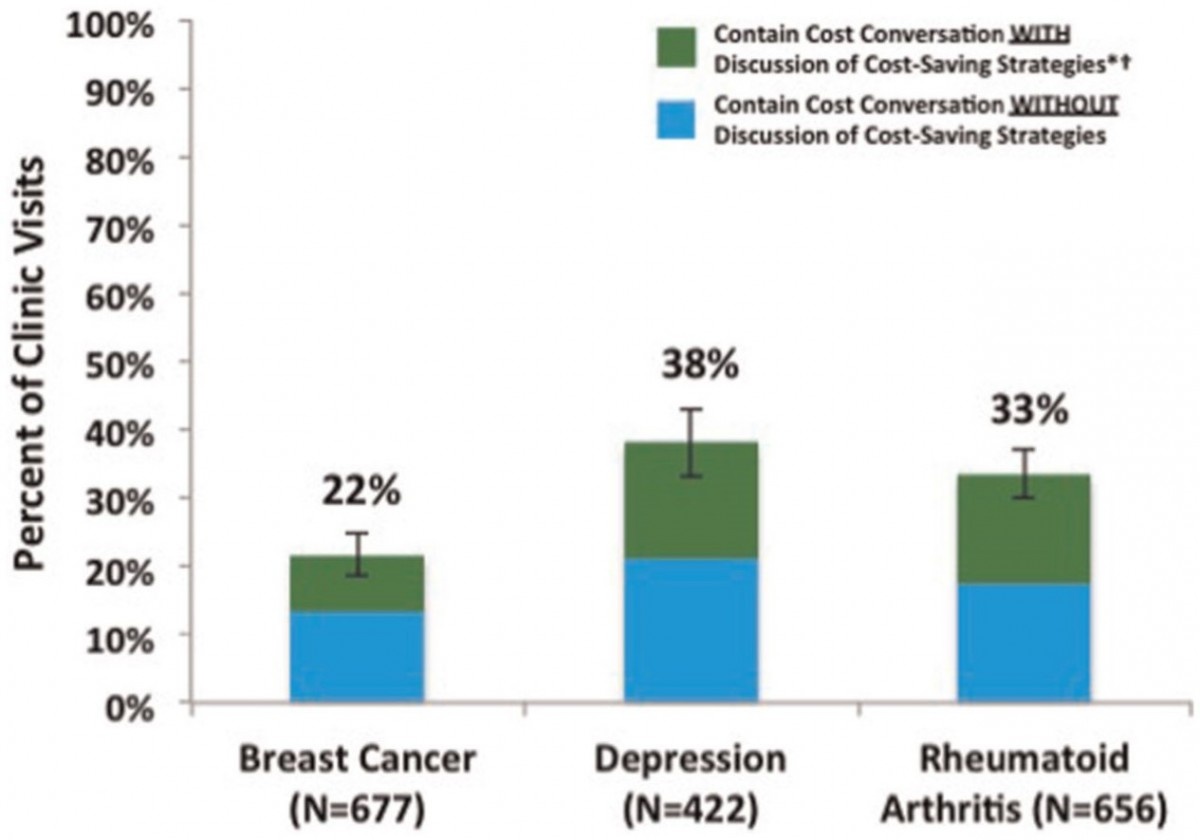 Sometimes doctors and patients found ways to reduce out-of-pocket costs without changing the plan of care. For example, doctors would refer patients to copay assistance programs, or give them free medication samples. Sometimes they would play around with the logistics of care, moving an expensive test up to December rather than January, so that the patient would not have to start spending through her deductible again.

Other times, the doctors would reduce out-of-pocket costs by switching patients to less expensive alternatives: Medication A rather than B; whole body CT scans rather than PET scans. Other times, they would simply forgo expensive interventions to save patients money. Here are some examples of these strategies: 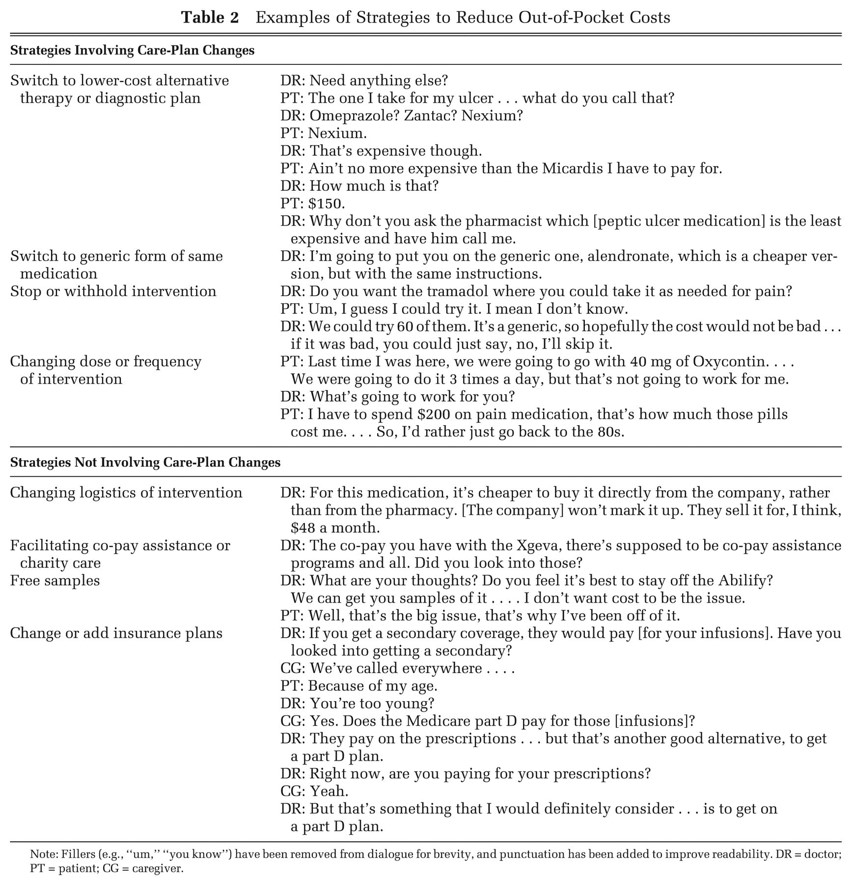 We also discovered that the discussion of cost-reducing strategies, and of health care costs more generally, were often quite brief, the vast majority consuming less than two minutes of clinic time: 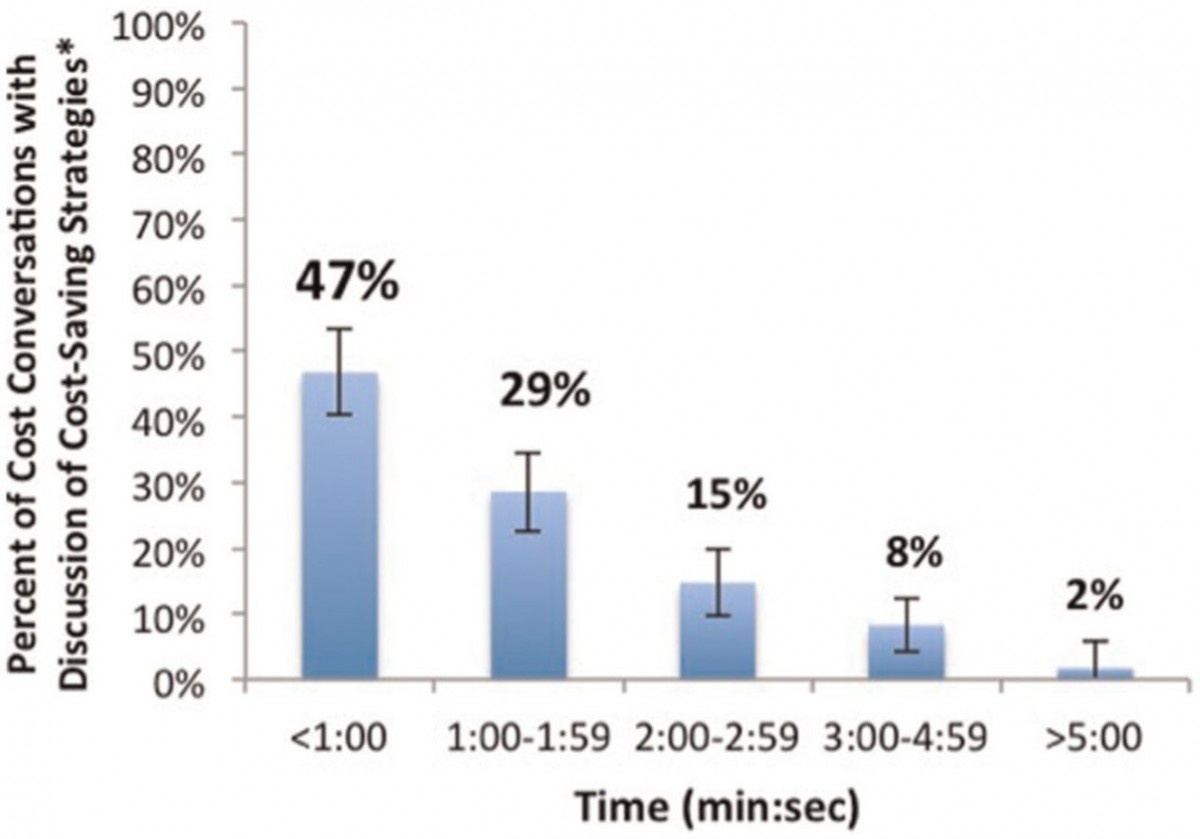 There is one important point I want people to take away from our research.

If you are burdened by high out-of-pocket costs, talk to your doctor. Together, the two of you might find a way to save a whole lot of money. 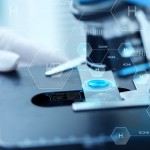 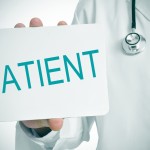 Talk to your doctor about health costs. It can save you money.
7 comments