It is February of our last few months of clinical rotations. I am a rising fourth-year medical student at a well-known East Coast institution with a not-so-bad track record, I guess you could say. I scored in the top percentile for the USMLE Step 1, honored my third-year rotations, and have comments from attendings about how I am destined to succeed in this career. One might think that at this point in my life, I should feel confident, well-accomplished, and hopeful for the future. In the last month, there’s been a lot of talk about residency and deciding on a specialty. To me, this meant finally looking back onto my life, my experiences, and all that medicine has meant for me. And I can’t help but feel that I have made a terrible, terrible decision.

I have always dreaded, but predicted, this outcome for me in medicine. I know I can make fickle decisions. I didn’t think medicine was one of them. I was an extremely diligent student for all of my life; I follow and play by rules very well like most others in this field. A lover of biology since grade school, I never saw another path for myself. I heard about medicine’s long journey, and many people (and many doctors) had attempted to dissuade me in all sorts of ways: the infamous “scary” cadaver lab, the years of schooling and residency, nights staying up to study and work, the broken health care system, the inevitably jaded fate of many physicians these days. I was a non-believer. I did not think it would happen to me. And onwards I went — learning what patient care and rounds are like while volunteering as a pre-medical student, studying for months on end for the MCAT, taking years off after Uni to continue my dream of becoming a doctor.

Now, I am almost there. I am almost a doctor. I stand at the intersection of many specialties. The difficulties in this choice tell me that I am probably not fit, ultimately, for a career in medicine. I learned that the sacrifices to become a doctor continue into the later years of this career. I learned that there is no such thing as job stability (residency and fellowship are each opportunities to get utterly uprooted from your life). I learned that internists, the quintessential doctor that I grew up admiring, do not have my dream job. I learned that too often do doctors, in general, have to fight the broken system, but internists especially. Broken patients. Broken insurance. A broken health care compensation system that prioritizes crisis intervention, and does not pay doctors to use their intelligence, skills, empathy and sense of humanity to really care for patients.

And that brings me to my next point: empathy. I entered medical school so that I can care for others and make connections with complete strangers in the most vulnerable time of their life. I learned that empathy, in general, is not rewarded in medicine. On rounds, I learned that empathy, and a person’s humanity and suffering, is not spoken about (but we will talk on and on about the patient’s rise in creatinine, hyponatremia, etc.).

And so, medical students learn quickly how to play this game. We enter noble. We leave jaded. We leave seeing that the smart move is to get out of it. And so the smartest of the smartest, the ones lucky enough to have a choice, go into fields where they limit their involvement with patients: dermatology, radiology, ophthalmology, anesthesiology. It begs the question: why are these the happiest, the most high-salaried, and patient-limited specialties? They all must have a connection.

The winning card of this game was flashed to me early in my third year. I saw that the internist can stay up all night caring for the ICU patient on the brink of death, and have half the job satisfaction (and half the pay) of the dermatologist who sleeps in on Saturdays and refuses to come in for an urgent derm consult. Compensation shouldn’t be the end-all, but numbers tell you how much society values you. And when this doctor-to-be sees that the values that brought individuals into medicine have seemingly vanished in the residents and attendings that he works with, and is not talked about anymore after the interview to get into medical school, he feels like he’s been completely duped.

Gone like smoke, like we’re all in some sort of circus funhouse. Except it’s not fun. It’s jarring, scary, disappointing, and absolutely depressing. But more than being afraid for myself, I am scared for our future doctors, because I know I am not the only one that feels this way.

Working in the ICU, I now know what hell feels like 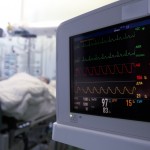 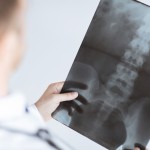