Every fall, medical schools welcome nearly 20,000 college graduates. They arrive anticipating endless hours of lectures, too much coffee, and infinite facts to memorize. There is one thing they do not expect, however. I know. Forty-nine years ago, I was one of them.

The first day I walked onto the wards was in spring of 1967. I was in St. Louis, doing my second year of medical school. Previously my presence in the hospital had been restricted to the cafeteria. I was twenty-three, had only examined the eyes and ears of my classmates — never a patient — and was about to perform an unsupervised cardiac exam.

Anxiously, I waited with an instructor and three classmates outside the room of our assigned patient. We had just finished eight weeks of lectures on how to perform a physical exam, with two weeks devoted exclusively to the examination of the heart.

They’ve already told us this patient has a heart murmur, I reminded myself. How difficult can this examination be?

When it was my turn, I knocked timidly.

Easing the door open, I found myself alone in a room with a woman about my age, sitting on the hospital bed. Trying to make eye contact, I couldn’t avoid noticing her breasts, outlined by her loosely fitting gown. Suddenly, unforeseen and unwanted sexual feelings engulfed me.

Then it registered. We’d been shown illustrations of male bodies only. Obvious differences between male and female anatomy had not been addressed. There was no mention of the need to reposition the breast to be able to feel the heart’s impulse, tap out its borders and hear its sounds. Nothing had been said about how to ask a stranger to disrobe. Two months of lectures about the techniques of the physical exam had not included a single word about the emotions that performing the exam might arouse. She may have been ready, but I wasn’t.

Attempting to regain my composure, I stared out of the window while searching for my stethoscope in the short white doctor’s jacket I was wearing for the first time. It was in the right pocket, just where I’d put it earlier.

Beads of sweat broke out across my forehead as I positioned its earpieces in my ears, took a deep breath and heard myself say, “Would you please lower your gown?”

Without hesitation, she did. Leaning over, separated from her by the length of my stethoscope, I put one hand on her left breast and held it aside. With my other hand, I rested my stethoscope on her bare chest and began to listen. She was silent. I was speechless. In three minutes, it was over.

“Thank you,” I said and walked out.

After we’d completed our exams, the instructor asked each of us to describe what we’d heard.

I had no recollection of what I’d done only minutes before.

“No,” the instructor replied, much to my humiliation.

The only member of our small group to correctly locate and identify the murmur was our female classmate. She’d found it under the patient’s breast.

Realizing that my unexpected sexual feelings had blocked any memory of my first cardiac exam, I felt mortified. Had my two male classmates experienced the same thing? If I asked them, they’d certainly know what my experience had been. So I didn’t — and for forty-nine years I never spoke to anyone of that day.

Medical practice necessitates touching and observing patients. In this context, it’s only human that sexual feelings occur. Studies of medical students and physicians have consistently shown that these emotions can influence their behavior. One report demonstrated that male physicians, more than their female peers, examine incompletely, or omit altogether, the areas of the heart that lie under the breast — thereby possibly missing clues to illness. Another concluded that male and female students alike experience emotional discomfort while performing intimate exams on opposite-gender patients. This may explain the lower rates of cervical cancer screening performed by male physicians and of prostate cancer screening performed by female physicians.

Although much in medical education has changed since I was a second-year student, today only a few medical schools make room in their curriculum to address these powerful, unwelcome but inevitable feelings. For the most part, the topic remains taboo. Medical students are still not forewarned of this potential for unexpected titillation. They’re left on their own to find personal strategies to isolate their discomfort–a long and lonely journey, undertaken in silence and burdened by guilt and shame.

It seems that medical schools are quick to emphasize treating the “whole patient” but slow to educate the “whole student.”

Ralph Freidin is an internal medicine physician.  This piece was originally published in Pulse — voices from the heart of medicine. 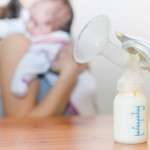