38 states currently have an apology act. This means that if doctors feel they owe a patient an apology, they may provide one without any ramifications, if future legal actions are taken by the patient/patient’s family.

In 2006, I spent 218 days in the hospital after the healthy birth of my daughter. My chronic autoimmune disease, scleroderma, masked certain signs of preeclampsia, which went undiagnosed. This led to a massive infection that ultimately resulted in eight major surgeries, two tracheotomies, ICU psychosis, sepsis, extreme deconditioning from the neck down, multiple interventional radiology drains, feeding tubes, and a myriad of other life-threatening horrors that brought me to the brink of death at age 31.

In my opinion, and the professional opinions of multiple doctors and nurses whom I’ve consulted with since my recovery, much of what my family and I endured was caused by medical error. I believe there were four physicians who contributed to my patient harm.

My high-risk OB-GYN did not give credence to the rising levels of protein in my urine, or my rising blood pressure because I was not swelling (due to tight skin, scleroderma patients typically do not swell). My rheumatologist, whom I had seen for 11 years and had guided me through my first successful pregnancy, never communicated or collaborated with my high-risk OB-GYN. The GI specialist who was assigned to my case was arrogant and dismissive of my symptoms. Even after examining my post-partum ileus, which was enormous and hard as concrete, he suggested I was merely constipated. The surgeon who ultimately did perform exploratory surgery that resulted in an emergency colectomy, was extremely reluctant to bring me into the OR. He kept insisting that there was nothing that he could do for me surgically.

I don’t think any of these doctors woke up one morning and thought, hmm, today seems like a good day to kill a 31-year-old mother with a newborn and toddler. The medical harm I suffered does not rest on the shoulders of an individual doctor. However, it was their collective ambivalence, dismissive attitudes, failure to practice collaborative medicine, and inability to follow through with solid recommendations and common sense that I believe, nearly cost me my life. Each doctor was only looking at a sliver of data and how it related to their specialty area, rather than examining the wholeness of my circumstances.

Eight days after my emergency colectomy, my health was plummeting rather than improving. In a desperate attempt to save me, my family moved heaven and earth and had me emergency transferred to a different hospital. Three out of the four above mentioned doctors came in to see me on the morning I was being transported. They kept referring to my emergency transfer as my desire to seek “a second opinion,” as if I had a suspicious mole I wanted another doctor to examine. Even when I asked them direct questions about how my routine C-section could have brought me to this grave situation in just 15 days, they were evasive. Might that have been a good time for an apology?

To this day, I have not seen or heard from these four doctors. Even knowing that an apology is not an admission of guilt, nor the fact that the statute of limitations has run out, and I couldn’t sue them if I wanted, has swayed these physicians to contact me. Despite the fact that a leader in the patient harm prevention movement has spoken with the CEO of the hospital, asking on my behalf to allow me to speak with their medical professionals on the role that empathy plays in patient harm, I’ve received zero communication from the hospital.

I do not believe these doctors to be malicious individuals who don’t care about the quality of care they provide. My gut tells me the doctors and hospital administration is terrified to apologize, or communicate with me because that’s just not the way things are done. Sadly, the errors made in my case were swept under the proverbial rug, in the hopes of avoiding a malpractice suit. No one has learned from the mistakes that forever changed the course of my life at that of my family’s.

What if there was another option? What if, instead of concealing medical mistakes, we used them as teachable moments? What if the errors were exposed, examined by colleagues, and protocols were remediated in order to reduce patient harm? This very concept was conceived at the University of Illinois’s Hospital, which led to the creation of the Seven Pillars Approach. Programs like these are cropping up all over the country.

Many will argue that the future of medicine hinges on innovative technology and propelling scientific research forward. While I agree these are critical elements, I maintain that in our new digital world, we can’t discredit the role that humanity and empathy play in medicine. It’s an arduous task to balance the benefits of innovation with the heart of medicine. To me, the future of medicine rests on the ability of medical professionals to see patients as people, not data. Only then, can we begin to change the culture of medicine and cultivate an environment where medical error is acknowledged and examined, protocols are changed, and apologies are made.

Lisa Goodman Helfand is the author of Does This Hospital Gown Come With Sequins?  She blogs at Comfortable in My Thick Skin. 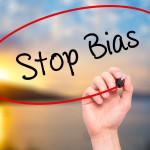