The microbiome is among the hottest topics in medical and scientific research. The National Institutes of Health and private foundations have invested hundreds of millions of dollars in research to define and characterize the human microbiome. In the next decade, billions more will be devoted to deciphering how microbes influence human health in a positive manner. The White House even issued a national call to action for new commitments to microbiome research from all sectors.

The implications of the microbiome are prominent in gastroenterology, my own specialty; our leading physician group, the American Gastroenterological Association, has confirmed this commitment by establishing a Center for Gut Microbiome Research and Education. Beyond GI tract diseases, the microbiome has also been linked to disorders ranging from autism and allergies to obesity. As a result, excitement is building among physicians across many specialties. However, as with most emerging areas of science, it will take extensive time and resources to translate preclinical research into clinical practice.

One microbiome-driven treatment — probiotics — is an exception, as these living microscopic organisms have flooded the market, typically in the form of supplements and yogurts, and have quickly reached the hands of our patients. We’ve seen some positive human clinical trials using milk-fermenting bacteria such as Lactobacillus and Bifidobacteria, or our so-called “first-generation” probiotics.

With this data in mind, as well as my own personal experience, here is how probiotics are currently being used to treat digestive diseases:

Antibiotic-associated diarrhea. Several Lactobacillus strains, as well as the probiotic yeast Saccharomyces boulardii are capable of limiting the duration or intensity of diarrhea associated with taking common antibiotics such as cephalosporins and macrolides. Individuals might consider taking their probiotic supplement at a different time than the antibiotic to enhance the likelihood of probiotic survival and efficacy. I frequently recommend a well-studied Lactobacillus-containing probiotic — such as Culturelle, DanActive, or BioGaia — to patients who have experienced this in the past. I also found this strategy to be effective for my own children.

Infectious gastroenteritis. Bacterial and viral infections can be bothersome during the acute phase and can lead to bowel irregularity for weeks afterward. Taking a Lactobacillus probiotic or S. boulardii may shorten the duration of both acute illness and extended symptoms.

Irritable bowel syndrome: IBS symptomatology is complex, but several studies suggest certain probiotic products reduce symptoms in some individuals. In one study, Align, a specific Bifidobacteria strain, improved global IBS scores more than a placebo or a Lactobacillus probiotic. In my practice, I find Align helpful for some patients, particularly with bloating and associated dysphoria. The multi-strain probiotic VSL#3 is another option, and meta-analysis suggests that Bifidobacteria are more effective than Lactobacillus strains.

Inflammatory bowel disease: Various probiotic preparations have been studied for IBD, including Crohn’s disease and ulcerative colitis. In short, probiotics have not been found to be beneficial for Crohn’s disease. In ulcerative colitis and pouchitis, multi-strain probiotics such as VSL#3 may be effective as an add-on or single agent for some patients with mild or even moderate disease activity. In my own clinical practice, I have found only a few instances of sustained objective success for this strategy.

While I believe that probiotics have a place in managing GI symptoms and conditions, we need to keep the following in mind:

My patients often ask if they should routinely take a probiotic or consume a probiotic yogurt for their general digestive health. This question is likely prompted by product labels indicating that their probiotic “improves digestive health” or “strengthens the immune system,” even though the FDA has not approved any health claims for probiotics. I usually respond to patients by encouraging them individually to monitor their own symptom response goals that are being met by taking the probiotic for a month. If not, their money is probably better spent elsewhere.

While I personally remain optimistic about the translation of “next-generation” probiotics, i.e., those not from the Lactobacillus or Bifidobacteria strains, many questions remain to be answered. What will their safety profile be? Will they be effective in pill form? Will individual probiotic species be the answer, or will novel consortium-based probiotic products be tailored to treat specific diseases, as is nearing reality for Clostridium difficile? With these questions still looming and patient interest in “first-generation” probiotics at an all-time high, now is a great time to learn more about the supporting data and incorporate them into your life or into your practice as a clinician when appropriate.

Matthew Ciorba is a gastroenterologist. A version of this article originally appeared in AGA Perspectives. 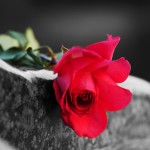 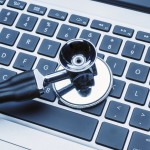