As part of my pediatrics rotation, I recently spent a week taking care of patients at juvenile hall. The patients were physically healthy for the most part; I saw them for screening physicals that they receive while incarcerated. However, these encounters were far more than a typical physical. Instead of focusing on medical issues, we primarily talked about health behaviors and general well-being.

It was a rare opportunity to interact with people who have a completely different set of life experiences than mine. I was talking to 14- and 15-year-old kids who have been involved in robberies and gang violence, and some of whom have multiple children of their own. Given the confidential nature of a doctor’s office, they were often happy to open up about their lives.

Working at juvie was one of the most eye-opening experiences I’ve ever had. I’ve shared some of the most quotable moments (with the language cleaned up) in small reflections below.

While almost no one wants to be in juvenile hall, a surprising number of kids acknowledged that it was good for them. In prison, they didn’t have to worry about the violence that might characterize their lives outside. It was also an opportunity for them to study while sober. Many of them were often drunk and/or high while outside. Without such distractions, they were able to concentrate on schoolwork and complete credits while locked up.

From my very first day, it became clear that gangs were a major influence in many of the kids’ lives. I had the following conversation with one of them:

And so on. There was no cognitive thought that went into the decision to join a gang. He was barely out of toddlerhood when his 10-year-old brother told him to sign up.

And once in, it was very hard for the kids to break away. It was the only peer group they knew, and they could only fit in with their friends and classmates if they were willing to participate in some level of criminal activity.

“Being locked up is keeping me alive. And I’m learning more than I ever did on the outs,” one teen told me.

Part of the reason it was so difficult to break away from gangs is because the kids didn’t trust other institutions. For instance, the police. I had the following conversation with one patient:

Patient: “These gang members kept coming to my house and sleeping there. I told them to leave but they wouldn’t. They think they can do whatever they want because they’ve got guns. And when I try to fight, they would pull their guns out and point them at me. I just have a little knife, what am I supposed to do?”
Me: “Did you ever think about calling the cops?”
P: “Hell no! Man, if I called the cops, they would probably show up and arrest me.”

While they did have difficult circumstances, many of the crimes that landed kids in juvie were the result of poor decision-making and a lack of judgment. For example:

Me: “What landed you here?”
Patient: “I stole a car.”
M: “Why did you steal a car?”
P: “It was unlocked.”
M: “Is that a reason to steal it?”
P: “Yeah! People shouldn’t leave their cars unlocked like that. I was just teaching those fools a lesson. But the cops found me and locked me up.”
M: “So you think you’re the victim here?”
P: “Yeah.”

Juvie was fascinating. But as much as there were clear differences between these kids and the kids brought up in the suburbs, what was most striking was the similarities. They were easy to talk to and in many ways, they had the same goals that we all did in high school. They wanted to fit in. They wanted to earn the respect of their peers. Underlying it all, they wanted to ensure their own safety and wellbeing. But the environment we live in changes how we try to accomplish our goals. These kids lived in a completely different context, and the result was one bad decision after another.

This is not to say their actions were justifiable. They often understood the consequences of their actions and chose to do them anyways. Many of them will go on to commit more serious crimes.

Obviously, I don’t know the best way to set up the justice system and deal with troubled teens. But I realized that doctors are sometimes the only authority figure that these kids are willing to trust. As a result, we’re in a unique position to help people reflect on their choices and change their decisions in the future.

Shame and stigma in patients with HPV-related oral cancers 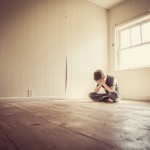 Amplify your message with social media and change the world 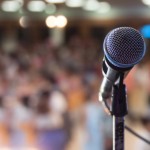