Just as the U.S. health care system is about to make performance measurement a central feature of … well, just about everything doctors do … some prominent and highly influential physicians are asking for a pause and reassessment.

Writing for the New York Times, Dr. Bob Watcher argues that, “Two of our most vital industries, health care, and education, have become increasingly subjected to metrics and measurements. Of course, we need to hold professionals accountable. But the focus on numbers has gone too far. We’re hitting the targets, but missing the point …”

The drive to performance measurement, he says, started “innocently enough” as “evidence mounted that both fields were producing mediocre outcomes at unsustainable costs.” Now, though “the measurement fad has spun out of control.  There are so many different hospital ratings that more than 1,600 medical centers can now lay claim to being included on a ‘top 100,’ ‘honor roll,’ grade ‘A’ or ‘best’ hospitals list. Burnout rates for doctors top 50 percent, far higher than other professions. A 2013 study found that the electronic health record was a dominant culprit. Another 2013 study found that emergency room doctors clicked a mouse 4,000 times during a 10-hour shift. The computer systems have become the dark force behind quality measures.  Education is experiencing its own version of measurement fatigue. Educators complain that the focus on student test performance comes at the expense of learning. Art, music and physical education have withered, because, really, why bother if they’re not on the test?”

He’s not the only Dr. Bob who is anxious about performance measures.  Dr. Bob Berenson, who has for years played a key role in influencing Medicare payment policies as a former vice chair of the Medicare Payment Advisory Commission and, in the 1990s, as acting administrator of CMS, takes on the “myth” that W. Edwards Deming, the famed quality improvement guru, said that “if something cannot be measured, it cannot be improved” — the justification offered by many for the proliferation of performance measures.   According to Dr. Berneson, Deming actually wrote the opposite, “It is wrong to suppose that if you can’t measure it, you can’t manage it — a costly myth.”

Dr. Berenson continues: “The requirement for measurement as essential to management and improvement is a fallacy, not a self-evident truth and not supported by Deming, other management experts, or common sense. There are many routes to improvement, such as doing things better based on experience, example, as well as evidence from research studies.”

He argues that the Medicare Access and CHIP Reauthorization Act (MACRA), which will steadily increase the amount of Medicare payments to physicians that are based on measures of value, will likely turn out to be “a doomed attempt to measure value.”  “Practical challenges aside, pay for performance for health professionals may simply be a bad idea. Behavioral economists find that tangible rewards can undermine motivation for tasks that are intrinsically interesting or rewarding. Furthermore, such rewards have their strongest negative impact when they are perceived as being large, controlling, contingent on very specific task performance, or associated with surveillance, deadlines, or threats …”

And then there is Dr. Bob Centor, chair emeritus of the ACP Board of Regents, who is a long-time critic of performance measures.  Writing in his blog, Dr. Centor notes, “I first wrote about my concerns [about performance measures] over 10 years ago.  In those early days of the blogosphere, few experts paid attention to our ranting … We can only hope that these commentaries will stimulate greater attention on the problems of performance measurement.  Read these [Dr. Watcher’s and Dr. Berenson’s] commentaries and understand the bloggers made these points 10 years ago.  We understood what could go wrong and predicted the current problems.  Of course, we were labeled kooks back then.”

As a Bob myself (albeit not a doctor!), I think it we all need to consider the advice of these three very thoughtful and respected Dr. Bob’s about the hazards of performance measures.   The potential for unintended consequences is real, including contributing to physician burnout by adding more unnecessary administrative burdens to an already burdensome system, undermining professionalism, exacerbating health care disparities (because physicians who serve underserved populations may not score as well on some of the measures), and creating the medical equivalent of teaching to the test, as physicians divert their attention to the aspects of care being measured at the expense of those not being measured.

Yet I disagree with Dr. Berenson that MACRA was a “bad idea” and “likely doomed attempt to measure value.”  Not only was MACRA the means for getting the universally loathed Medicare SGR formula repealed (without it, we’d still likely be facing double-digit SGR cuts in payment to physicians), MACRA is really about making fundamental, and, I would argue, needed reforms to how physicians are paid and care is delivered — moving payments away from rewarding volume, engaging patients in their own care and in shared decision-making with their physicians, and moving care delivery away from silos of care into integrated, team-based, and patient-centered models like patient-centered medical homes.

Keep in mind that paying physicians based on volume — that is, fee-for-service — itself has many documented adverse consequences on patient care, including higher costs, over-testing, and the over-valuation of procedures at the expense of primary care and cognitive care.  Under FFS, physicians who see the most patients and spend the least time with them, and who order or perform the most procedures, are rewarded; physicians who see fewer patients yet spend more time with them, and who do not order or perform procedures, are penalized.  MACRA is an effort to change all of this by putting the emphasis on value rather than volume, moving physicians and Medicare payment policies away from fee-for-service.

Yes, performance measurement is an important part of MACRA, but the goal really isn’t for Medicare to impose ever more measures on physicians just because it can.  Rather, it is to use Medicare payment policies to encourage innovation in how care is delivered, and then carefully apply measures to assess how well those innovations are contributing to the Triple Aim of better individual health, better population health, and lower per capita costs — all things that, it seems to me, can be measured, especially the latter two, even if the most commonly used measures today don’t yet fit the bill.  Further, MACRA itself calls for harmonization of measures across the current Medicare reporting programs, creates a process for the medical profession and others to propose new and better measures, and other needed improvements.

The three Dr. Bobs are right, in that we shouldn’t design payments and delivery systems around performance measures. We shouldn’t think that care will be better if we dangle a few dollars out to physicians for meeting this measure or that.  Instead, we should figure out what works to help physicians achieve the triple aim, including better ways to organize and deliver care, and then judiciously apply a core, harmonized, and improved set of measures to track progress, while always being on the lookout for unintended adverse consequences.  MACRA may very well turn out to be an imperfect framework to achieve this, but it is a good start and should be given a chance to work.

The future of Zika virus? How rubella provides clues. 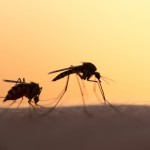 3 immediate ways health IT can improve 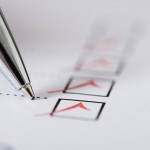