Over the past week, while covering the inpatient gastroenterology service, we cared for three patients who were hospitalized with gastrointestinal bleeding who were found to have large, potentially life-threating, stomach ulcers. All three of the patients had abruptly stopped their acid-suppressing proton pump inhibitor (PPI) medication in the preceding 1 to 2 weeks.  With PPIs being a primary therapy for gastroesophageal reflux and ulcer treatment, why would these patients have stopped their PPIs without medical consultation? Unanimously, they had all heard on the news that a new study found that PPIs might cause dementia.

This past month, a recent study in JAMA Neurology by Gomm and colleagues from the German Center for Neurodegenerative Diseases reported that PPI usage among those over the age of 75 may be associated with a risk of dementia. While the study findings showed a statistical association, it is important to understand the limitations of their findings and how interpretation of these results can lead to significant consequences.

The authors were fair in pointing out certain limitations in their study, and an accompanying editorial by Dr. Kuller further highlighted that while the authors’ findings are potentially important, they are unable to draw the conclusion that PPIs cause dementia.  Furthermore, the American Gastroenterological Association (AGA) and other gastrointestinal societies have released statements on how to interpret such a study, and the importance of educating patients on why they are prescribed PPIs and what their risks and benefits may be.  Despite these warnings, patients have stopped taking their PPIs because they are concerned about the chance of developing dementia, and as a result, possibly placing themselves at risk.

The challenge with such a study is that while it may show a statistical association, it does not prove that PPIs cause dementia.  Rather, this type of research is hypothesis generating. To attempt to get at the “right answer” and understand if PPIs cause dementia, researchers would need to study a cohort of elderly patients without dementia over years while exposing half of them to PPIs and the other half to placebo. After continued surveillance, researchers would then have to determine if either group developed dementia at different rates. The aforementioned is much easier said than done, and perhaps impossible.  Essentially, we have an untestable hypothesis. And therefore, we are left with the challenge of not entirely understanding the validity of the results, and yet scared that our patients, loved ones, and perhaps ourselves, are at risk of harm.

It is easy to fixate on the potential ill-effects of a medication, but it is just as important to take into account the potential harms of the disease they are being used to treat.  PPIs have shown clinical efficacy in the treatment of gastroesophageal reflux disease and its complications (examples include inflammation of the esophagus, and Barrett’s – a precancerous condition), as well as ulcer disease and upper gastrointestinal bleeding.  We also know that abruptly stopping PPIs can lead to rebound hyperacidity, which may very well have contributed to our patient’s ulcer development. Our goal is not to tell people whether they should or should not be taking their PPIs, or to testify about whether the conclusions from the above study are correct.  The issue is that we simply do not know the truth, and for many patients the risk of stopping treatment with a PPI outweighs the risk of developing dementia.

The best advice we can give is in line with the AGAs recommendations to make sure that PPIs are being used appropriately, and if so, to consider the implications of stopping before panicking about long-term unsubstantiated complications. If indeed our three patients this week experienced serious gastrointestinal bleeding because they stopped their PPIs, we are quite certain there are many others out there at risk for harm as well. 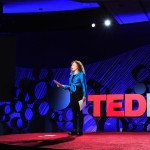 Naturopaths should be restricted from treating children. Here's why. 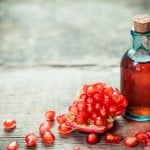 Dementia from PPIs: A hypothesis that may have led to gastrointestinal bleeding
2 comments