The observation versus inpatient distinction is rightly getting more media and public attention with each passing month. In a nutshell, for anyone reading who is not familiar with what this is all about, it’s essentially a way of categorizing people when they get admitted to hospital.

You are either deemed an inpatient (basically a more complex case) or an observation (a less serious case). The individual reasons and checkboxes that have to be fulfilled in order to be an inpatient are beyond the scope of this article, but the distinction initially came from Medicare (at the federal government level) and has now been adopted by insurance companies too.

Why does this matter? Because patients who are classed as observation are responsible for more out-of-pocket costs than those who are inpatients. There’s little doubt that the intended consequence of this is to reduce central health care costs and shift more burden onto patients for the less acute cases. Even more worrying is that year by year, the criteria for being classified as an inpatient appear to be getting stricter.

The bulk of the patients having to pay extra for hospitalization are of course the elderly in their 80s and 90s, who are frequently hospitalized for problems such as chest pain and syncope (passing out) — conditions that are classed as observation stays. Despite the word “observation” sounding relatively benign, there really is little choice in most of these cases but to bring the person into the hospital for further management.

In my clinical practice, I’m noticing that patients are becoming significantly more aware of this issue, and many of them are asking me whether they will be inpatient or observation, worried that they will be paying more for the latter. I always feel very bad for them, and am brutally honest in telling them that I don’t have complete control over that, and it depends on the severity of their illness. I don’t finish without adding that if it were up to me, there would be no such artificial distinction, as dealing with that is not what any doctor went to medical school for. In my view, if you’re sick enough to be in hospital, then that’s the end of the story, whether it’s for 1 day or 4 days.

One experience in particular stuck in my mind as if to underscore the unfairness of this whole thing. Not so long ago, I was taking care of a World War II veteran, who had landed on Normandy Beach on D-Day. I have an interest in history myself, and always enjoy talking to anyone who lived through World War II. Growing up in the United Kingdom, I would regularly encounter people who would tell me stories of the blitz and how much anxiety the country had gone through under the threat of an imminent Nazi Germany invasion.

In over a decade living in the U.S., I’ve heard the most amazing stories of that generations’ service in Europe and the Pacific. These are true heroes (they are not called the greatest generation for nothing). Consider the following statistic that underscores the enormous national sacrifices made by those people. Around the time of Pearl Harbor, the U.S. was a country still reeling from the Great Depression, and had the 17th largest military in the world — behind even Romania and Portugal!  What happened over the next three years was one of the biggest mobilizations of any nation in world history.

Thanks to the collective efforts of that generation, the U.S. not only became the strongest military world power in a very short amount of time, but was also catapulted to the world’s biggest economy for the next several decades (a position that still hasn’t been relinquished yet because it pushed the U.S. so far up the ladder). It was their hard work that produced an unprecedented surge in standard of living and wealth. Such was the collective sacrifice endured by those good folk, both on the frontline of war and back home supporting and building everything.

But back to my elderly patient who landed on Normandy Beach. He and his elderly wife (who got married in the early 1940s) asked to speak to me because they were very concerned about whether they were observation or inpatient. I knew inside that he would be observation, but didn’t have the heart to tell them right away, because he still wasn’t feeling too good. The worry on the wife’s face was palpable, since they were of modest means only.

That image of this elderly couple alone in a hospital room remained with me for quite some time. They were the embodiment of that greatest generation. They had been model citizens, worked honestly, raised a good family, and served their country well. They had seen so much: World War II, the tumultuous 1960s, the moon landings, presidents come and go, and the dawn of the age of computers. It’s a big moral issue to ponder as this generation reaches the end of their lives. How should we be treating them?

Our generation, who has it so easy compared to what they went through, really does owe them a huge debt of gratitude. Freedom and living in such a prosperous country are not to be taken for granted. They were hard-fought and won through the blood, sweat and tears of those who came before us. And now two members of that generation were here in front of me, at the twilight of their lives, getting stressed because this brief hospitalization may cost them a few hundred dollars extra because of some artificial distinction that we make to classify sick people.

During his hospital stay, that patient recounted to me the moment when he landed on Normandy Beach. We’ve all seen the harrowing images on newsreels and in movies. I tried to imagine what he was thinking as he sat on the boat sailing over from England and what thoughts went through his head as the door was lowered and he was getting ready to run onto the beach to face a hailstorm of bullets.

One thing’s for sure. He never could have thought that his country would be treating him like this one day.

No, doctors aren't to blame for burnout 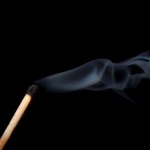 From volunteer to family physician: A medical student's journey 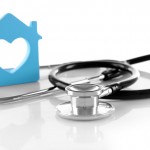 When debating inpatient vs. observation, remember this history lesson
40 comments