Foria wants you to know they are selling vaginal suppositories of THC (tetrahydrocannabinol) and CBD (cannabidiol) called Fiora Relief for menstrual cramps. Each suppository contains 60 mg of THC and 10 mg of CBD.

Foria claims they can treat the pain of menstrual cramps and endometriosis. Is this possible?

THC and cannabidiol (CBD) are compounds found in marijuana. The psychoactive (i.e., high) from marijuana is believed to be due to the THC, which can relax muscles and also cause euphoria and sedation as well as anxiety, paranoia, and dysphoria. Cannabidiol can stimulate receptors in the brain, reproductive, endocrine (hormone), gastrointestinal, and vascular systems. Some research suggests CBD may attenuate THC-induced tachycardia, euphoria, and anxiety (i.e. the bad parts of a high), but it’s not clear if that is really the case clinically. We have a lot to learn about these receptors and their role in pain and inflammation. Basically, we don’t know what we don’t know.

It is always hard to substantiate any claim about marijuana products due to the limited research. There is no study on THC and/or CBD for menstrual cramps or pelvic pain or endometriosis. If fact, the few studies on the reproductive tract are on rat uteri. If that doesn’t reassure you, I don’t know what will.

So what can we infer from the available research and general body of knowledge?

Oral and mucosal delivery of THC is different from smoking. Mucosal delivery (like vaginal suppositories or an oral spray) is a slower reveal to the brain than smoking. With edibles it is about 30 to 60 minutes for the drug to reach the brain.

We know a fair bit about mucosal delivery. Canada and the United Kingdom (and other countries) have the drug Sativex, a 1:1 ratio of THC and CBD to treat the muscle spasm associated with multiple sclerosis and pain from cancer. Each spray contains 2.7 mg delta-9-tetrahydrocannabinol (THC) and 2.5 mg cannabidiol (CBD). Eight sprays spread out throughout the day is very well-tolerated with no psychoactive effects.  A dose of 8 sprays over 20 minutes, so 21.6 mg, showed abuse potential. After Sativex is administered the THC and CBD appear in the bloodstream within 15 minutes. The maximum recommended dose is 12 sprays a day or 32.4 mg.

Absorption from the vaginal mucosa would likely be somewhere between the oral spray and ingestion, so between 15 and 60 minutes.

With oral administration many people consider 10 mg of THC to be one dose.

The dose of 60 mg of THC in the Fiora suppositories is significantly have higher than the recommended 32.4 mg maximum daily dose of Sativex.

It’s high doses of THC, much more common with modern strains, that takes people to the emergency department.

What about Foria’s claims?

The company says it’s product won’t get you high because “the medicine is administered as a vaginal suppository.” This makes no sense. Medications are absorbed from the vagina into the bloodstream and then from the bloodstream they go to the uterus and the brain and everywhere else that blood goes. This requires only a rudimentary knowledge of physiology. Medication doesn’t crawl up the vagina to the uterus and then just hang out avoiding circulation.

Fiora also claims the uterus has “more cannabinoid receptors than any part of the body except the brain.” I can find no study to support this assertion. Also, just because we have a receptor doesn’t mean that stimulating it produces a medicinal and safe effect. Opioids stimulate the all kinds of receptors and, of course, there is good and bad in that. Keep in mind that the role of endocannabinoid signaling in the human reproductive system is still largely not understood.

What other effects could it have?

Vaginal THC and CBD could affect the vaginal ecosystem (the good bacteria).Again, untested. One study has linked marijuana use with colonization of the vagina with yeast.

Technically there is more than enough THC in Foria Relief vaginal suppositories to get you very high and even send you to the emergency department, although as vaginal absorption of THC is totally unstudied who really knows? Also, you are taking their word that this is the actual dose. The product might also contain not much of anything.

Why they decided to go with such a high dose is unknown as much lower doses can produce analgesia (pain relief), unless of course it’s not about the cramps after all.

If Foria Relief really does contain 60 mg of THC and absorption is between 15 and 60 minutes it’s hard to believe the goal isn’t to leave you paralyzed on the bed thinking menstrual cramps aren’t so bad after all.

I was going to suggest Maureen Dowd try them out and report back, but given all the unknowns and the dose I can’t recommend anyone use them. Not even for the New York Times. 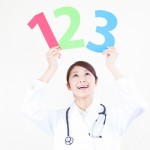 Strategies for coping with the side effects of medications 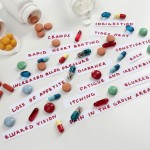 Vaginal marijuana for menstrual cramps. Does it really work?
5 comments