Fever phobia is common among parents. The vast majority of the time, these fears are unfounded, because a fever is very rarely a cause for significant concern. One important exception is in newborns under 2 months of age. Compared to older children, these very young infants are at high risk for serious infections, so any fever in this age group requires urgent medical evaluation. Here’s what parents needs to know about fevers in newborns:

What is a fever?

Fever is a normal reaction to an abnormal condition. The reason the immune system increases the body’s temperature is to create a less hospitable environment for viruses and bacteria. Many parents fear that fevers (especially high ones) will cause brain damage or other significant harm, but that’s really not the case. Fevers caused by illnesses are not dangerous; They are simply a sign that something is going on. That “something” may or may not be concerning, so it’s really the cause of the fever — and not the fever itself–that matters.

When to check a baby’s temperature

Unless you work in a hospital or doctor’s office, checking temperatures shouldn’t be part of your daily routine. If your baby is happy, feeding well, and not feeling noticeably warmer than usual, you don’t need to check a temperature. But if you have some reason to think that your baby might be sick, it’s good information to have.

And before I forget: you don’t need a 24-hour temperature monitor for your baby. It’s extremely rare for us to track temperatures that closely in the hospital; you certainly don’t need to do it at home. Use the money to start a college fund.

How to take a baby’s temperature

This seems basic, but parents get it wrong all the time. One of my colleagues got a phone call from a panicked mother who said her baby had a temperature of 400 degrees. When asked how she measured it, the mother said she didn’t have a thermometer, so she turned on the oven and adjusted the temperature until the oven door felt the same as the baby’s forehead. Creative? Absolutely. Accurate? Not so much.

If you walk through your local baby superstore, you’ll probably find an entire aisle littered with thermometers. There are so many different styles, it’s hard to keep up. But for newborns, when accurate measurement is really important, you should use a rectal thermometer. I know, it’s not the most pleasant thing for you or your baby. But we know it’s accurate, and your baby will forget all about it.

To take a rectal temperature, place your infant on his back, remove his diaper, and pull his legs up towards his chest. Use a dedicated digital thermometer dipped in some sort of lubricant (Vaseline, KY jelly…just whatever you have around). Turn the thermometer on and insert it gently about 1/2 to 1 inch into the rectum. Hold the thermometer in place until it beeps, and then read the temperature on the display.

Be careful when removing the thermometer–it’s very possible that it won’t be the only thing coming out. Wash the thermometer with soap and water, or wipe it off and clean it with rubbing alcohol.

Why we care about babies with fevers

The reason we worry about fevers in newborns is that they may be an early sign of a life-threatening infection. When babies get sick, they can get sick fast, so it’s important to catch these infections as early as possible. This is also the reason that we don’t routinely give Tylenol to infants under 2 months; there’s nothing inherently harmful about it, but it can mask a fever and delay the recognition of a serious illness.

The infections we get concerned about are things like bacteria in the bloodstream, meningitis, urinary tract infections, and pneumonia. The bacteria that cause these infections are typically acquired from the mother during childbirth. The two most common pathogens we see are E. coliand group B Strep (or GBS). GBS lives in the GI tract and vaginal canal of many women (about 30 percent of them) without causing any problems. But because it can cause severe disease in newborns, pregnant women are routinely tested for group B Strep prior to delivery. Women who are found to carry GBS are typically given antibiotics prior to a vaginal delivery to reduce the infant’s risk for developing an infection.

Another very deadly infection seen in newborns is herpes simplex virus (HSV). This is the virus that causes genital herpes as well as cold sores. More often than not, this infection is acquired from the mother’s vaginal canal during birth, but it can also be transmitted prior to birth through the placenta, or from contact with family members with cold sores. HSV can be a devastating infection, affecting the brain as well as many other organs. Babies with HSV can go from fine to dead in a matter of hours, so starting treatment as soon as the diagnosis is suspected is critical.

Because HSV is a sexually-transmitted infection, some mothers get defensive when asked about it. But I promise, nobody’s asking about your sexual history because they’re just curious. It’s an important part of our decision-making process when treating infants that could potentially have life-threatening illnesses. Awkward moments aside, the bigger problem with these questions is that they can provide false reassurance. Even mothers who have never had a herpes outbreak can carry the virus without symptoms. Or they could have been infected recently enough that their first outbreak hasn’t occurred yet. This uncertainty is why, in some situations, doctors will test and treat for HSV even if the mother has never had an outbreak. It’s not because we don’t trust you; it’s because we don’t trust HSV–and we care about your baby.

Sorry for scaring you, but being a parent is terrifying at times. Being a doctor can be scary, too. The good news is that the majority (about 85 percent) of infants with fevers have mild infections like colds or stomach viruses that resolve in a few days without any problems. And the other good news is that even the more serious infections are treatable. And the earlier we start treating them, the better our chances are to prevent significant harm.

What we do with newborns with fever

Because of the relatively high risk for serious infections in newborns with fevers, we tend to get pretty aggressive with our evaluation and treatment. The exact plan will vary based on the doctor’s judgment as well as the baby’s appearance, risk factors, and age. But typically, the plan will involve taking blood and urine samples, and often collecting spinal fluid with a procedure called a lumbar puncture. This procedure sounds horrible, but it’s relatively straightforward, and complications in babies are rare. A chest x-ray may be ordered for infants with symptoms that suggest pneumonia.

After all those labs are drawn, infants will often be admitted to the hospital and started on at least one antibiotic (and sometimes an antiviral medication to treat HSV). These treatments are typically continued for 24-48 hours while waiting for results of the tests. Some of these tests come back quickly, and will give a general idea of the infant’s risk for severe illness. The better tests are cultures, which involve trying to grow bacteria from the body fluids. These require several days for a final result, but in babies with reassuring labs who are doing well, we’re usually comfortable sending them home by 48 hours or so.

As much as we all like answers, it’s important to remember that the things we are looking for aren’t things you’d want us to find. Parents are frequently disappointed to leave the hospital without answers, instead of relieved that we’ve ruled out the scary stuff. But in this case, no answer is both the most likely outcome and the best.

If the cultures do grow bacteria, we make sure our antibiotics are appropriate for that infection and continue treating for an appropriate length of time. Depending on how the child is doing, this may be done at home or in the hospital. And depending on the nature of the infection, there may be additional testing required–for instance, infants with meningitis may require a follow-up lumbar puncture, or those with urinary tract infections may need imaging studies to look for anatomical problems that put them at risk of future infections.

Obviously, I can’t cover every possible scenario here. It’s important to remember that this plan depends heavily on the doctor’s judgment, the baby’s appearance, and a variety of other factors. Some infants won’t require all of these tests, some won’t be started on antibiotics, and some won’t be admitted to the hospital. But at least, if yours is, you won’t be surprised.

Fever is almost never a big deal — but infants under 2 months are an important exception. If you find yourself in this situation, call your doctor right away, or go to the nearest emergency room. While you’re there, try to remember that the majority of the time, these babies do very well. Most likely, the whole event will fade into a distant memory that you can talk about at your baby’s graduation party.

And after your baby outgrows this period, stop worrying about fevers. They almost never matter. 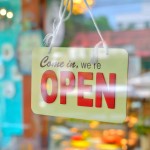 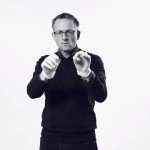 The truth about fevers in infants
1 comments