In this article, I’ll discuss a medicine-specific strategy that many of my physician colleagues and I have used over the years to learn dense, complicated information quickly and effectively, and to do well on board exams.

These are the two most important tenets of studying for a medical board examination:

1. Find the highest-yield information and memorize it cold.  With active methods such as mnemonics, teaching others, lecturing “to the wall,” writing notes out from memory, writing your own multiple-choice questions, etc. — before moving on to information that’s less likely to be tested.

2. Identify the highest-yield question banks — the ones that best resemble the exam — and test yourself frequently while studying.  Look up every unfamiliar answer choice (even the wrong ones) following each question.  Try to buy or obtain practice exams that closely resemble the actual test and take them after every few weeks of studying to gauge your progress. (You hit two birds with one stone by mastering question banks because board exams supposedly test your mastery of the subset of knowledge that’s most important to your clinical practice.  Whether or not board exams actually test this subset is a controversial topic that we won’t discuss here.)

Do both steps in parallel, not in sequence.  The better you execute these steps, the higher your score on a medical board examination.

I attended Baylor College of Medicine (BCM) in the late 2000s.  BCM’s average Step 1 score, compared with other medical schools, was rumored to be among the top few in the nation (a quick search failed to verify this, though).  And it has continued to rise.  There were several indirect reasons for our high scores.  We studied for and took Step 1 after we had completed several key clinical rotations.  Also, BCM seemed to have a bias for admitting good test-takers (our average MCAT score was unusually high).  There were probably other indirect reasons, too.

However, these advantages aside, it remains the case that some study strategies are more effective than others.  The following was a popular Step 1 study strategy at our school in the late 2000s:

1. Memorize First Aid for the USMLE Step 1 cold.  This book was dense and painful to study.  But it was pure gold when it came to getting a high score on Step 1.  Some of us memorized it by reading through it 4 to 5 times, each time more quickly than the last (e.g., three weeks for the 1st pass, two weeks for the 2nd pass, one week for the 3rd pass, etc.).  The pharmacology section was most critical.  First Aid required a lot of supplemental studying:

Rapid Review or Lippincott Biochemistry. I used RR Biochemistry as a reference, looking up any concepts I didn’t fully understand in the relevant section of First Aid and expanding that section with my own notes.

BRS Behavioral Science: for those who didn’t take a psychiatry rotation before studying for Step 1.

Dr. Edward Goljan’s pathology audio lectures: Best to take notes on these lectures while listening to them during the first month of studying.

High-Yield Neuroanatomy: I remember really enjoying this book during med school, but I don’t recall how much I studied it for Step 1.

Skim the images in Robbins & Cotran Pathologic Basis of Disease.

2a. Kaplan Qbank or USMLEWorld.  With better explanations, diagrams, and a lower price point, USMLEWorld eventually became the “gold standard” question bank.  I don’t know if this is still the case.

2b. NBME practice exams.  These exams felt very different from Step 1, but word on the street was that one’s score supposedly correlated well with one’s actual Step 1 score.  Form #3 was considered most representative.

I first learned about the above strategy from an upperclassman who went into emergency medicine.  Later, one of my classmates who did very well on Step 1 told me that he used the same strategy.

In my own case, things didn’t unfold so neatly:  I read First Aid five times, took notes in First Aid while reading relevant parts of Rapid Review Biochemistry, then read BRS Physiology once and skimmed BRS Pathology and High-Yield Biostatistics quickly.  Also, and this scares me in retrospect, I only completed 36 percent of the Kaplan Qbank.

However, I took two NBME practice exams a few weeks apart during the second month of studying and did very well on them, predicting the great score that I got on the actual Step 1.  I think that in my particular case, knowing First Aid backward and forward was the key to doing well.

I shared this strategy with a friend who carried it out perfectly, then studied supplemental material — both question banks, other review books — and got an even higher score than I did.  We shared the strategy with other friends.  They all did well, too.  I told our preclinical directors about it.  The study strategy for Steps 2 and 3 is analogous.

Of course, other methods were also effective.  I’ve heard that at Caribbean medical schools, students are drilled with endless multiple-choice questions and mock Step exams for months, becoming expert at taking the test.

There’s more than one way to eat a pomegranate.  And the game has changed since 2008.  Spaced repetition software is more popular now than it was back then.  There are medicine-specific, computer-based spaced-repetition systems like Firecracker that weren’t around when I was in medical school.  Optimal learning strategies are better-understood.  Every generation of students is savvier about learning and has better learning tools available to them.

Example #2: American Board of Internal Medicine

My internal medicine residency program had a very high ABIM pass rate.  Again, they preferred to accept medical students with high Step scores (the thought–whether or not it’s correct–was that this predicts internal medicine board pass rates).

However, there were other critical things about our program that set us up for easily passing the ABIM:

1. Continuous, active learning of high-yield material. Residents don’t have much time to study.  While seeing patients, we tested ourselves and learned actively by constantly questioning our treatment strategies.  We constantly looked up important points, asked ourselves why we were ordering, say, enoxaparin for one patient and not for another, or an echocardiogram for one patient with a certain condition and not for another with the same condition, etc.

2. Studying high-yield information and practicing with a high-yield question bank. We had already studied in-line with residency training, but for the ABIM, we had to round out our knowledge, which was done by studying the latest version of the ACP’s Medical Knowledge Self-Assessment Program (MKSAP), which our program director purchased for each of us.  MKSAP is a series of review books for every subject in internal medicine.  It’s also a large question bank.  The wisdom passed down to us from prior generations was that knowing the question bank was enough to do well on the exam, and that knowing all of MKSAP by heart was sufficient for getting a high score.

(Once again, there was more than one way to study. Some residents preferred other review series.)

Rheumatology is, in some ways, a difficult branch of medicine to study.  Many of the diseases we encounter (or must be able to recognize and treat but might never encounter) are at the case report level and could show up on, say, the popular television show, House, MD.

The consensus is that the highest-yield review book is Rheumatology Secrets.  The Rheumatology Image Library is also a critically high-yield source of information.  It takes, at least, two weeks of part-time studying to get through this image bank the first time.

In rheumatology, the question banks to study are the CARE modules.  Use spaced repetition to learn (at least) the most recent five years’ worth of CARE questions completely, looking up anything you don’t understand.

Following the advice of fellows who graduated before us and of young attendings who had recently taken the exam, I read Rheumatology Secrets twice, studied five years’ worth of CARE questions in the months leading up to the exam, went through the image library twice the month before the exam, and did very well on my rheumatology boards.

I hope these tips are helpful for your upcoming board exams. 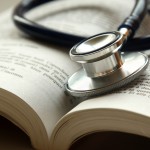 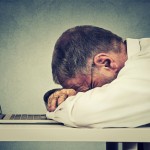 A physician aces his USMLE and ABIM board exams. Here are his tips for success.
1 comments