It will be six months since my mother passed away.

I kept my mother’s illness a secret. Not because I was ashamed and embarrassed but I did not want to advertise to the entire world of what she was going through out of respect to her and my family. So you sit there, put on a front like everything is cool and continue on your daily routine, until one day everything crashes and you shatter into pieces unable to put yourself back together again.

And when you do, you continue to cut yourself from the shattered pieces.

My mother was diagnosed with glioblastoma brain tumor on the week of my birthday. For months, she was complaining of a slight dizziness or what my mother called “feeling a bit fuzzy.” She also complained about how her sense of smell was off, but she thought it was just her allergies or a cold. I decided to bring her to my hospital where I work so she can have a CT head scan.

The CT head results were not promising at all.

The CT scan showed something, but it was not clear if she had a stroke or a mass. Therefore, my mother would be admitted for observation and to do an MRI.  I tried to remain positive.

That’s when until I received the call from my dad few days later that they found two brain tumors and that she would need to have neurosurgery done stat.

My heart sank but not fully. OK, a tumor. What kind of tumor?  Again, I tried to remain positive.

But it was more like denial.  This is also where my role conflict started.

Quickly the doctors and nursing staff were well informed that I was an ER nurse at their partnered hospital, so I became the go-to person for all the medical stuff. I was fine with this, but the problem escalated when my family and others started appointing and using me as their medical reference and asking me 101 medical questions.

My mother was on her last week of radiation and chemotherapy when she became extremely weak. So weak she could not get out of bed. My dad grew concerned and called the ambulance. She was again rushed to my hospital where she was treated. Her blood pressure was low, and she had developed pressure ulcers from being too weak to turn herself in bed. Furthermore, she was constantly vomiting.   And the questions kept coming: “Why is your mother getting so sick?  Is the chemotherapy making her sick?  You are a nurse you know better you should intervene.  They should stop the radiation and chemotherapy and go natural.”

All of a sudden people who had no form of medical training were Google experts reading and rhyming off facts to me as if I should know and intervene.   The problem is that I knew what was happening, and I understood what was going on.  And I knew that the outcome was not going to be good.

And I was afraid.

I was afraid that my mother’s time was about to expire.  But I was in denial.  I remained hopeful that my mother would pull through this.  This was a woman who sacrificed all her years supporting the family and even taking in other relatives into our home and establishing them with a foundation before they moved out.

My father received a call from the hospital the next morning stating that thing was looking worse for my mother.  The end was near.  My father and my aunt had gotten me up from bed, and we drove the hospital. It was time to face my fears.

And that’s when my world came crashing down.

Reality had hit me.  My body felt limped, paralyzed.

My mother laid in the hospital bed.  Weak, frail, her eyes barely opened. Her once smooth wrinkled free dark ageless skin was now pale dry like sandpaper.  Her dilapidated dry, wrinkled skin looked like deserted valleys that once told a story but now was abandoned.  This was not my mother. This could not be her. It just could not. This was not her lying in this bed.  I did not know this woman.

But it was my mother, an angel in a death disguise.   I sat beside my mother holding her frail hands.  And without any warning or signal, I cried, whaling and yelling. I was completely shattered.  Broken.  Smashed.  A couple of nurses who I knew from the unit was there and stood there.  Broken, upset that their funny teddy bear nurse was on his knees crying at the sight of his dying mother.   They held my hand and comforted me.  They cried with me. Two days later, my mother’s pain and suffering would end. She would pass away in the afternoon.  The charge nurse who called me found it hard for her to tell me the words.  But she did.

And that bullet never felt so fresh and painful.

The next couple of weeks would be a blur.  I would get phone calls, messages, visits from friends and family.  Arrangements of the funeral went over my head as I was not in the head space but somehow manage to answer all the necessary questions.  The day of funeral still had me numb.  Seeing my mother laid there in what look like an eternal sleep while watching my father, a big grown man for decades who I have never seen cry break down in front of me made me numb and scared unsure of what the future was going to occur.  Weeks then turn into months.  The phone calls subsided; the visits stopped, and my father and myself were left and force to continue a new norm of life.   There is not a single day that I do not miss my mother.

Though her death is still fresh and strong in my mind and soul, keeping her memory has been therapeutic, cathartic release for me.   My mother’s passing has also made me realize on how nurses often face role conflict when dealing with death of a family member.  This was a major issue for me.  People kept looking at me as “the nurse” and instead of “the son.”  This made me mad, angry and bitter.

Losing someone who you love so much is detrimental.  You feel at times that your inner being that held you together has been sucked out.  But sometimes remembering the good memories and thoughts can help you slowly glue those broken pieces back together. For me, it will take some time.

Dwight Barrett is an emergency nurse.  He blogs at Medsoulbrother and can be reached on Twitter @medsoulbrother.

Noise pollution is an epic problem in hospitals 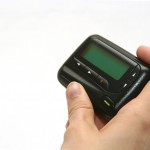