77-year-old Edward Tripp had been to the emergency room with chest pain last Friday night. It was relentless, aching, and involved the upper part of his left chest.

He had no cough, fever or shortness of breath. He was not sweaty or nauseous, and his blood work, EKG and chest x-ray were normal. He was distinctly tender over the part of his rib cage where bone and cartilage join each other a few inches from his breastbone. He had indeed done some heavy work with his arms in the days before, so the doctor made the assessment that his pain was caused by this apparent costochondritis.

Ed received a shot of pain medication at the hospital and was sent home with a prescription for hydrocodone. As the weekend went by, he started to feel worse and worse.

When I saw him Monday morning, he looked pale. He was short of breath and lightheaded. He had no appetite, and he had been sweating with the slightest exertion.

His blood pressure was low, even for him, a tall, sinewy vegetarian, and his pulse was 115. He did not have a fever, and his oxygen saturation was normal. On exam, there was no heart murmur and his lungs were clear, but his breath sounds seemed a little weaker on the left. His abdomen was diffusely tender, and he was still quite tender over each rib in the upper part of his left rib cage.

His EKG had some very nonspecific changes, which could conceivably go along with impaired blood flow to his left ventricle. Putting all this together, I recommended that we send him back to the hospital for reevaluation. I wondered about angina, a blood clot in his lungs or internal bleeding in his abdomen. His chest wall strain was clearly not the only thing going on.

At the hospital, they did another chest x-ray, which showed some minimal haziness in the left lung. His cardiac enzymes were normal, but he had an elevated D-dimer, so there was a possibility that he had a blood clot in his lung.

His CT angiogram ruled out a clot, but he had a dense infiltrate, by all indications a pneumonia, in his upper left lung, exactly underneath his sore ribs.

When the first chest x-ray was re-read with the second one and the CT as comparisons, the pneumonia was faintly visible.

We all tend to look for one diagnosis that explains everything that is going on with the patient, and we often tend to latch on to the first positive finding we make. But medicine is often more complicated than that, and sometimes we see diseases in early stages, when findings are too subtle to make a diagnosis.

I have come to feel a certain discomfort deep in my gut when an older patient has pain in or even near the chest that appears to have an orthopedic cause.

That feeling dates back to my first job, just out of residency, when an 80-year-old woman with shoulder pain I had evaluated came back to the emergency room two hours later with an obvious myocardial infarction on her EKG.

Being the first one to evaluate a patient, you don’t have the advantage of elapsed time that the second examiner has. Such is primary and emergency care. 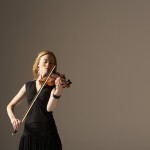