Activism over prescription drug pricing has reached a fever pitch. The recent House subcommittee hearings featuring testimony (or non-testimony in the case of bad-boy Martin Shkreli) from Turing Pharmaceuticals and Valeant executives provided an outlet for public outrage over those companies’ price gouging on life-saving drugs. Meanwhile, presidential candidates Hillary Clinton and Bernie Sanders have both talked up plans to rein in spending on prescription drugs, and even Donald Trump announced that as president he would allow Medicare and Medicaid to bargain with drug companies.

The sordid tale of Shkreli and his company’s 5,000 percent price increase for a 60-year-old off-patent drug used mainly to treat toxoplasmosis in AIDS patients has been well-documented. Valeant is the other poster child for blatant greed in the pharmaceutical industry with CEO Howard Schiller testifying to the House committee that price increases (most notably for cardiac drugs Isuprel and Nitropress by 536.7 percent and 236.6 percent, respectively) accounted for 80 percent of the company’s growth in 2015. Schiller also told the committee that only 3 percent of profits were put back into research. Rep. Carolyn Maloney (NY) summed up Valeant’s business strategy as buy a drug, set revenue goals and “then jack up prices.”

The hearing made for good theater but was ultimately disappointing for those of us hoping to actually hear about legislative or other remedies for curbing rising prescription drug costs. Because as Rep. Elijah Cummings pointed out, this problem is “not limited to two companies, it pervades the industry.”

According to Health Affairs, per-capita prescription drug spending in the United States, the highest in the industrialized world, increased by 12.2 percent in 2014, up from a 2.4 percent increase in 2013. In a Kaiser Family Foundation health tracking poll, nearly three-quarters of all Americans said the cost of prescription drugs is “unreasonable” and that pharmaceutical companies set the prices too high for their drugs. One-fifth of those who are prescribed medications say they either have to skip doses, cut pills in half, or are unable to afford their prescriptions.

There is ample evidence that certain drugs are driving the increases — in some cases quite dramatically. A survey by DRX, a provider of price-comparison software to health plans of about 3,000 brand-name prescription drugs, found that prices had more than doubled for 60 and at least quadrupled for 20 of these brand-name drugs since December 2014. Meanwhile, pharmacy benefits manager Express Scripts reported that drug spending for its clients in 2014 was driven largely by anunprecedented 30.9 percent increase in spending on specialty medications. Specialty drugs, a somewhat nebulous category that refers to high-priced biologics and other therapeutics that are used to treat cancer, hepatitis C, rheumatoid arthritis and other complex conditions, are used by fewer than 1 percent of privately insured patients in the United States. However, according to Consumers Union these drugs currently account for more than 25 percent of all drug spending. This percentage will undoubtedly grow: Nearly 700 specialty drugs are currently under development.

So far the uproar over drug pricing has created a major public relations headache for pharma firms but few consequences. Wall Street projections of many pharmaceutical companies’ earnings and the salaries of their CEOs point to continued robust profits in the drug business. And patient advocacy groups, many of whom receive significant funding from drug companies and are focused on developing new treatments for their members, have been largely silent on prices.

Even in the face of a 5.4 percent growth in healthcare spending — due in part to higher drug costs (including a whopping $11.3 billion that Medicare spent on new hepatitis C drugs alone) — federal action on drug pricing has been virtually non-existent. In a recent Health Affairs blog post, the authors report that between 2005 and 2014, the number of bills introduced in Congress that dealt with drug prices fell by 78 percent. Over the same time period, those bills receiving formal consideration by Congress decreased by 129 percent. In 2015, the authors note, this trend continued; only 14 bills addressing drug pricing were introduced, and none has passed.

With Medicaid programs feeling the squeeze from rising drug costs, states are increasingly considering legislation that would require drug companies to justify pricing. According to the National Conference of State Legislatures, dozens of bills have been proposed to address the high cost of specialty drugs; including rules that would require pharma companies to provide details on marketing and production costs as well as total profits. Most recently, NY Governor Andrew Cuomo proposed a budget provision which would cap prices on certain “critical prescription drugs” and require pharmaceutical companies to report costs of developing, marketing and manufacturing these drugs. According to STAT News, Cuomo’s proposal, which must be approved by the state legislature, “would also require drug makers to submit information about the prices charged other purchasers in the state and outside the United States, any rebates offered customers, and profit margins, among other things.”

Drug companies, predictably, oppose these transparency bills arguing that “the cost of developing individual drugs cannot be easily separated out” and that this information wouldn’t help consumers afford specialty drugs anyhow. Their opposition to transparency and price controls of any kind isn’t confined to just rhetoric. In response to a California ballot measure that would force drug companies to charge state programs the same price that VA providers pay, several companies, including Pfizer and Johnson & Johnson contributed a total of nearly $39 million to defeat the proposition. The election is still nine months away, but supporters of the measure have raised only about $4 million.

Industry’s response to critics on pricing has been nothing if not consistent — for decades. It follows this general script:

The lack of transparency in the pharmaceutical industry makes it difficult for outsiders to determine the accuracy of these claims. There is a feeling that pricing decisions are sometimes based only on what the market will bear or a vague idea of the “value” a drug provides. As Andrew Pollack writes in the Times: “In many cases, it appears, the price of new drugs is set in comparison to rival drugs already on the market, and usually a bit higher. Companies then can raise their prices for the older drugs. ‘We all look at each other and keep pace with each other,’ said a director of one multiple sclerosis drug developer, who spoke on the condition of anonymity. ‘Honestly, there is no science to it.’”

All of this takes us back to where we began. What are we to do about rising drug costs? First of all, pharma companies need to get in step with other stakeholders in the health care industry. Insurance companies must justify premium increases to state regulators. Hospitals, doctors, and other providers must negotiate rates with private insurers and government payers and, increasingly, are required to report quality and efficacy data linked to reimbursement. The entire health care system is moving toward value-based payment and evidence-driven care –why shouldn’t pharmaceuticals be subject to similar scrutiny?

Secondly, it’s a no-brainer that Medicare should be able to directly negotiate prices with manufacturers for the drugs used by seniors under Medicare Part D. Some 83 percent of Americans support this move and Congress has to stop pandering to pharma companies–and their lobbyists. According to the Pew Charitable Trust, Medicare Part D premiums have been flat in recent years but will increase by 13 percent from 2015 to 2016. Seniors are also seeing high-cost drugs put on specialty tiers within formularies, which require them to pay as much as 33 percent of the cost of these medications.

Outrage over drug prices will continue as the industry introduces hundreds, if not thousands more high-priced, specialty drugs into the market in years to come. Companies like Turing and Valeant make easy targets for high-profile Congressional hearings and media coverage. But these few companies are rogue outliers with blatantly abusive pricing structures. Until we start to closely examine pricing and profits at all pharma companies — the consistent 10 percent, 12 percent, 20 percent increases in proprietary as well as generic drugs — rising drug costs will negatively impact patients, insurers and employers. 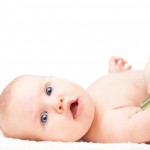 Surgeons are human, not superhuman: The agenda behind the FIRST trial 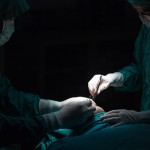