I was initially concerned about a pilonidal cyst, given the unfortunate fact that he was previously afflicted with this condition (which I consider to be incontrovertible proof of Satan).  But, fortunately to him, his pain was literally “in the ass,” and that rules out the evil diagnosis, moving my thoughts to a condition called proctalgia fugax (which is a Latin person’s way of saying: “butt pain that comes and goes”).

I realize this doesn’t sound much like good news on my patient’s part, but, as opposed to the lousy surgery necessary for treatment of a pilonidal cyst, an effective treatment for this is fairly simple (and surprising): nitroglycerin ointment applied to the rectum.  Nitroglycerin, it turns out, relaxes smooth muscles and dilates blood vessels, both of which somehow can improve the distressing symptoms of this strange condition (as well as pain from other related proctological demonic attacks).  I’m not sure who had the idea to first try this, or what their inspiration was.  Perhaps they misheard the term angina pectoris as angina rectalis.

I did my usual search at GoodRx.com (a website everyone should use as often as possible) to see where the drug is cheapest.  It turns out that Kroger won the contest, but the price was $479.  According to the literature, the appropriate strength of nitroglycerin for rectal use (cleverly called “Rectiv”) is 0.4 percent.  This seemed a pretty high price for a medication which has long been generic, so I searched for generic nitroglycerin ointment (used for pain due to heart disease) and found it for $35 at Walmart.  The only difference between the two that I can tell is that that preparation (called NitroBid) is 2 percent. 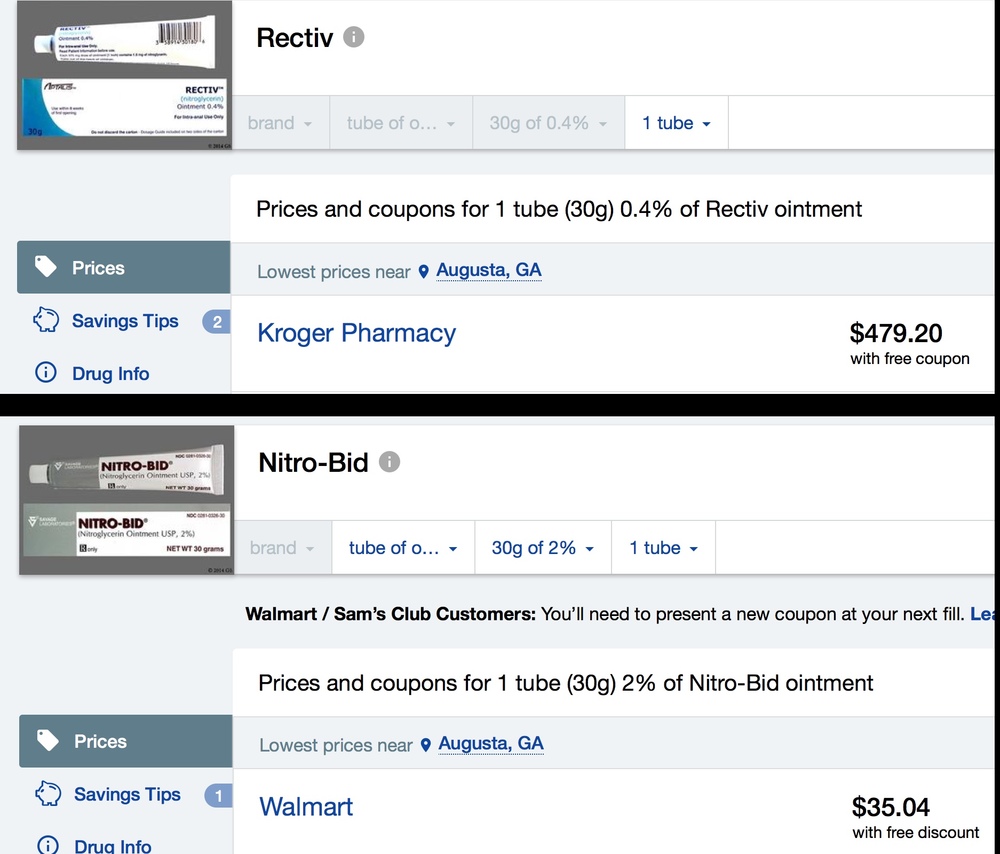 There are several possible explanations for this huge price discrepancy:

While these seem reasonable, I suspect a different reason: The company which makes Rectiv, Allergan (which also makes Botox), has cornered the market on 0.4 percent nitroglycerin, and so can charge exorbitant amounts for a medication with no other discernible reason to be expensive (it certainly took little R&D cost, and doesn’t regularly get advertised during the evening news).

I’m sure my anally distressed patient would have paid $1,000 for relief, but this wasn’t my first ride at the proctalgia rodeo (which has recently been nominated as an Olympic event), and I knew he could use the more potent cheaper version with the boring name (and has nothing to do with unicorns) without problems.  He did, and he got immediate relief.  Now, like Androcles, I have someone who owes me a great debt for my kindness and wisdom.

This incident is just one example of the terrible gaming that routinely occurs with the prices of drugs.  There are plenty of others. Why, for example, do brand name medications continue having such high prices after the medication has gone generic (often 10 to 20x higher)?  The reason is, if the generic no longer available, they get a cash windfall.

For example, Carafate (a medication for stomach ulcers) went generic a many years ago and so you can get 120 tablets of the generic for $33. 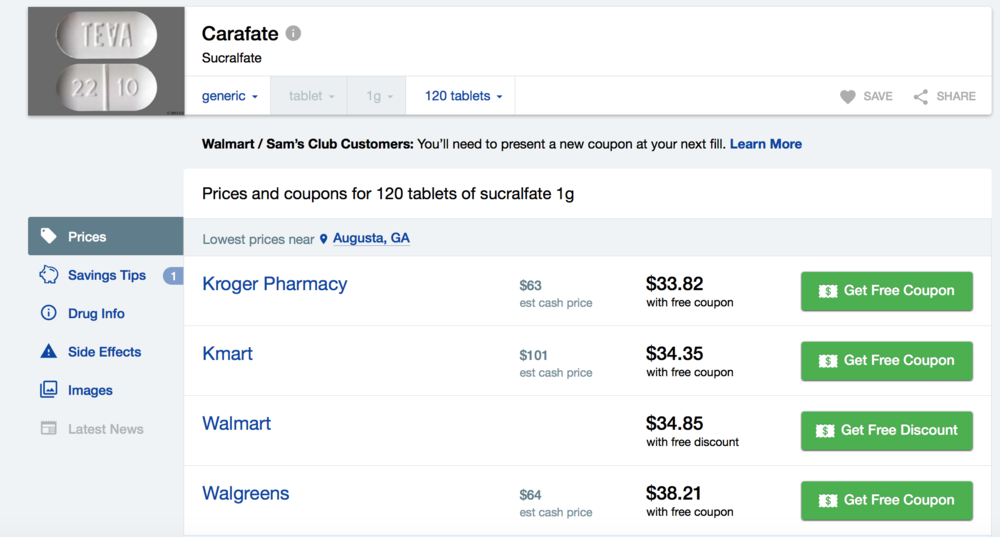 But recently the suspension form (which I’ve used for mouth ulcers and esophageal problems) became unavailable as a generic and so now is only available as the brand name drug.  The result is that the once inexpensive suspension now comes with a premium price tag:

Note that this price is for 420 mL, which is the equivalent of 42 tablets, so the markup is more than 10-fold.

Pharmacies join in on the price gaming by pricing one drug much lower than competitors, while going way higher than the market on others.  Generic Topamax (a drug used for seizures and migraine prevention), for example, costs $11 at Publix and $68 at Rite Aid. 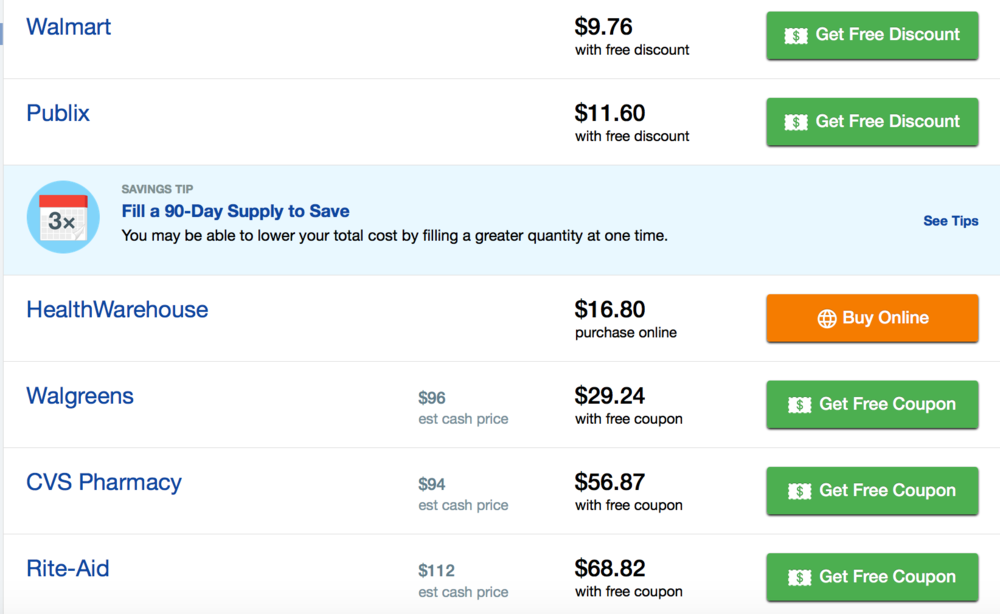 So should you go to Publix for all of your medications?  Unfortunately, if you get your Topamax with a Lipitor chaser, the generic cholesterol drug costs more than $90 at Publix, where it’s much cheaper at other pharmacies. 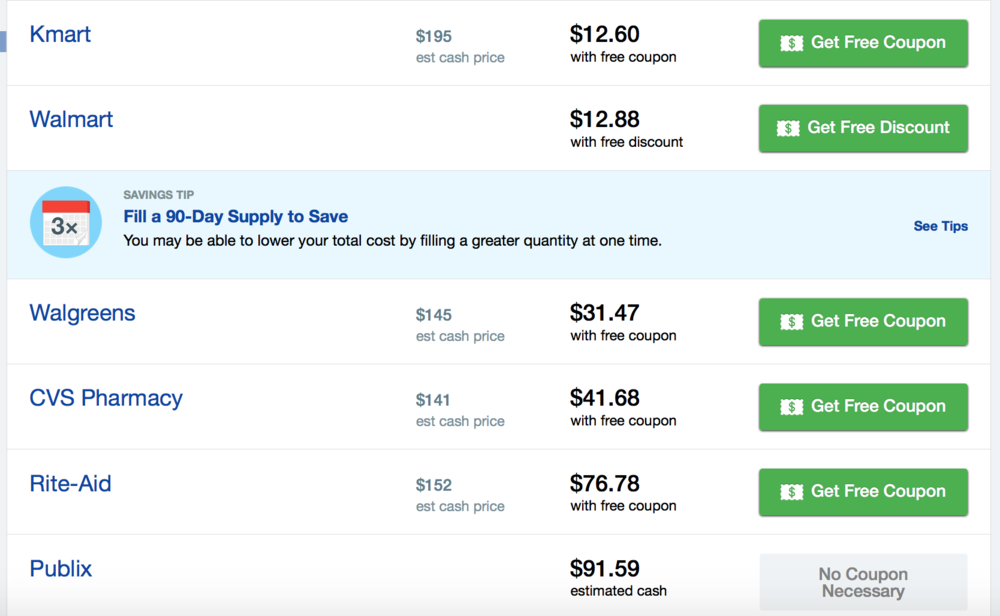 These games come at a great cost, dramatically raising the cost of care for millions of Americans.  It is legal.  It is done all the time.  And it is gouging.  And this gouging isn’t unique to the pharmaceutical industry, as labs and radiology providers have their tricks to make enormous profit margins on the services they provide.

Fortunately for this my patient, I was not only able to reunite him with the joys of sitting, but I was able, with a little research, to find him his proctological savior at a low cost.  Unfortunately, most patients don’t have docs who are economically incentivized to save them money, and most people don’t realize all of the games played by pharmaceutical companies and pharmacies to routinely perform wallet biopsies, nor do they know how to find the cheapest prices for their medications.

I don’t know what can be done about this kind of thing aside from increasing awareness. I’m not real confident in any government solution.  People just need to be smarter shoppers when it comes to their care.  It’s just a shame that people who are dealing with health problems (even if it is just trouble sitting) have to outsmart the gaming done by those supposedly trying to help them. 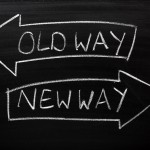 Physicians can make a difference. Here are 3 ways they did. 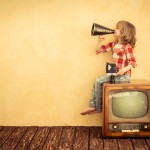