It was after shoveling winter snow that Brett began to cough. It was a dry cough, a morning cough, a “smoker’s cough.” It persisted, grew deeper. Several weeks later, there was a particularly harsh cough and in the sink was a crimson blob. Frightened, he called his doctor.

For 71 years old, Brett looked healthy. His lung exam was clear and the cough was gone. A case of bronchitis?   The chest x-ray said otherwise. At the top of his left lung, almost touching his shoulder, was a white shadow. His doctor, now also worried, ordered a CT scan. The scan showed a solid mass, about 3 inches in size. Brett was referred to an oncologist.

A PET scan “lit up” brightly, as well as lymph nodes in the middle of his chest. The rest of his body was clear. A needle biopsy confirmed: Brett had lung cancer, and it was beginning to spread.

The thoracic surgeon could not operate. Brett started on several months of chemotherapy and radiation, which burned his throat, made it hard to swallow, so he lost weight. Toxic drugs sapped strength. Brett spent ten days in the hospital with a blood infection. He developed a clot in his left leg. Shingles erupted around his forehead, with needle-like pain deep into his left eye.

In May, Brett completed his planned therapy. A repeat PET scan showed that the tumor was no longer growing and, in fact, appeared to be dead. His blood counts recovered. The pain in his eye, improved, although he would need a corneal transplant. He gained weight. Brett was in complete remission; no evidence of active cancer at all.

That summer went well. The family took a trip to Maine. Brett ate well, although his endurance lagged. He was mildly short of breath, the result of lost lung tissue and radiation damage.

On Labor Day, Brett did a peculiar thing. He tried to barbecue hamburgers and hot dogs, without ever turning on the grill. He laughed at the raw meat. An MRI showed a two-inch mass in the front of his brain. Neurosurgery removed the lump. Brett was home in four days. Pathology showed that the lung cancer had spread, metastasized, to his brain.

To follow up the surgery, Brett received a brief course of radiation. CT scans of his body were performed. A growth was found in his right adrenal gland, and there was something vague in the left lobe of his liver.   New chemotherapy was begun.

Through the fall and winter, Brett was treated with several different chemotherapies, but the disease grew. When a tumor threatened the spinal cord, he was given proton beam therapy. He got cyberknife to his brain, for another mass.

Brett became weaker, more short-of-breath, thinner. Mild confusion meant that he could not be left alone. Bone marrow suppression from treatment, and possible bleeding, mandated six blood transfusions. His kidneys began to fail. Everyone came to visit for the holidays.

In the middle of March, as fell a light snow, Brett collapsed at the kitchen table with a temperature was 103. The rescue squad could barely feel his pulse. He did not respond to shouted words, at all.

Brett moaned briefly as the nurses transferred his scarecrow thin body to the hospital bed. His head, bald, with sunken muddy eyes, lay to the side, as saliva gurgled in his throat and ran, red tinged, onto the white pillow. Brett’s veins were so frail that three attempts at sticking an IV through paper-thin skin failed. The resident inserted an IV into Brett’s neck. A pressurized mask was placed, but his breathing was so shallow, in brief, quick gasps, that oxygen levels remained critical. His blood pressure barely measured on the monitor. The catheter inserted into his bladder drained no urine.

Brett was in septic shock, his weakened system unable to contain a minor urinary infection. The admitting doctor knew that a patient with advanced cancer who ends up in an intensive care unit is unlikely to ever leave the hospital.

In a cheap molded plastic chair, the doctor sat in front of Brett’s family, white coat rumpled, a small stain of blood on the left sleeve, hands folded softly in his lap, hair a bit of a mess. He leaned forward.

“I am Doctor Goldstein. I have been taking care of Brett, since he arrived. He is very sick. We need to talk about what we are going to do. We have given him some fluids and oxygen, but he is very weak. I also put a call into his oncologist, and I will talk to him as soon as he calls back.”

Dr. Goldstein asked, “What do you understand, in general, is happening to him?”

“He was fine, last night. I helped him with his shower,” answered the son.

“I mean, what do you understand is happening to him about the cancer?”

“We know he has lung cancer. We know it’s not curable, but he has done everything. We are waiting for that new gene-drug to be approved. He has been home and doing pretty well the last week or two,” answered his daughter.

“He’s a fighter,” said his son. “He will do whatever it takes. Dad has been eating better. Last week I took him to the VFW for a beer.”

His wife sat silent. Dr. Goldstein asked her, “What do you understand is happening to him?”

She looked up, smiled weakly, “He has been though a lot. He spends a lot of time sleeping on the couch.”

It was quiet for a moment. An alarm beeped. A baby cried. Someone laughed. Dr. Goldstein said. “Brett is very sick today. He has an overwhelming infection. His blood pressure is very low, and he is not breathing well.”

“Where did the infection come from? Did he get it from the grandkids?”

“No, the infection is not the kind you catch. It comes from inside you, from your own gut, when you are very weak. It happens all the time to cancer patients.”

Dr. Goldstein continued. “Has Brett talked to you, have you talked about what he would want done if something terrible like this happened? Does he have an advanced directive or a living will?”

“I don’t understand,” responded the daughter. “Are you saying that he is dying?”

“He is dying?” Responded the son, eyes wide, as he slumped back in his chair, hand over his mouth.

Dr. Goldstein spoke slowly, carefully. “Your Dad is very sick. It will require aggressive medical care to revive him. He will need lots of intravenous medications and will need to be put on a respirator machine to breath for him. Judging by his blood tests, he may need kidney dialysis. And, even then, he may never come off the machines. There is a very good chance that he will die, while he is in the hospital.”

“When … now?” exclaimed the daughter.

“During this hospitalization. In fact, if we do not do aggressive things now, today, he may die very quickly. He is very weak and, yes, the infection may be too much.”

“But, how is that possible?” gasped the son, now turning red, brows furrowed, leaning forward.

“The cancer is overwhelming him.”

“But, I do not understand,” whispered his wife.

“I do not understand. It is so sudden. It is too soon.”

Nurses are essential to better and cheaper health care 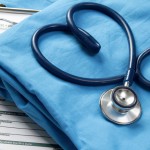 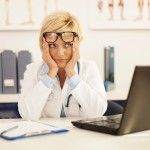 The end can be sudden in advanced cancer
17 comments