This past month has been a particularly difficult one for me because I’ve been on our float rotation. I have worked only night and swing shifts throughout our hospitals; this means my work hours are primarily from 8 p.m. to 10 a.m.

There are certainly other rotations during which I worked longer hours and had more emotionally draining conversations, but I have never felt as burned out as I have this past month.

As I reflected to understand why I felt this way, I realized there were several reasons — reasons that all residents have faced in the era of duty hours. The night float rotation was created as a response to duty hour regulations, but as with many other well-intended solutions, duty hours create a number of unanticipated consequences.

One of the most obvious reasons I felt burned out this month was simply because I was physically exhausted. Each shift was nearly 14 hours long; on inpatient ward teams, we rarely worked this many hours on non-call days.

I also slept more poorly than I have at any other point in my life. Numerous studies have shown that night shift workers simply do not sleep as well. This is particularly the case when one is new to daytime sleeping. Working a 14-hour shift when sleep deprived, whether during the day or night, is not easy.

Even the days I had off were not rejuvenating enough. Nights are socially isolating. A day off is really a night off. Since few others were also maintaining vampiric schedules during this time, it was difficult for me to find opportunities to see friends and family.

The nature of the patient care provided on a float rotation is also intrinsically different. As a cross-cover resident, your purpose is often to be the recipient and deliverer of sign out. Your goal when delivering patient care is not to dictate or change the direction of patient care but rather to stabilize and maintain the course that the primary team decides.

As someone interested in primary care, one of the biggest reasons I went into medicine is the joy I gain from interacting with patients. Though I was the primary provider for the patients I admitted as a night admitting resident, the position only lasts for the 14-hour shift. There is no continuity to the care I provided. That made it hard for me to feel that I had meaningful patient interactions.

Another challenging aspect of the night float rotation is that it results in a constant drip of holdover patients to the daytime inpatient teams. When I was a member of the inpatient team, I disliked the barrage of holdovers because much of your greatest learning comes in the initial workup of a patient. It seems like you learn less when someone else has already thought through the initial differential and workup for a patient.

Though you get the learning associated with the initial workup of an undifferentiated patient as a night resident, you do not get to follow up with the patient to know if your initial thoughts were correct. Unless you aggressively track patients or follow-up with residents on day teams, you might lose key learning opportunities.

I know that duty hour regulations are not going away. But that means that the night float isn’t either. While duty hour limits have certainly also had benefits, the continued presence of the night float and its difficulties are constant reminders that as we make changes to medical education we must consider the unintended consequences that these changes may bring.

Medical education is in the midst of significant changes in an effort to create physicians better prepared to practice in a new health care environment. Leaders of these efforts would do well to remember the night float rotation — a story of the unintended consequences of duty hour reform.

The triple aim must turn into the quadruple aim. Here's why. 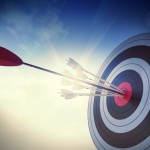 The unintended consequences of the night float rotation
7 comments