I have been able to keep structure to a minimum. I go to tai chi classes two to three times per week, and have found that it helps my body and mind. I have kept up writing, reading, fishing, gardening, and cooking. We just got back from Israel this past summer and plan to go on two cruises next year. I did fish more, and am still working on learning a second language.

However, there are times when I wish I could return to work — but only on my terms and on a limited basis. I do miss the patient interaction and satisfaction of helping to make them better. Before I fully retired, a fellow physician, about my age, seemed to have had a brilliant idea. He opined that many of us wanted to slowly bow out of full-time practice, but that there were few opportunities to practice part-time on our terms.

So he assembled a few docs from different specialties that agreed to practice in an outpatient setting only. They could work as much or as little as they wanted. He approached one of the local hospital’s CEO to ask for office space, malpractice coverage, and billing services. In exchange, the doctors could retain a large percentage of their patients who had followed them for years, and utilize the hospitals’ outpatient and inpatient services. It seemed like a win-win to me. Apparently the CEO thought otherwise, and the proposal went nowhere. I have not been back in touch with this doctor to see if he is still trying to find an interested party.

My Florida medical license expires in 13 months. I will likely do my mandatory CME and keep it active. I continue to listen to my former partners gripe about how things have only gotten worse in terms of regulations, electronic records, and the overall non-medical demands of modern day medicine. I surf the Web for opportunities and dabbled my toe into telemedicine before deciding that was too much work for me to commit to now.

So I continue on trying to appreciate every day as a gift and seeking new adventures. I finally learned how to throw a cast net but in the process injured my shoulder. Surgery was a success, and I am almost done with my rehab. I will let my buddies do that in the future and listen to my body more, and less to my mind, about what I can and cannot accomplish physically. I don’t think I will ever be free of that connection to medicine. It is who I was for most of my life, but certainly is not all that I can become. 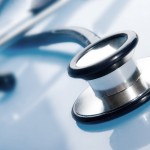 Meaningful use is dead. Is it time to celebrate? 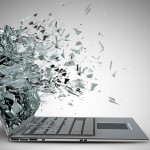 This physician retired years ago. So how’s he doing?
8 comments