Health care in America is fracturing right down the middle, and doctors are going to have to figure out if or how long they can straddle the divide between what patients want and what the government and corporate America want them to have.

Up until this point, the momentum has been with the payers, Medicare, and the insurance industry. But the more heavy-handed they become, the more inevitable the public backlash is becoming.

It will come down to this, a kind of “straight face test” for health care: Would patients pay for this?

The annual wellness visit, better named “Medicare’s non-physical” and some forms of population management are examples. Both are great ideas; an annual health review and planning session as well as doctors maintaining an overview of, and reaching out to, high-risk groups of patients — in theory neither would be anything to argue with.

But the way it has to be done today, if we want to get paid, micromanaged from afar through bureaucratic edicts, is alienating the patients this was all intended to benefit.

I grew up and went to medical school in a socialist country. I admit Sweden had a kinder, gentler, soft-core socialism, but I also visited and followed the news about the Soviet Union, the Baltic states, East Germany and the former Czechoslovakia.

American health care, as manifested by Medicare and the big insurance companies, is more and more starting to look like my visit to the Soviet Union with my surgery class in 1977. The most striking example of disregard of individual customer preference I saw was at a very large restaurant near the Red Square. The sour-faced, haggard breakfast waitstaff told our group bluntly that we could all have either coffee or tea, but they could not accommodate individual orders for different beverages.

The “planned economy” of the Soviet Union collapsed, and I suspect its counterpart in American health care eventually will, too. I think our system will split in two: One system for what patients see value in, and would pay for, and another system, which the politicians want them to have, but which most people would have nothing to do with if they had any say in where their health care dollars go.

Two dichotomies are driving this inevitable split down the middle of our health care system: First, the improbable marriage of public health and medical care; and, second, the opposing ideals of standardization and individualization.

It is insanely inefficient to mandate that highly trained physicians, with an “opportunity cost” of $7 to 10 per minute in primary care, and multiples of that in many procedural specialties, carry forth the nation’s public health agenda with their patients one by one during their office visits. Medicare’s requirement that we document an intervention for every patient we see with a body mass index over 30 is a glaring example of that. Having our nurses or other staff members do that isn’t much better. Our teams have a lot of tasks and routines to maintain proficiency in, and since obesity affects a large proportion of our society, it would be better addressed on a national, cultural and political level. It suddenly became our job, it seems, as health care professionals, because whoever had the ball before us failed at fixing the problem. But soft drinks and breakfast cereals are made by big, powerful corporations, and our Government lacks the guts to reign them in. So, someone thought, let the docs spin their wheels for a while; they don’t have enough to do.

A health care system designed for setting fractures, treating pneumonias and removing appendixes is ill-suited for treating societal ills. Quite frankly, it doesn’t pass the straight-face test: Ask citizens if they want their health insurance premiums (or out-of-pocket costs in a direct primary care model) to cover à la carte anti-obesity campaigns or if that should be included in State and Federal budgets. I know what the answer will be.

The difference here isn’t subtle: If public health is financed through workers’ insurance premiums, its cost is more evenly spread, and thus affects middle and lower income people more than if it comes out of corporate (think Pepsi, Coke, General Mills and Ocean Spray) and progressive personal income taxes.

There is a rapidly growing interest in personalized health care in America today among patients and health care entrepreneurs. Genetic profiling is now used in choosing which medications to prescribe, for example.

At the same time, payers are tying reimbursement to doctors’ adherence to blanket recommendations (read evidence-based treatments) derived from large population studies that were designed to find lowest common denominators: In general, for example, low dose aspirin, beta blockers, lower blood pressures and blood sugars are helpful, but we are now seeing that there are more and more subgroups of patients who don’t have the expected benefits from any given evidence-based intervention. In some cases, people are harmed by them. As long as Medicare and the insurance companies hold the purse strings — actually, dole our own money back to us according to their standards — the welfare of a few is routinely sacrificed for the benefit of the many.

Again, applying the straight face test, patients wouldn’t want to pay us for delivering care to them that was designed or chosen to help someone else, just so we could show off high compliance rates. If doctors are held in too tight a grip of uniformity by the conventional insurers, patients in this new era of deepened insight into the variation of disease expression will take their money to providers and insurers who will respect their preferences.

The straight face test has to be our moral compass as we work our way through our daily allotment of twenty-odd patient encounters with fifteen minutes to spend as wisely as humanly possible.

People can vote their politicians out of office; they can form cost sharing cooperatives or sign up for direct primary care. But we, physicians, need to make sure we don’t forget who ultimately are our customers. Even without politicians and insurance conglomerates, there will always be doctors and patients. May we never lose our trust in each other. 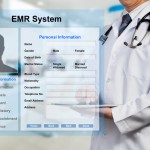 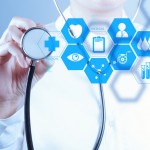 The straight face test of our health care system
7 comments