My son Acton is truly a miracle baby because he was not even supposed to be here. I had gone through four years of infertility with three miscarriages and an ectopic pregnancy (pregnancy in my fallopian tube), causing my left tube to be removed. After my last miscarriage, I was told I was in perimenopause and had less than 1 percent chance of ever getting pregnant again, let alone carrying to term. We went to one more infertility doctor to investigate embryo or egg donation, but after finding out the cost, my husband and I decided it was too expensive, and we would possibly be throwing our money away since I could not carry to term. So we decided I would pursue my PhD in nursing, and my husband would buy an expensive stereo.

Two years later I decided to do a random pregnancy test. To my shock, it was positive. The next day, I found out I was 10 1/2 weeks pregnant. Two months later I obtained a night shift PRN position in a level III NICU and a full-time teaching position at a community college.

On the nights I worked in the NICU, I would talk to my son, telling him he needed to stay inside of me. I told the neonatologists they could not have him to take care of. I did not even do a baby registry until 27 weeks, because I was afraid to do it before I knew he had a fighting chance.

On February 12, 2009, I would have my last OB checkup in my OB’s office, where we made arrangements for a scheduled C-section on April 10th, when I would be 38 weeks. We were so excited when we left her office.
February 14, 2009, was just another Saturday. My husband said at lunch that day, “Imagine the odds. My wife had less than one percent chance of getting pregnant, and now I will have a son.” After lunch, we went to Starbuck’s, and as we were walking across the parking lot, I felt a pop and felt like I had to go to the bathroom. So he went to order his coffee while I ran to the bathroom.

I was drenched like I had just wet my pants. “I either wet my pants or my water just broke,” I told him.  When we got home, I knew there was something seriously wrong because there was a constant drip. We headed to the hospital. While he sped down the highway, I called my OB’s office and started freaking out. When I got to the hospital, I was told my water had broken. I spent the night in labor and delivery, but never went into labor.

The next day I was transferred to the antepartum floor. I would spend the next 11 days there on strict bed rest, not even allowed to take a shower or use the bathroom. To this day, I shudder when I see a bedside commode and can picture that room, down to the minute detail.

On February 25, my OB/GYN told me I was 32 weeks. Everything was still OK with both of us, so the plan was to take the baby at 34 weeks. However, between 1 and 2 am, contractions were coming so quickly, I lost count. I called a nurse, who put me on the fetal monitor, but we could not pick up anything. My OB/GYN’s partner came in around 3 am, did an exam, and stated I needed to be prepped for an emergency C-section. I barely had time to call my husband before they were wheeling me down the hall to the OR.

Our son Acton was born at 4:21 a.m., weighing 3 lbs., 8.4 oz. My husband would arrive about five minutes after his birth. I remember lying on the operating table, nervous, because I knew what was going on on the other side of my curtains (since I had done it myself a thousand times), but I could not see or hear anything. I kept asking someone to tell me what was going on, but no one would answer me.

When I heard Acton cry, it was the most beautiful sound. My husband arrived just in time for us to see him for the first time together. The neonatologist was one of my favorites who I had worked with in the past, so I knew Acton was in good hands when they took him to the NICU.

Acton would end up spending six weeks in the NICU. At first, he did great. He only needed nasal CPAP for 36 hours, went briefly to nasal cannula and then stayed on room air. For a long time, it was so surreal to me. It felt like Acton was just my favorite baby in the NICU. With this baby, though, he was one-on-one, and I got to hold and spend all my time with him. After about two weeks, I started saying I could just take him home, because I could handle all the equipment and knew how to take care of him. After all, as a NICU nurse, this is who I am and what I do.

Then Acton became sick. I remember that day clearly. Two days before, he had been weaned to an open crib successfully and took his first bottle like a champ. On that Monday and Sunday night, he had five episodes of apnea and bradycardia, which was unusual for him. His white blood cell count had come back elevated, and the neonatologist told me he was going to do a C-reactive protein. We never were able to find out for sure what caused Acton’s infection. He also was never so sick that he needed a ventilator or oxygen, but he ended up with a central IV line and received two weeks of antibiotics.

Acton finally came home April 8th, 2009, after spending 41 days in the NICU. He is now a healthy, happy 6 1/2 year old. For those of you who find yourselves on the opposite side of the bed like I did, here is the advice I can give you:

Embrace both sides of your personality. Remember, yes you are the parent, but you are also a health care professional. Don’t be afraid to keep asking the questions until you are satisfied with the answers. Reach out to the parents around you or a support group. These parents and former parents can help you and be there to listen. But most importantly of all, enjoy your little one because they are so precious and strong.

Linda Merritt is a nurse.  This article originally appeared in Preemie Babies 101, the official blog of Hand to Hold. 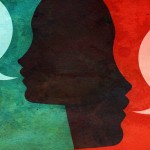 This is what you should know about Zika virus 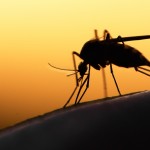