It was that time of the year at the cancer center — with treats all around, chocolates, cookies and gingerbread houses, gifted from the patients to their doctors. Yes, it was the excess sugar holiday season. Most of these patients were follow-ups —  the already established patients of the cancer center, expressing their gratitude in taking care of them in the tough times earlier in the year. Among all the cheerfulness and festivities, I had a new patient scheduled on my patient list, labeled as “new diagnosis of blood cancer.

The patient was a lady in her early 60s with a newly diagnosed multiple myeloma. She worked as a teacher at an elementary school locally. She has been feeling weak for the past few months and suddenly developed severe, unrelenting back pain. She went to her local emergency room and was found to have a fracture of one of the back bones. All of these were classic textbook myeloma signs and symptoms. Myeloma is a form of blood cancer that arises from cancerous transformation of plasma cells in the bone marrow. Plasma cells then crowd the bone marrow and can cause profound anemia, in addition to decreasing the strength of the bones.

“A new diagnosis of myeloma, two days before Christmas.  Couldn’t the cancer wait for another week or so?”  These were some of my thoughts right before I was preparing to see her.

She, on the other hand, was sitting on the far end of the room, flaunting her red holiday sweater and a beautiful smile. Very early in the conversation, I realized, she seemed to be very calm, composed and somewhat not bothered at all by the new diagnosis.

Perplexed by her demeanor and such relaxed composure, I asked her sooner than I usually would: “So Ms. S, what is your understanding of the condition that you have?”

She gladly answered: “Well, I was diagnosed with myeloma last week, and the oncologist at my local hospital told me, that this cancer is very treatable, but not curable. Just like my diabetes.”

She elaborated further: “At first, I was scared with the diagnosis of cancer, but when the doc told me that it is just like my diabetes — I was relieved, I can handle diabetes.”

With the advancements of treatment options in oncology, more and more cancer patients are living longer. In some cases, patients would die of some other illnesses, rather than the cancer itself. Thus, comparing incurable but treatable cancers such as metastatic cancers or myeloma, to chronic illnesses like high blood pressure and diabetes, have become common occurrences.

Tom Brokaw, former anchor of NBC Nightly News and a myeloma patient, recently in an interview to Charlie Rose of Bloomberg mentioned that we often do not realize how invasive cancer is and how it takes over your life.

By no means do I intend to imply pessimism or nihilism. But setting the right expectations from the beginning is vital. Analogies are powerful; they create interconnections plain prose never can. But using the most relevant one is the key.

For the next hour or so, she and I talked about the diagnosis and what to expect. I stayed away from comparing her myeloma with diabetes. 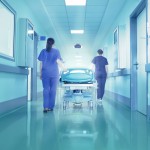 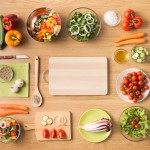