Some maladies that attract psychiatric attention are unequivocally brain diseases.  Huntington’s disease.  Brain tumors.  Lead poisoning.  However, these are not psychiatric diseases.  Huntington’s is a genetic abnormality diagnosed and treated by neurologists.  Brain tumors are managed by neurosurgeons and oncologists.  Lead toxicity is treated by internal medicine.  Indeed, a long list of medical and surgical diseases include psychiatric features: stroke, anoxic brain injury, meningitis, lupus, diabetic ketoacidosis, and febrile delirium to name a few.  One important job of the psychiatrist is to recognize such problems, treat the psychiatric manifestations when appropriate, and refer the case to one’s colleague — neurologist, internist, surgeon — for treatment of the underlying problem.

Of the conditions deemed inherently psychiatric, some seem rooted in biological brain dysfunction.  Schizophrenia, autism, bipolar disorder, and severe forms of obsessive compulsive disorder and melancholic depression are often cited.  It’s important to note that their apparently biological nature derives from natural history and clinical presentation, not from diagnostic tests, and not because we know their root causes.  Schizophrenia, for example, runs in families, usually appears at a characteristic age, severely affects a diverse array of mental functions, looks very similar across cultures, and brings with it reliable if non-specific neuroanatomical changes.  Even though schizophrenia cannot be diagnosed under the microscope or on brain imaging, it is plausible that a biological mechanism eventually will be found.  (The same type of reasoning applied to AIDS before the discovery of HIV, and to many other medical diseases.)  A similar argument can be made for other putatively biological psychiatric disorders.

Lately, however, some big names in psychiatry have taken a more ideological stance, declaring that psychiatric disorders, in general, are brain diseases — right now, no further proof needed.  Dr. Charles Nemeroff, widely published professor and chairman of psychiatry at the University of Miami Miller School of Medicine, writes:

In the past two decades, we have learned much about the causes of depression. We now know from brain imaging studies that depression, like Parkinson’s disease and stroke, is a brain disease.

All mental processes are brain processes, and, therefore, all disorders of mental functioning are biological diseases.

These claims by prominent psychiatrists agitate critics.  No biomarker for any psychiatric disorder has yet been identified. Genetic vulnerabilities have been discovered, but nothing resembling a smoking gun.  Functional brain imaging reveals biological correlates of mental impairment, not etiology, and no such imaging can diagnose a specific psychiatric condition.  Our best account for most mental disorders remains a complex interaction of innate vulnerability and environmental stress, the “diathesis-stress model.”  These psychiatric leaders know the research as well as anyone. How can they call psychiatric disorders brain diseases without scientific proof?

The brain mediates all mental activity, normal or not.  Consequently, any psychiatric intervention — or influential life experience — acts upon the brain.  This is not a new discovery.  A century ago, Sigmund Freud wrote “Project for a Scientific Psychology,” in which he proposed that ultimately the mind would be understood biologically.  No modern studies of brain tissue, no genetic testing, no advanced brain imaging were needed for the father of psychoanalysis to posit that mental activity arises from biology.  It is a philosophical position, monism as opposed to Cartesian dualism, not a scientific finding.  Note that Freud could then have made it a point to declare, as Drs. Insel and Kandel do now, that all mental disorders are biological diseases.  No additional science was required even a century ago.

He didn’t because there was nothing to gain.  The best treatments at the time were psychological, not biological.  There was no grant money at stake, no research agenda to support.  The status and livelihood of early psychoanalysts did not depend on their treatment being biological.

Psychiatric “brain disease” is neither an exaggeration nor a lie.  It does not require scientific proof — and brain imaging has neither strengthened nor weakened the case.  For as long as one is not a philosophical dualist, it is surely true.  In theory, all psychology can be reduced to electrochemical events in brain cells. All psychopathology can be reduced to aberrant electrochemical events, i.e., brain disease.

Without elucidating the causative mechanisms, however, this reductionism amounts to little more than political rhetoric.  Calling psychiatric disorders brain diseases serves no clinical or research purpose, it only serves political ends: bringing psychiatry into the fold as a “real” medical specialty, impressing Congress and other funding sources, perhaps allaying stigma.  As a tactic it smacks of insecurity and self-aggrandizement, wholly unbefitting a serious medical specialty.

Freud’s psychoanalysis acts on brain cells, and ultimately alters chemical bonds in those brain cells.  We could rename psychoanalysis and psychotherapy “verbal neuromodulation.”  But to what end?  A reductionistic account of this sort, festooned with pseudoscientific verbiage, has no practical significance.

Brain research is a young field.  It should be vigorously pursued for what will surely be learned.  If history is any guide, many conditions currently considered psychiatric will eventually be explained biologically — and ironically, they will no longer be psychiatric conditions, as was the case with Huntington’s disease, brain tumors, lead poisoning, and many other diseases that now belong to other medical specialties.

Stumping for psychiatry as clinical neurobiology will be justified when basic research in this area affects clinical practice. Until then, “brain disease” is only a philosophical technicality, a spin, to give our clinical work and the institution of psychiatry an air of scientific credibility.  Particularly in light of how diseases leave psychiatry once they are well understood, the field should embrace uncertainty, not preempt it with the premature use of brain disease language.

Discharged too early? The decision is more complicated than you think.

Shared decision-making in primary care: How can we make that happen? 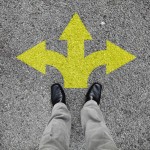