There is no doubt that Zika is causing worldwide hysteria as a rapidly spreading virus with potential of pandemic proportions. The virus is transmitted by the Aedes aegypti mosquito, which also carries both dengue fever and yellow fever.

While a relatively innocuous virus with 80 percent of those affected being asymptomatic, mild symptoms of illness such as fever, rash, joint pain, and conjunctivitis are associated. The most worrisome outcome of this virus is the link with microcephaly found in babies born to mothers affected during pregnancy. Microcephaly is a neurologic condition which presents with an abnormally small head, with incomplete brain development to varying degrees. The neurologic sequelae include seizure, developmental delays, hearing or vision loss, and intellectual disability.

The Ministry of Health in Brazil has confirmed the connection of microcephaly and the Zika virus: a staggering 3,893 cases of microcephaly have been reported in Brazil since October, compared to an annual incidence of 160 cases. This virus is unique in the family of the flavivirus for its ability to cross the placenta and affect fetuses.

The CDC has declared over 20 countries affected by Zika, with travel warnings issued. El Salvador, one of the affected countries, has even put out the strong plea urging its citizens to refrain from pregnancy until 2018. WHO anticipates this virus to spread to all the Americas, with potential to spread to warm areas globally where Aedes mosquitoes are distributed. It is no surprise then that this calls for global effort and urgent action.

How do we protect people, particularly pregnant women, from this virus?

President Obama calls to strengthen research efforts towards availability of better diagnostic tests, vaccines, and other therapeutic options. But, is there another way?

The British-based company, Oxitec, seems to think so. Rather than traditional approaches targeted at therapeutics, this company attempts to curb Zika with a primary prevention strategy using a transgenic mosquito model to diminish the overall mosquito population. They have created a genetically modified male Aedes aegypti mosquito, OX513A, that under laboratory settings with antibiotic, scientists can keep the mosquito alive.

However, when released in the wild, the gene eventually leads to its demise. The hope is before that, it can mate with wild type female mosquitoes to produce offspring that do not survive adulthood, thus leading to the decline of the population with the next generation. Originally created to combat dengue, efforts have now been turned to applications with Zika. There have been successful field studies where OX513A are released in geographically isolated neighborhoods, such as Moscamed in Brazil. Using a fluorescent marker introduced into OX513A, their genetic fingerprint can be tracked. The results are astounding: CNN reports Oxitec success rates of eliminating up to 99 percent of the target population. Ongoing field trials are occurring as we speak, in the Cayman Islands, Malaysia, and Panama.

Sounds ideal, but there is the rub: We are releasing a genetically modified, man-made species into the wild to lead to the demise of its own species. The mosquito has been a powerful foe of mankind: from malaria to dengue to yellow fever to West Nile to encephalitis. This strategy is a valiant attempt to solve the problem at its root, but this noble scientific intention is not without consequence.

We don’t have long-term data to provide answers on how it affects local ecosystems, food chains, public health, etc. Can OX513A develop resistance to the lethal gene or react with antibiotics used in agriculture? We don’t have answers on if it produces changes in clinical outcomes: Does the reduction in wild-type mosquitoes cause a decrease in dengue or Zika? How and who would regulate the release of OX513A on a macrocosmic scale? The FDA has been attempting to review impact of a proposed field trial to take place in the Florida Keys since 2012, with still no environmental assessment available.

The ramifications of this cascade are far-reaching, and perhaps, the making of a sci-fi movie. When we practice medicine, we are guided by four bioethical principles, one of which is nonmaleficence: Do no harm in an attempt to reach a beneficial outcome.

I can’t help but ask, do the benefits of public safety outweigh potential long-term risks? How will public response and education affect the acceptance of  “robo-Franken mosquitoes?”

Zika means “overgrown” in the Luganda language of Uganda, where it was first discovered in 1947. The beautiful irony of this is that perhaps, the potential solution to Zika is hidden in its name.

Trisha Kadakia is an obstetrics-gynecology resident.

The benefits of trauma-informed care in the NICU 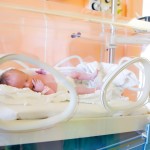 Create magic, one patient at a time 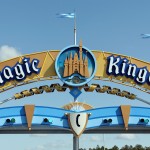