Walter was far older than his chronological age.  A mere thirteen years, he kept company with a much older crew.  Doctors, nurses, and CNAs were his constant companions.  The other kids on his floor were either too sick to interact, or came and left within a matter of days.  But not Walter.  His heart was too weak to allow his departure, but too strong to be first in line for a transplant.

So he passed his spare time with the staff.  He often duped me and the other medical students out of our pocket change with some confidence game or another.  He was like a younger sibling, or maybe the hospital mascot.  Everybody knew him, and everybody loved him.  Unlike friends and neighbors, however, we knew the most intimate details of his medical history.  We examined his body and ordered blood tests.  We were in charge of his well-being.

Walter was the patient I spent the most time with during my medical school career.  He was a constant presence throughout my three months of pediatrics.  The last day of my rotation, the nursing staff got the unexpected call.  Walter was prepped and taken to the operating room.  A child had died tragically, and Walter was given a second chance at life.  Around midnight, my team snuck into the ICU and peeled back the curtain.

Walter was alive and well.  A breathing tube snaked from his mouth, and chest tubes hung from his bedside.  The grayish pallor of his face had been replaced by a pink glow.  I took one last look back and left the ICU.  And left my pediatrics rotation.

And stepped out of Walter’s life forever.

Years later, I am struck by how many times I have repeated this cycle in my medical career.  Patients come and go.  The doctor is inserted at most intense moment.  The patient dies, or leaves the hospital, or exits the nursing home, or moves away.  We live a life of transience.

I used to think of this as intimacy.  As I get older, I question this belief more and more.  For true intimacy, confidence is earned, not given forthright. It is the product of shared struggle and trust.  And when someone you are intimate with dies or leaves your life, there is a period of mourning, a time for closure.

What physicians experience today is feigned intimacy.  We swoop into people’s lives during their most intense moments and leave abruptly.

It’s no wonder most of us walk the hospital floors with gaping holes in our sides that only we are unable to see.

Gasping for air amongst the charred remains. 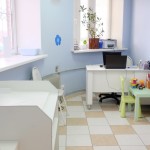