Major depressive disorder is typically multifactorial in origin. Some attributes commonly found in physicians, such as perfectionism, and self-sacrifice, may also increase the risk of depression. The response to physician suicides is to encourage access to mental health treatment, or to institute wellness or resiliency training. Though they may have their role, this focus on individual physicians as the problem is pernicious and marks us as somehow weak, when our distress is often located within an environment that adversely affects our mental health.

Mental health in the workplace

Reasons commonly cited for the high rates of depression and suicide in resident physicians include exposure to bullying, the long hours which can include working 30 hours at a time, and for some specialties routinely working over 80 hours a week, the rigid hierarchy, and punishing workloads. The JAMA study found no difference between surgical and non-surgical specialties however, suggesting that the culture of how resident physicians are treated in general, rather than the work hours or attitudes, which vary between specialties may be the problem.

There are two main models of work place stress that may help us explain this phenomenon. The first is the Karasek-Theorell Job Strain Model, which proposes that workers who have the highest demands placed on them with the least autonomy experience the poorest health. This is exactly the combination of demands and autonomy that resident physicians experience.

The second model is the Effort-Reward Imbalance, which suggests that workers who put in the highest effort but receive little in the way of reward have the worst health. Resident physicians make life-or-death decisions, perform complex procedures, and make challenging diagnoses, often with very little sleep. At the same time, a resident physician who graduated medical school in 2014 has a median debt of $180 000, and made a median salary of $51,250. Level of debt has been tied to increased risk of burnout in resident physicians. Though resident physicians can expect a handsome salary at the end of their specialty training and enjoy the intrinsic rewards of serving their patients, this is precious little consolation when crippled by six-figure debt and having a family to support.

Discontent with a system that undervalued us, resident physicians at the University of Washington, Seattle, overwhelmingly voted to form a collective bargaining unit as mechanism to tackle many of these issues head-on. To offset some of the pressures we face, we sought a fair salary, access to childcare and paid maternity leave. We conducted a survey of hardship experienced by residents at the University of Washington. We had almost 150 responses many of which were very similar, and revealed the high burnout and low morale seen across the country.

One respondent summed it up: “Setting aside the financial stress of being compensating so poorly, there is something very psychologically damaging about being so undervalued and under-appreciated.” Many residents reported experiencing bankruptcy, poor health, being unable to support their families or take maternity leave, attend medical appointments, fantasies about quitting or leaving altogether, relying on charity care, and financial burden from large medical bills for care received at the hospitals which they treat patients on a daily basis.

It is very clear that the disparity between the working conditions and the high levels of effort and training required of resident physicians is a major cause of dissatisfaction and burnout among residents. Unfortunately, thus far the University of Washington has not been responsive to the changes its resident physicians have asked for, further eroding the already low levels of morale of their frontline doctors. Although the compensation package at the University of Washington is lower than average, the tensions between the institution and its young physicians is symptomatic of the wider problem in the way residents are treated and compensated across the country. The consequence is already widespread misery. Institutions have a choice of whether this will lead to further tragedy.

Vivek Datta is a psychiatry resident. 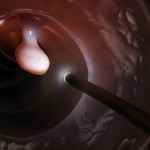