She had been a patient for several years, and I still remember meeting her that first time: Her breast cancer was stage IV at diagnosis, already established in her bones; she was scared; she was in pain. Surgery was taken off the table, and she was referred for medical therapy. We had discussed prognosis, the incurableness of her cancer, and our hope that treatment would not only give her time, but give her quality of life.

She enrolled in a trial of an angiogenesis inhibitor plus chemotherapy and had a remarkable response. Her blood tests (the tumor markers) were normalizing, her pain medication requirement whittling down to zero, and her scans showing no new disease and no changes in her bone lesions. We were both excited to see her doing well. More importantly, treatment had very few side effects — at least at first.

She stayed on treatment for over 15 months, all the while being a mother to her daughter and a daughter to her own mother. The three often came into clinic together, and more than once, I had mentioned how remarkably similar they all looked.

And then, the pain returned. She got out of bed one morning and stretched. No unusual yoga moves, no trips on carpets. She just stretched and then experienced the acute onset of pain in her leg. She had to sit down due to the intensity of the pain. Later, she told me how her heart rate sped up, and she started to sweat — not because of the pain necessarily, but because she knew it meant the treatment had stopped working.

We had her admitted to the hospital, where we confirmed a pathologic fracture of her femur. Surgery was required, and that meant she needed to stop treatment for a while. Just as well, I thought, since it had ceased to keep her cancer in check.

I hoped she would be well enough to have another trial of chemotherapy, but her postoperative course was complicated and her hospitalization prolonged. She became medically debilitated, lost so much weight. She could not go home afterwards, and the team had recommended a skilled nursing facility — a tough blow for someone so young. I saw her prior to her discharge, explaining that I would be here when she came to clinic.

“There are still options, right?” she inquired, staring at me intently.

“Sure, there are options,” I said, and I believed it, mostly because I held out hope she would recover once she was out of the hospital.

A few weeks later she came to clinic. She didn’t walk in; she was in a stretcher. She was essentially bed-bound since her discharge. I walked in the room, and my eyes immediately connected with hers, which still shined brightly, despite her condition. She had lost even more weight and even though she smiled valiantly, I knew our conversation would be difficult. It was then that I looked around the room and saw her mom and her daughter, both looking so exhausted and so scared.

“How are you feeling?” I asked her.

“I feel fine,” she said. “When can we start treatment again?”

Looking at her, I knew she was dying — that she probably had only so many months left. I still remember struggling for the right words to say, words to provide her with hope yet grounded in the reality of the situation.

“We could do more treatment, and certainly there are options available, “ I said. “But, you’ve been getting worse since the surgery, and I don’t see how things have gotten better. While chemotherapy is aimed at treating cancer, it can be a double-edged sword: meant to heal, but very capable of hurting you, too.”

“I am not sure what you are saying,” she responded.

At that moment, I looked up at her family, who were staring at me as well. I wished I could read their thoughts, but even in hindsight, I can’t be sure what they were thinking. I felt the need to press on.

“Remember when we first met? I told you I would always be honest with you. If I can help you, I would, and I would provide you with our choices. If I cannot, though, if I feel you are dying or that time is short, I would tell you that, too.”

“I do,” she said, her eyes glistening with tears.

“Well, I think that it’s time. You’re too weak for treatment, and any treatment will likely hasten your death. I think we should hope that you don’t suffer and that we can make whatever time you have as good as possible. You have a loving family, and I want you to enjoy every moment you have with them.”

She started to cry and dropped her shoulders. “I knew it,” she said. “I could feel that I wasn’t going to survive much longer. Just promise me I won’t suffer.”

“I promise,” I told her, making sure to make eye contact with her, her mother, and her daughter. “Whatever you need from me — any of you — I will be right here.”

I have found that for my patients, clarity is as important as honesty, especially when it comes to the management of advanced disease. I think it’s because of the unpredictability of metastatic cancer: I can see someone one day and render an opinion that all is well, and then a month later see that they have rapidly deteriorated and recommend hospice. I have learned that if I feel someone is dying or does not have long, it does no one any good to waver, such as to offer more treatment. It may make it easier for me emotionally to deal with the situation, and may provide hope to my patients. But I’ve learned that doing so would rob them of precious time — time that is so short, as my patient understood.

Since that encounter, I have come to believe in the importance of early intervention with palliative care. I see my colleagues as an integral part of a multidisciplinary team, helping to support my patients with metastatic disease, well before the time comes to stop cancer treatment. The benefits of early intervention have been shown in randomized trials, and now we are learning that there are benefits for caregivers as well.

The end of life is a difficult time for our patients and their families. Our actions and words should provide solace and redirect hope towards comfort and peace. This is where medicine becomes an art, and when the humanity of the clinician is most important.

From medicine intern to radiology resident: Is the grass greener? 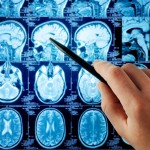 These are the reasons why health insurers have to change 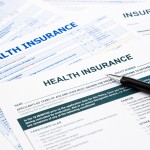 At the end of life, medicine truly becomes an art
3 comments