I am a bit of a coin collector, and recently I visited my favorite coin shop in downtown Louisville.  I was met with this news: A coin dealer I know in Austin, Indiana had been killed recently, murdered in his own coin shop, shot in the head by robbers.  Four persons were later arrested when coins belonging to this elderly man were found in their possession.  Austin, Indiana is, by the way, hardly an urban area.  The suspects are believed to be a part of the heroin epidemic rampant in Indiana.

The same epidemic is nearly as severe here in Kentucky, where I live.  In Louisville, there have been 1,500 arrests so far in 2015 for heroin possession. This according to the local newspaper, the Courier-Journal. Two years ago, the number was 65.

In New Hampshire and Vermont, the problem is huge, overwhelming the systems designed to deal with such matters, and similar situations have to exist in other states, or are on their way there.

The movie stars, the comedians, the late night TV hosts and yes, print journalists too, seem to believe in great numbers that marijuana use, where drug activity often begins, is cute.  I don’t share that opinion.

Can adult citizens believe, in the face of growing evidence to the contrary, that the casual attitude we have adopted concerning marijuana use, has not led to the unhappy situation we now face with heroin?  Of course, it doesn’t help either that we are 5 percent of the world’s population and use 80 percent of the world’s drugs.

I deliberately used the word “adult” in a previous sentence because I believe we have few true adults in the political system, the leadership, that is.  Does anyone believe, for example, that a President Trump would be any more stringent on drug use than is our current president?  Or would Ben Carson come down hard on drug use?  I think not.  And Hillary Clinton, by all indications, would be a continuation of the Obama years.

As I understand the law, the president, the federal government itself, could at any time quickly close down the marijuana trade in Colorado and Washington state.  But not without an enormous outcry from the individuals and states affected.  Obviously, big bucks are involved in this marijuana industry, and there is something for everyone: the growers, the sellers, the tax collectors, the users.

In conservative Kentucky, there are elements here now pushing hard for medical marijuana legalization.  And I am certain legislators from other states are hungrily looking on, watching for the right moment to make the substance legal in their states, attracted as they must be by the big money involved.  Legalized gambling has had the same draw, but this is much more ominous.  It involves our children — or in my case, grandchildren.

With marijuana legalization, first it is medical marijuana offered the citizenry, and then the real deal is brought forth.

I admit that cash-poor Kentucky needs the revenue, as do a lot of other states, but at what cost?  Well, the price is becoming increasingly clear and alarmingly so.  The price is heroin addictions, and big time at that.  For some of us it is already here. 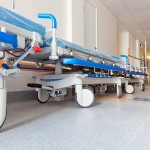 Would heroin addiction be the price of legalizing marijuana?
23 comments