“I remember how hard it was to be a third-year medical student,” one of my residents once said to me. “You have to appear constantly enthusiastic. You feel continuously judged and evaluated. And worst of all, you know, deep inside, that if you were to get a cold or something and not show up one day, not one bit of the daily workflow would change because as far as pivotal people on the team go, you aren’t one of them.”

And with those words, my resident smiled and let me go home early, while she and the other residents stayed to finish up last-minute tasks and sign out to the night team. I was too excited about getting out early to think much about what she said that day. (Golden rule of third year: If your resident sends you home early, don’t argue. Count your blessings, and go home.) But more and more, her words have begun to resonate with me — they summarize so well what I’ve struggled with as a third-year med student.

On a day-to-day basis, third year is awesome. The patients I’ve met have been absolutely incredible, and I’ve been so grateful for the stories they share and their willingness to teach me about their medical conditions. When I first started third year, spending time with patients was more than fulfilling for me, and I felt lucky that, as the medical student on the team, I had more time than others to do that. But, after a couple months on the wards, I felt myself growing a little restless — I wanted to do more to contribute to patient care in a meaningful way.

The trouble is that, as a student, it’s often difficult to do more. For instance, on some rotations, my classmates and I were told that we didn’t need to write notes, because they couldn’t be used as official patient notes anyway. At first, I rejoiced — writing notes, while at first novel and exciting, quickly becomes a tedious chore. But then, I realized that not writing a note meant one less way I could contribute to the team. On other rotations, even when we did write notes, the Epic medical student note template would have red, bolded text at the top that said something like, “Medical student notes are for educational purposes only. No part of this note may be copied or used.” That made me feel even less worthwhile; why was I spending time writing this note if it was very obviously not usable?

Ironically, this lack of a defined medical student role is also one of the greatest blessings of third year because it relieves you of responsibility. There were many days on my medicine rotation where our team was swamped with admissions, but since I was already carrying three or four patients of my own, my team would let me go home early, while they stayed to work till late hours, often past midnight.

But that doesn’t make it easier to come to terms with the fact that as a medical student, finding meaningful ways to contribute to the team is sometimes challenging.

I mentioned my unease to one of my faculty mentors, who gave me a piece of advice I’ve tried hard to incorporate into third year: “Your job as a medical student is to make yourself two things: teachable and indispensable. Be an excited learner, call consults, follow-up on studies for patients, offer to update discharge summaries, give presentations and teach the team. Make it so that if you’re not there, the team feels the weight of your absence.”

Of course, what my mentor told me is easier said than done. But it’s helped me increase my sense of self-worth as the medical student on the team; and if any of you readers are or will soon be third/fourth-year medical students, maybe it’ll help you as well.

Pharmaceutical free speech is anything but free 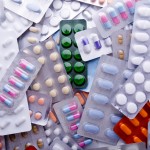