I’m struck, sometimes, by the vehement tone of some of the antivaccine comments you see out there. People who hate or distrust vaccines proudly proclaim that their Googling and life experiences have taught them that vaccines are bad. They don’t care what the science or the evidence shows. They know what they know.

Me? I’m not so much into vehemence and dogmatism. I’ll follow the evidence. Show me solid science that what I’m doing is wrong or harmful, and I’ll learn. I’ll let science — observations of the natural world — guide me, rather than what Facebook or Google or “my gut” says. Why? Because our guts can so easily be deceived.

A quick example: A baby gets vaccines, and five days later develops a health thing, like a life-threatening allergy to peanuts, or a fever, or SIDS, or a rash, or a fussy night, or anything. The “logical” thing to do might well be to correlate one with the other. Baby got vaccine, a few days later something happened, so they’re related, right?

Wrong. Just because one thing follows another, one thing doesn’t cause another. In Latin, this is called the post hoc ergo propter hoc fallacy. An easy example:

My phone broke when I joined Netflix. So Netflix broke my phone. No, they’re probably unrelated. Phones break all the time, and people (used to) join Netflix all the time.

Babies in the first year of life have about five separate encounters for vaccines. (It actually may be from 4 to 6, depending on timing and how the flu vaccine might be given, but we’ll just say “5.”) So 5 of the 52 weeks of the first year of life — or about 1 in 10 — are, in fact, within a week following vaccines. Think about that. If anything bad happens in that week, and there isn’t another clear explanation, the bad thing may well be blamed on vaccines.

Statistically, about 1 in 10 babies who die of SIDS had a vaccine within the preceding week. That sounds scary, right? But in fact, 1 in 10 ordinary, healthy babies from 0-12 months of age had a vaccine within the preceding week. There is no greater chance of dying of SIDS in the week following a vaccine than there is in any other week. (In fact, vaccines are protective against SIDS — babies are less likely to die of SIDS if they’ve been vaccinated.)

Sometimes, a specific emotional story can frame a discussion. A friend of mine, a pediatrician, told me this story: his office was called at 4 in the afternoon by a mom who missed her baby’s four month well check appointment because their car broke down. No problem, she just rescheduled. But that night, her baby died of SIDS. That’s a terrible tragedy. What would the family had thought if that same baby had in fact gotten her vaccines that very day, and died that night? It was just a fluke that the car broke down. But you can imagine how the story might have played out on Facebook if the baby had been vaccinated that day.

And Facebook — we’re just beginning to realize how the expansion of social media is skewing our perception of the world around us. I’ve called this the “exaggerating freakiness” effect. (I need to find a Latin phrase for that, or it will never catch on.) When an ordinary thing happens — and millions of ordinary things happen, every day — no one runs to the Internet to post about it. But we love to post about the weird things, the unexpected things, and the one-in-a-million things. We don’t read about the millions of babies who get their immunizations without any problems. But we do read about babies who had issues after vaccines — whether or not the vaccines had anything to do with the problem. We can’t tell from Facebook posts whether one thing caused another, or even if the story is true. None of that matters. What we remember are stories that have emotional impact, regardless of what they mean about reality.

Parents do not need to worry about vaccines. They’re safe, they’re effective, and there is an extremely small risk of serious side effects — far outweighed by the good they’re doing keeping children and communities safe throughout the world. Don’t let headlines, click-bait, and emotional arguments trick you into worrying. Play it safe, protect your kids, and immunize.

Medical students are depressed, but they’re taking the wrong drugs 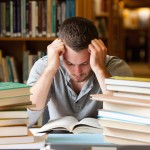 Why a patient panel is an outdated concept in primary care