Through Dec. 15, federal regulators will accept public comments on the next set of rules that will shape the future of medicine in the transition to a super information highway for electronic health records (EHRs).  For health providers, this is a time to speak out.

One idea:  Why not suggest options to give leniency to older doctors struggling with the shift to technology late in their careers?

By the government’s own estimate, in a report on A 10-Year Vision to Achieve an Interoperable Health IT Infrastructure, a fully functioning EHR system, for the cross-sharing of health records among providers, will take until 2024 to materialize. The technology is simply a long way off.

Meanwhile, doctors are reporting data while the infrastructure for sharing it doesn’t exist.  Now, for the first time, physicians will be reporting to the federal government on progress toward uniform objectives for the meaningful use of electronic health records.  Those who meet requirements will be eligible for incentive payments from Medicare and Medicaid, while those who don’t may face penalties. In addition, audits are expected to begin in 2016.

Amid this shift to a new, data-driven health care system, the nation needs older doctors to keep practicing to meet present needs of an aging population, as well as an expanded Medicaid system.

If burdensome reporting rules encourage retirements, as some studies indicate, the building of an information highway may result in the unintended consequence of a bottle-necked road to seeing a physician.  The likely result: Nurse practitioners will deliver a greater share of the nation’s health care. Some critics say the medical profession exaggerates a coming shortage of physicians.

Yet concierge medical practices are growing in number, luring those willing to pay a premium to see a doctor quickly for extended-time visits.

Last year, the New York Times reported on long wait times for doctor appointments as a new norm, and not just in traditionally under-served rural areas.  The article pointed to one study that found patients waiting an average of 66 days for a physical examination in Boston, and 32 days for a cardiologist appointment in Washington.

Think of what the wait times would be if mass retirements materialized, as suggested by findings of a 2014 survey of 20,000 physicians by The Physicians Foundation. Thirty-nine percent indicated plans to accelerate retirement due to changes in the health care system.  Others reported plans to cut back on patient caseload or seek different jobs.

The potential for disruption is even more startling when you consider the number of older doctors in practice.  According to R. Jan Gurley, a physician writing on the blog of the University of Southern California’sCenter for Health Journalism, one in three doctors is over 50, and one in four is over 60 — despite roughly 20,000 newly medical school graduates a year.

Because of what’s at stake — potentially the very underpinnings of our nation’s health care system — health providers should speak out forcefully during the government’s open comment period.  Yes, it is late in the rulemaking game for EHRs.  But new rules are being written for 2018 and beyond, and modifications are being made to rules in effect through 2017.

Would an outpouring of thoughtful, well-documented recommendations make a difference?  In a democracy, the answer should be yes.  The value of keeping older doctors in practice far outweighs the benefit of driving them crazy as they try to meet reporting requirements with often-clumsy EHR technology.  The challenge is to find a middle ground.

Why is UnitedHealthcare thinking of bailing on Obamacare? 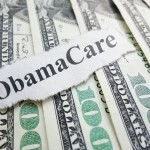 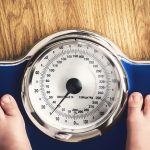