The American Medical Association (AMA) recently called for a ban on direct-to-consumer (DTC) advertising of prescription drugs and medical devices, arguing that this type of advertising drives the nation’s escalating drug bill by creating demand for new, expensive medications that are often no more effective than older ones. Since the first televised prescription drug ad aired in the U.S. in 1983, pharmaceutical companies have spent billions of dollars on DTC advertising, including $4.8 billion in 2014. The ads are worth every penny. According to Kantar Media, 76 percent of Americans have seen at least one DTC ad on television in the past 12 months, and 1 of 3 who viewed these ads took some action as a result.

The AMA’s call comes at a time of increasing public concern about the potentially harmful impact of loosening restrictions on marketing and promotion of off-label use of drugs. Although the U.S. Food and Drug Administration (FDA) has historically prohibited this practice, earlier this year a federal District Court judge blocked the FDA from enforcing restrictions on promoting a prescription fish oil product for an unapproved indication. The judge determined that if the FDA refused permission to distribute the promotional materials, it would violate the company’s First Amendment right to freedom of speech.

Although recent Supreme Court decisions have established that for some purposes, corporations have the same rights as people, there are real dangers to allowing the pharmaceutical industry to claim anything they want about their products to physicians or consumers under the guise of free speech. A Canadian cohort study published in JAMA Internal Medicine found that off-label drug use was 44 percent more likely to be associated with adverse drug events than on-label use, a difference driven almost entirely by the prescription of drugs without strong supporting scientific evidence (about 80 percent of all off-label prescriptions). The top five drugs used off-label were quinine, gabapentin, quetiapine, amitriptyline, and risperidone.

A 2014 American Family Physician editorial by Drs. April Fitzgerald and Patrick O’Malley discussed how family physicians can “stay on track when prescribing off-label.” The authors noted that the toughest calls occur when evidence suggests potential benefits but the harms are not well described:

Pharmaceutical free speech is actually anything but free. By directly encouraging patients to request new medications from physicians, and by promoting drugs for unapproved uses, the industry will not only continue to increase national spending on prescription drugs, but expose even more patients to an unacceptable risk of iatrogenic harm. 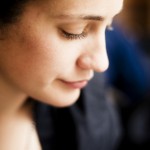 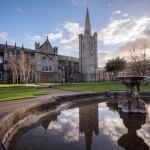 Pharmaceutical free speech is anything but free
14 comments