Studies have varied in their estimates of depression in medical school students, but they all show a similarly startling trend. Medical students have a higher depression rate than their non-medical counterparts. This culminates later in life with physicians with higher than average alcohol abuse problems and higher than average suicide rates, with male MDs 1.5 times as likely, and female MDs twice as likely to commit suicide than their non-medical counterparts.

Yet even with the ability to haphazardly recognize and diagnose depression gained by the end of year 1, only as few as 1 in 4 sought any professional help or treatment for their situation.  Even in those considering suicide, rates for seeking help are dangerously low, with less than 1 in 2 seeking professional help.

The fact is medical students fear the stigma of depression. “My classmates or professors would think less of me.” “It could impact my professional appearance.” “I would be viewed as less intelligent.” These are commonly sighted reasons for avoiding professional help. Still others simply claim they do not have the time to be depressed, with prescription appointments and counseling being seen as too time-consuming for their busy schedule. It is no surprise then, that so few medical students pursue the use of SSRIs or alternative drugs for therapeutic benefit. They don’t think they need the help, they don’t think they have time for the help, and they think that they will be fine without it.

While a direct correlation between depression in medical school students and the use of prescription stimulants, like amphetamines, to cope with the demands has not been studied; it is interesting to note how polar opposite medical students’ feelings are towards each. They are as a whole unwilling to divulge feeling of depression or seek professional help, yet overtly willing to pursue prescription stimulants. In the same sweep of the hand they claim that they do not have time to be depressed or seek medical intervention but have all the time in the world to be diagnosed, schedule prescription appointments, and jump through the required hoops to receive prescription stimulants. After all, one can just imagine how much free time one would have once prescribed such a miraculous study aid.

Why there exists a belief in treating one, but not the other is a question that should be considered. If prescription stimulants bring one’s ability to concentrate up and make one a more efficient student, than to the depressed student, prescription stimulant’s effects should be the same. Why risk the negative stigma of depression, when they can be superficially prescribed, when they can avoid the truth, and while they can assure themselves everything is still OK. In theory, at least to my largely inexperienced person, this will get my fellow classmates and I through school without the risk of being labeled depressed or suicidal, but in the long run, the statistics do not lie. We remain depressed. We remain afraid of the truth. We remain held back from our full potential as future doctors, held back from all we could accomplish. We need to view not treating depression as the problem, not experiencing depression itself. When depressed, we need to pursue treatment with the vigor we seem to pursue prescription stimulants as the lack of treatment of any sort, not the overuse of prescription stimulants is the greater issue here.

If a physician who treats himself has a fool for a patient, then we need to make it understood that it is completely acceptable for the physician in training, even the physician in completion, to turn to another as a patient. We need to learn that it is better to admit to others when we need help, than to sit alone in the dark. And finally, we need to ask why so many of us are willing to pursue prescription drugs for a disorder that statistically many of us do not have, yet so unwilling to pursue treatment in any form for a disorder that afflicts so many of us. 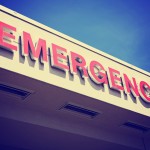 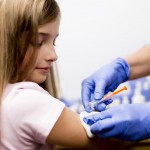