The clues are usually there, even in the hardest of cases. They just aren’t presented to you on a silver platter.

Gwen Stephenson had an ill-defined polyarthritis and had been on methotrexate for some time. Her rheumatologist, Norm Fahler, had tapered her off the medication while keeping an eye on her inflammatory markers and they had leveled off at just above the normal range.

Seven or eight years ago, Gwen had suffered a bad bout of sciatica, and a few weeks ago, she had told me her sciatica was bothering her a little again. “Not enough to have those injections yet, mind you,” she had said with a grimace and a gesture indicating the length of the needle her pain specialist had used to deposit the steroid in her lumbar epidural space.

I accepted her assessment that her sciatica was not of the magnitude that it required any immediate intervention.

After Gwen left, Autumn came into my office to pick up some forms I had signed, and she said: “Did you notice that Gwen’s temperature was 99 for the second time in a row? I wasn’t sure if I should have pointed that out to you.”

I had not noticed it. Looking back, I saw that a week earlier, when she had come in just for her B12 shot, it had also been 99.

“I’m not sure if that means anything,” I remember saying.

Two days later, Gwen came in with a nasty cough, and I thought I could hear some very faint rales in her lower left lung. Her temp was 99.4, and I put her on antibiotics for pneumonia. We didn’t have x-ray available that day, but it was obvious at that time she needed an antibiotic.

The following evening I was on call. Gwen phoned the answering service around 9 p.m. and asked if an axillary temperature of 103 was high enough to be alarming. She hadn’t been able to take an oral temperature because her teeth were chattering with the terrible chills she was having.

She was admitted to the hospital, where intravenous antibiotics were started for her apparent pneumonia. Her fever didn’t come down, and the radiologist disagreed with the initial emergency room reading of her chest x-ray. So she became a fever of unknown origin. The blood cultures that were drawn in the emergency room grew staphylococci, and, because her back pain kept getting worse as she lay in bed day after day, she had an MRI of her lumbar spine. This showed a possible discitis at L5-S1 and a psoas abscess.

They teach you in medical school that early imaging isn’t indicted with back pain or sciatica, unless there are red flag symptoms. Fever is one of them. But Gwen’s back pain was recurrent, and had been there for a while, and her fever was borderline when I saw her, and it developed after the back pain. Still, I was quite humbled. I wasn’t actively connecting all the dots, and I was too focused on the housekeeping tasks of her diabetes care to see the subtle manifestations of her smoldering infection. 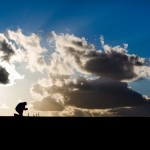 7 things doctors should consider before signing for a new job 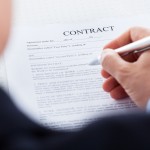 A low-grade fever that humbled this physician
5 comments