Spend spend spend — that’s the push by marketers and websites this time of year. Except from me. Here are three holiday gift things nobody needs. Save your money, or buy something else if you must, but stay away from today’s featured items:

1. Crib bumpers. The American Academy of Pediatrics has called for banning these things since 2007, but they’re still sold. And they’re still killing babies. A November 2015 study shows that deaths from bumpers, usually by suffocation, have about tripled over the last several years, even as “safer” options like mesh become more popular.

Bottom line: Crib bumpers are unnecessary, and don’t do your baby any good. They exist only to give you (or your shower-gift buyers) something else to spend money on. You’d be safer just throwing your money out in the street.

2. Baby walkers. Here’s a thing that delays both motor and mental development — babies in walkers walk later, and also show delays in language and problem-solving skills and is also associated with a markedly increased risk of dangerous falls, boiling water spills, amputations, and deaths. Canada banned them in 2004. There is absolutely no point to putting your baby in a walker, unless you want to slow his development, increase his risk of injury, and (of course) blow some money.

3. Amber teething necklaces. I think the fad has passed anyway. But for those who missed it, you can still buy these things. Don’t. There’s no evidence or plausible reason to think they’d help. And putting a ligature or necklace around a baby’s neck is considered a Bad Thing because they can’t reach up and untangle themselves if it starts choking them. That’s why you don’t see necklaces on babies, and why those straps to prevent losing a pacifier are so short. You do not want things wrapped around your baby’s neck.

So what to do with all of the money you’ve saved? Tuck it away in the college fund. Or spend it on yourself, on a parents’ night out. Just don’t spend it on something that’s useless and might hurt your baby.

Hospitals and doctors should better prepare for winter. Here's how. 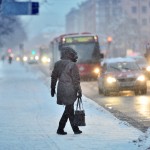 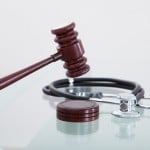