Two decades ago, I admitted a patient to the intensive care unit for a heart attack. His children were grown, and he looked forward to retirement purchasing an RV to relax and travel the country with his wife.

Invasive cardiac technology had not evolved, so he remained in the ICU on intravenous medication to control his symptoms. On the fifth hospital day, his wife brought a letter from the insurance company denying any further payment in the unit. His conversation the next two days centered around this letter, and as you suspect, the stress exacerbated his heart attack and he died.

Nowadays, it is commonplace for insurance companies to deny doctor ordered care with a simple explanation: “not covered.” Medication is changed without physician authorization, diagnostic procedures are denied, and hospitals pressure doctors to discharge patients, sometimes too early.

The public must wonder why educated professionals are now marginalized in medical decision making within their own field.

The government has always been leery of business involvement in medicine with legislation to prevent unscrupulous profiteers affecting patient care. Laws enacted to protect the public and ban the corporate practice of medicine (CPM) are overseen by states, and, therefore, varies throughout the nation.

In California, hospitals are not allowed to hire or directly employ physicians for fear it will taint their medical judgment. Control of doctor salaries, pay raises, bonuses, and retirement might lead to coercion compromising care.

Health care corporations, including hospitals as well as insurance and pharmaceutical companies, are wealthy special interest groups with swarms of lobbyists influencing state legislators. With vast media PR, they have convinced the public of their solution to control spiraling health care costs. Protective CPM laws have been whittled away distorted by health care corporations as “archaic” and “detrimental” to advancing patient care. They want shareholders to benefit, while the public suffers.

Interference in doctor decision making is now more profound in all aspects of medicine. Specifically, templated strategies have been crafted by hospital lobbyists and administrators to legally avoid the appearance of physician controlled employment. Instead, they have signed contracts with doctor groups (ER on-call specialists, radiologists, pathologists, anesthesiologist, cardiologist) controlling them financially, and often influencing patient care.

With this also comes internal political influence. The physician medical staff is recognized legislatively as being independent and “self-governing,” but votes to elect leadership are shepherded by administrators toward those doctors who reside under their influence.

Controlling this leadership is a goal of hospital administrators. With this power comes the ability to eliminate physician whistleblowers through sham peer review, hiding unfavorable statistics, setting harmful policies and procedures, establishing distorted criteria and standards; and filtering complaints from doctors and hospital staff. Ultimately, it establishes an autocracy without democracy.

The corporate practice of medicine is really the corporate control of medicine. This is why doctors are marginalized in decision-making, yet the public has not grasped this reality. On the horizon, medical care will only deteriorate as these health care corporations further erode protective CPM laws.

To what degree must the public be financially assaulted with increasing premiums, larger deductibles, non-covered medical fees, and outrageous hospital bills before they say “enough?” And when will we realize the complex legalese and barriers placed before us when we are told: You cannot choose your doctor; you cannot go to a specialist; you cannot have a CT scan; you must change your medication; etc.?

The corporate practice of medicine is overwhelming American health care, and will only worsen until it is recognized by physicians and the public.

Telling patients to diet and exercise isn't enough. Here's what you can do instead. 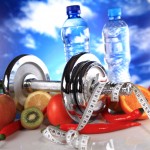 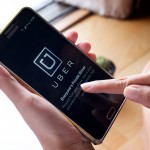